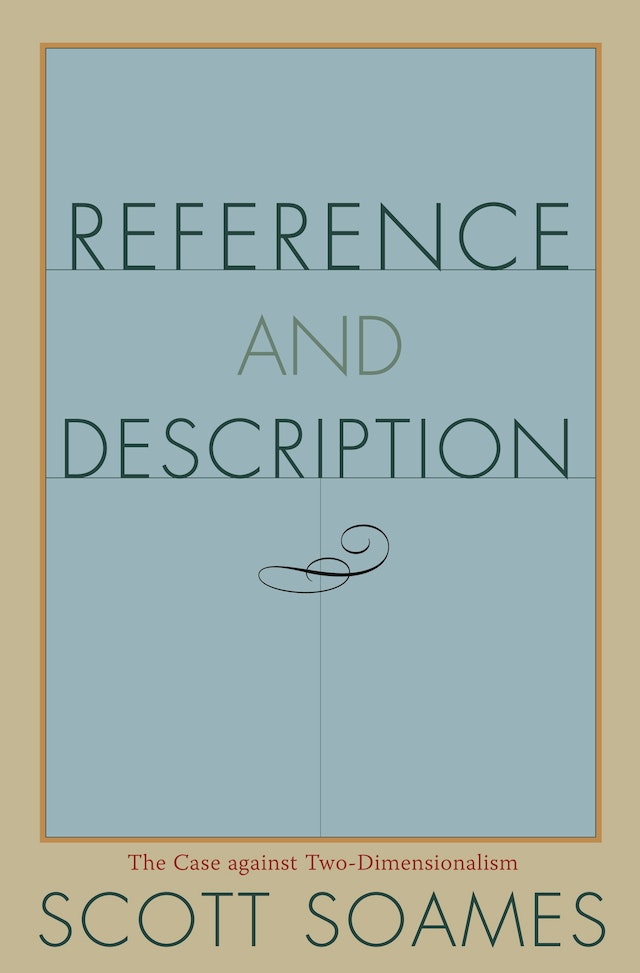 In this book, Scott Soames defends the revolution in philosophy led by Saul Kripke, Hilary Putnam, and David Kaplan against attack from those wishing to revive descriptivism in the philosophy of language, internalism in the philosophy of mind, and conceptualism in the foundations of modality. Soames explains how, in the last twenty-five years, this attack on the anti-descriptivist revolution has coalesced around a technical development called two-dimensional modal logic that seeks to reinterpret the Kripkean categories of the necessary aposteriori and the contingent apriori in ways that drain them of their far-reaching philosophical significance.


Arguing against this reinterpretation, Soames shows how the descriptivist revival has been aided by puzzles and problems ushered in by the anti-descriptivist revolution, as well as by certain errors and missteps in the anti-descriptivist classics themselves. Reference and Description sorts through all this, assesses and consolidates the genuine legacy of Kripke and Kaplan, and launches a thorough and devastating critique of the two-dimensionalist revival of descriptivism. Through it all, Soames attempts to provide the outlines of a lasting, nondescriptivist perspective on meaning, and a nonconceptualist understanding of modality.

"This outstanding book will define the literature on two-dimensionalism for years to come. Its clear, penetrating analysis and the responses it is sure to provoke from two-dimensionalists will take us the next step forward in our understanding of modality, apriority, and meaning."—Ted Sider, Rutgers University, author of Four-Dimensionalism

"An extremely significant contribution to the field. Two-dimensionalism is a hot—and important—topic in the philosophy of language and mind, and I expect that Reference and Description will become a, or perhaps even the, standard criticism of two-dimensionalism for some time to come."—Ben Caplan, University of Manitoba

"This is an excellent study with wide-ranging implications that will undoubtedly receive a lot of well-deserved attention. What Scott Soames makes vividly clear is that the lessons of the critique of descriptivism instituted by Kripke, Putnam, et alia, are easily obscured and have yet to be fully assimilated. The book is admirably well written, making it accessible not only to the specialist but also to the student."—Mark Eli Kalderon, University College, London