Key essays on comparative literature from the eighteenth century to today 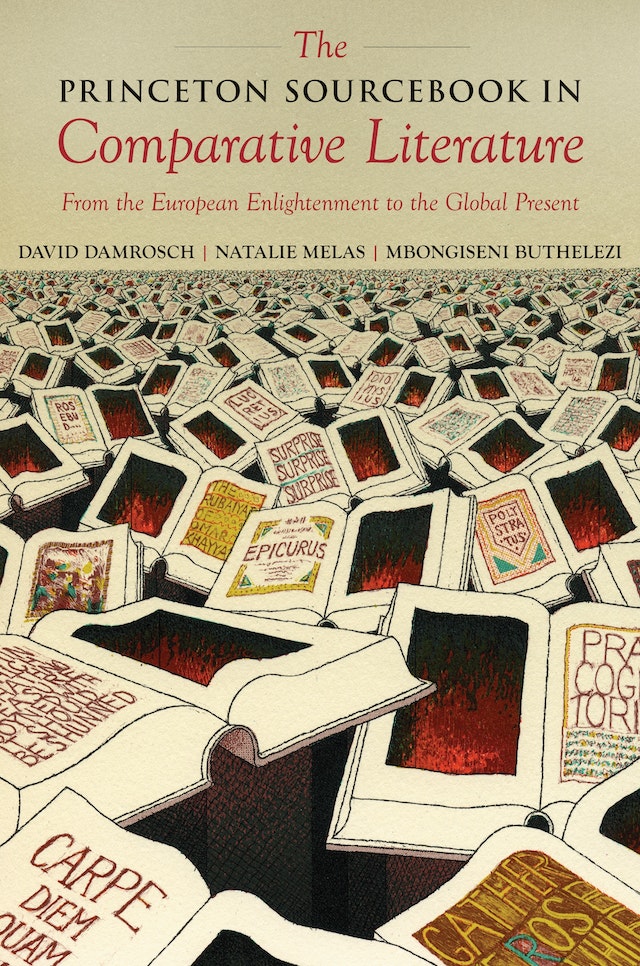 As comparative literature reshapes itself in today’s globalizing age, it is essential for students and teachers to look deeply into the discipline’s history and its present possibilities. The Princeton Sourcebook in Comparative Literature is a wide-ranging anthology of classic essays and important recent statements on the mission and methods of comparative literary studies. This pioneering collection brings together thirty-two pieces, from foundational statements by Herder, Madame de Staël, and Nietzsche to work by a range of the most influential comparatists writing today, including Lawrence Venuti, Gayatri Chakravorty Spivak, and Franco Moretti. Gathered here are manifestos and counterarguments, essays in definition, and debates on method by scholars and critics from the United States, Europe, Asia, Africa, and Latin America, giving a unique overview of comparative study in the words of some of its most important practitioners. With selections extending from the beginning of comparative study through the years of intensive theoretical inquiry and on to contemporary discussions of the world’s literatures, The Princeton Sourcebook in Comparative Literature helps readers navigate a rapidly evolving discipline in a dramatically changing world.

"Combining classic essays with little-known pieces from across the centuries and around the world whose take on comparative literary study is especially pertinent to debates today, The Princeton Sourcebook in Comparative Literature will be an indispensable resource for debates about how to conceive of literary studies today and in the future, and a salutary reminder that for comparatists the questions posed by globalization have always been on the table."—Jonathan Culler, past president of the American Comparative Literature Association

"Rebuilt many times on the high seas, comparative literature is a Noah's ark of texts, methodologies, languages, communities, and aspirations. This collection captures the restless, experimental, self-critical spirit of what has never been a discipline or a field but a project, from its emergence in the breakdown of Enlightenment universalism to current debates about circulation, translation, and value."—Haun Saussy, Yale University

"This is an excellent anthology of the main texts that define the field of comparative literature. These pieces show how the discipline has been organized in the past and where it is going in an age of increased globalization. The excellent introductions are concise, clear, and well written. This is a book that all students of comparative literature will want to read."—Jean-Michel Rabaté, University of Pennsylvania

"No other book gathers essays forming the major lines of comparative literature study from the Enlightenment to the present. I have no doubt that it will benefit anyone who teaches introductory courses in comparative and world literature. It is easy to imagine an undergraduate or graduate course structured by this book, with several literary works read alongside each of its sections. And The Princeton Sourcebook in Comparative Literature is scrupulously well organized and edited, with concise, informative biographical introductions that reveal the kinds of negotiations of language, national identity, and struggle that are at the heart of the discipline."—Kevin McLaughlin, Brown University