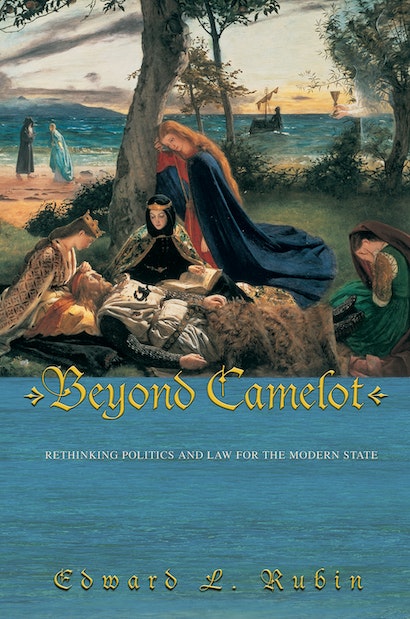 This book argues that many of the basic concepts that we use to describe and analyze our governmental system are out of date. Developed in large part during the Middle Ages, they fail to confront the administrative character of modern government.


These concepts, which include power, discretion, democracy, legitimacy, law, rights, and property, bear the indelible imprint of this bygone era’s attitudes, and Arthurian fantasies, about governance. As a result, they fail to provide us with the tools we need to understand, critique, and improve the government we actually possess.

Beyond Camelot explains the causes and character of this failure, and then proposes a new conceptual framework, drawn from management science and engineering, which describes our administrative government more accurately, and identifies its weaknesses instead of merely bemoaning its modernity.


This book’s proposed framework envisions government as a network of connected units that are authorized by superior units and that supervise subordinate ones. Instead of using inherited, emotion-laden concepts like democracy and legitimacy to describe the relationship between these units and private citizens, it directs attention to the particular interactions between these units and the citizenry, and to the mechanisms by which government obtains its citizens’ compliance. Instead of speaking about law and legal rights, it proposes that we address the way that the modern state formulates policy and secures its implementation. Instead of perpetuating outdated ideas that we no longer really believe about the sanctity of private property, it suggests that we focus on the way that resources are allocated in order to establish markets as our means of regulation. Highly readable, Beyond Camelot offers an insightful and provocative discussion of how we must transform our understanding of government to keep pace with the transformation that government itself has undergone.

Edward L. Rubin is dean of Vanderbilt University Law School. He is the author of Judicial Policymaking and the Modern State: How the Courts Reformed America's Prisons and Federalism: A Theoretical Inquiry, both with Malcolm Feeley. He has served as a legal consultant to the Russian Federation and the People's Republic of China.

"[A] fascinating and provocative book. . . . Rubin is to be congratulated. Beyond Camelot is an extraordinary effort, brilliant in places; it is certain to provoke a great deal of thought and suggest numerous avenues of future research."—Howard Schweber, Journal of Politics

"Anyone who desires to understand modern government should read Beyond Camelot."—Brian Z. Tamanaha, Law and Politics Book Review