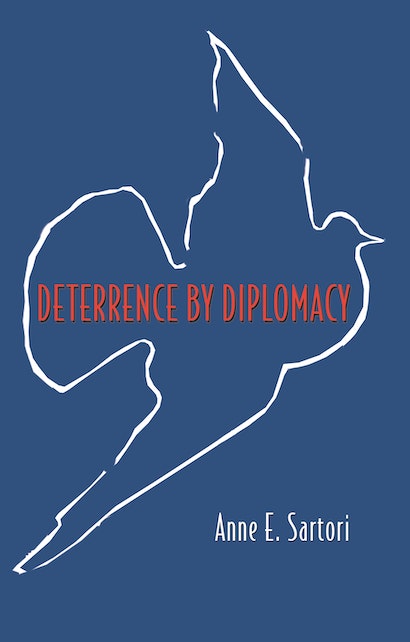 Why are countries often able to communicate critical information using diplomacy? Why do countries typically use diplomacy honestly, despite incentives to bluff? Why are they often able to deter attacks using merely verbal threats? International relations theory is largely pessimistic about the prospects for effective diplomacy, yet leaders nevertheless expend much time and energy trying to resolve conflicts through verbal negotiations and public statements. Deterrence by Diplomacy challenges standard understandings of deterrence by analyzing it as a form of talk and reaches conclusions about the effectiveness of diplomacy that are much more optimistic.


Anne Sartori argues that diplomacy works precisely because it is so valuable. States take pains to use diplomacy honestly most of the time because doing so allows them to maintain reputations for honesty, which in turn enhance their ability to resolve future disputes using diplomacy rather than force. So, to maintain the effectiveness of their diplomacy, states sometimes acquiesce to others’ demands when they might have been able to attain their goals through bluffs. Sartori theorizes that countries obtain a “trade” of issues over time; they get their way more often when they deem the issues more important, and concede more often when they deem the issues less important. Departing from traditional theory, this book shows that rather than always fighting over small issues to show resolve, states can make their threats more credible by sometimes honestly acquiescing over lesser issues — by not crying “wolf.”

"[This book] offers a concise, tightly argued analysis, with a clear theoretical position tested via elegant and creative research."—Patrick Morgan, Perspectives on Politics

"Deterrence by Diplomacy brings together several key issues in international politics—credibility, crisis bargaining, reputations, the interconnectedness of commitments, costly signaling, and diplomacy. It connects several important ideas in international politics and contributes to their development."—Robert Powell, University of California, Berkeley, author of In the Shadow of Power

"This well-written book is a pleasure to read, and I learned a great deal from it. Sartori presents complex ideas in an accessible manner, and provides a compelling example of both the use of formal models in analyzing complex problems and the sophisticated use of statistical methods."—R. Harrison Wagner, University of Texas at Austin