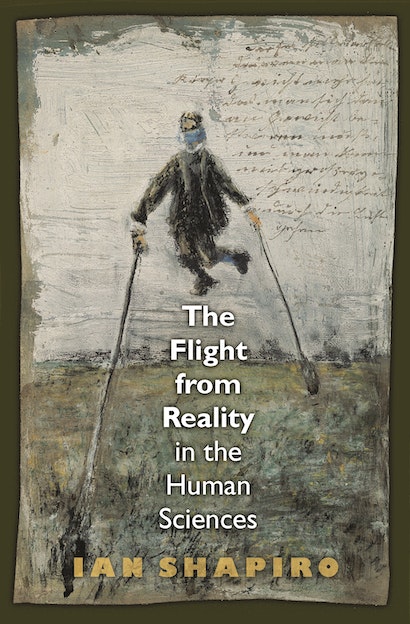 In this captivating yet troubling book, Ian Shapiro offers a searing indictment of many influential practices in the social sciences and humanities today. Perhaps best known for his critique of rational choice theory, Shapiro expands his purview here. In discipline after discipline, he argues, scholars have fallen prey to inward-looking myopia that results from — and perpetuates — a flight from reality.


In the method-driven academic culture we inhabit, argues Shapiro, researchers too often make display and refinement of their techniques the principal scholarly activity. The result is that they lose sight of the objects of their study. Pet theories and methodological blinders lead unwelcome facts to be ignored, sometimes not even perceived. The targets of Shapiro’s critique include the law and economics movement, overzealous formal and statistical modeling, various reductive theories of human behavior, misguided conceptual analysis in political theory, and the Cambridge school of intellectual history.


As an alternative to all of these, Shapiro makes a compelling case for problem-driven social research, rooted in a realist philosophy of science and an antireductionist view of social explanation. In the lucid — if biting — prose for which Shapiro is renowned, he explains why this requires greater critical attention to how problems are specified than is usually undertaken. He illustrates what is at stake for the study of power, democracy, law, and ideology, as well as in normative debates over rights, justice, freedom, virtue, and community. Shapiro answers many critics of his views along the way, securing his position as one of the distinctive social and political theorists of our time.

Ian Shapiro is the Sterling Professor of Political Science at Yale University, where he also serves as Henry R. Luce Director of the Yale Center for International and Area Studies. Among his many books are Containment [Princeton], The State of Democratic Theory and, with Michael J. Graetz, Death by a Thousand Cuts: The Fight over Taxing Inherited Wealth (Princeton); and The Moral Foundations of Politics.

"In these probing essays . . . Ian Shapiro offers a disturbing portrait of contemporary social science. . . . [He] calls for academics to reconnect the academic enterprise to the real world by returning to problem-driven social inquiry—an urging that scholars of international relations and other fields should indeed ponder."—G. John Ikenberry, Foreign Affairs

"Have you ever had difficulty talking to a political scientist about politics? If so, this book is for you. In a searing indictment of over-professionalization in the humanities and social sciences, Yale University's Ian Shapiro argues that across disciplines, academics have abandoned truth, so to speak, for method. . . . The Flight from Reality lays the foundation for reengaging scholarship with the historical world, by reminding us of its necessary role in public life."—Tikkun Magazine

"[B]oth political scientists and politicians can learn something from Shapiro's thoughtful reflections on the state of his discipline."—Alan Wolff, Chronicle of Higher Education

"Shapiro's book is an important addition to recent debates about the proper practice of social inquiry. Its central thesis is undeniably important, and its engagements with influential thinkers and ideas is consistently stimulating. It therefore merits the careful attention of anyone who is interested in the state of the human sciences today."—Keith Topper, Ethics

"Ian Shapiro's work has inspired a generation of both scholars and practitioners of politics—for the simple reason that he meets the standards of the former and the needs of the latter. In this book, he helps rescue the study of politics and society from moralists, who believe individuals have more control over their fates than history or economics would support, and from those scientists who view human behavior as mechanistic. He is a theoretician with solid grounding in the real world, a master-observer of the human capacity that is at the heart of the best and worst in political and social life—and everything in between: choice. He writes with a clarity that is refreshing as well as redolent of the confidence he rightly feels in his own judgments."—Strobe Talbott, President of the Brookings Institution

"With his characteristic boldness and insight, Ian Shapiro surveys the reigning theories in the social sciences and finds them wanting. A superb collection of essays from a trenchant critic."—Joyce Appleby, Professor Emerita of History, University of California, Los Angeles, author of Liberalism and Republicanism in the Historical Imagination

"Informed by normative political theory and the philosophy of science, and grounded in a deep knowledge of empirical studies in political science, Ian Shapiro's essays raise fundamental questions for those in all the disciplines—including law—who seek to understand and explain social behavior in the construction of decent public institutions."—Mark Tushnet, Carmack Waterhouse Professor of Constitutional Law, Georgetown University

"It is always a pleasure to read Ian Shapiro's reflections on political theory, the methodology of political science, and on the state of the discipline. He is sceptical but not cynical, he is critical without malice, and he laces his insights with a dry wit that makes some sometimes quite tough argumentation unusually digestible. It is good to have these pieces so conveniently assembled in one place."—Alan Ryan, New College, Oxford

"This is an important book for two main reasons. First, its central argument is, undoubtedly, correct. Recent methodological advances in the social sciences, combined with pressures from increased professionalization, have rendered epidemic the 'pathologies' that are the book's subject. Second, Shapiro is one of only a handful of scholars who have drawn social scientists' attention to these problems. The tightly argued essays that comprise the book are written in a clear, jargon-free prose that will make them accessible to scholars across a range of fields and disciplines."—Clarissa Rile Hayward, Ohio State University, author of De-Facing Power

"This lucid, brilliant, and beautifully written volume of essays contributes substantially to our understanding of the philosophy and practice of research in the human sciences. Anyone undertaking such research, or interested in its results, will want to read it."—Elisabeth Ellis, Texas A&M University, author of Kant's Politics: Provisional Theory for an Uncertain World