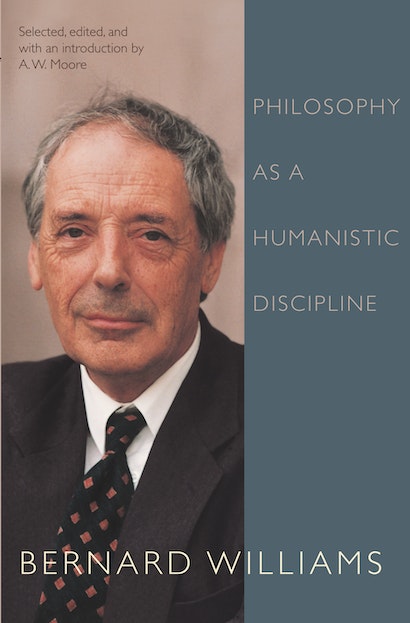 What can — and what can’t — philosophy do? What are its ethical risks — and its possible rewards? How does it differ from science? In Philosophy as a Humanistic Discipline, Bernard Williams addresses these questions and presents a striking vision of philosophy as fundamentally different from science in its aims and methods even though there is still in philosophy “something that counts as getting it right.” Written with his distinctive combination of rigor, imagination, depth, and humanism, the book amply demonstrates why Williams was one of the greatest philosophers of the twentieth century.


Spanning his career from his first publication to one of his last lectures, the book’s previously unpublished or uncollected essays address metaphysics, epistemology, and ethics, as well as the scope and limits of philosophy itself. The essays are unified by Williams’s constant concern that philosophy maintain contact with the human problems that animate it in the first place. As the book’s editor, A. W. Moore, writes in his introduction, the title essay is “a kind of manifesto for Williams’s conception of his own life’s work.” It is where he most directly asks “what philosophy can and cannot contribute to the project of making sense of things” — answering that what philosophy can best help make sense of is “being human.”

Philosophy as a Humanistic Discipline is one of three posthumous books by Williams to be published by Princeton University Press. In the Beginning Was the Deed: Realism and Moralism in Political Argument was published in the fall of 2005. The Sense of the Past: Essays in the History of Philosophy is being published shortly after the present volume.

"[Williams emphasized] the role of the local and the historical, the need for philosophy to 'sound right.' One ends Philosophy as a Humanistic Discipline wishing that he had another decade both to do the sort of philosophy that 'sounds right' and to tell us more about what made it sound so."—Alan Ryan, New York Review of Books

"Editor A.W. Moore . . . has certainly done the scholarly world a service. . . . Williams is a virtuoso practitioner and questioner of philosophy. His task is both positive and negative: positive in that he seeks to carve out a place for distinctively philosophical contributions to human knowledge and well-being (where these contributions are indeed peculiarly philosophical and not scientific), and negative in that he is concerned with the limited nature of these contributions."—Choice

"[T]his superb collection of essays further demonstrates Williams's greatness as not only a multitalented philosopher but also a human one. More important, it appropriately honours his philosophical legacy by offering essays that span his entire career."—The Philosopher's Magazine

"His departure from our scene is our loss; we can only be thankful that collections such as this allow discussion with him to continue."—Alan Montefiore, Philosophy

"The book should immediately become a staple in the library of anyone with an interest in contemporary English-language philosophy. The collection contains many excellent essays that have been hard to locate for a while, or which have not been previously published. The title essay,'Philosophy as a Humanistic Discipline,' is a rich and remarkable essay, and this is a splendid collection."—Richard Moran, Professor of Philosophy, Harvard University, author of Authority and Estrangement (Princeton)

"Bernard Williams brought human life into philosophy, and so into the philosophy of all of us. No one outdid him in his mastery of those abstract complexities without which no real philosophy is possible. But through all the intricate reasonings his eye was always on what counts most: making the best sense of the lives of human beings."—Barry Stroud, University of California at Berkeley

"Williams was one of the most important philosophers of the late twentieth century, who managed to combine an extraordinary philosophical command with an equally impressive gift for keeping in touch with the deepest issues of human life. These essays take up questions about practical reason, the will to believe, and the relation between belief and other mental states, whose modern discussion was transformed by the power and originality of his contributions. Central to all his work is a resistance to what might be called the scientism of much analytical philosophy, something that Williams always stood against in the spheres of ethics and politics."—Kwame Anthony Appiah, Laurance S. Rockefeller University Professor of Philosophy, Princeton University, and author of The Ethics of Identity (Princeton)