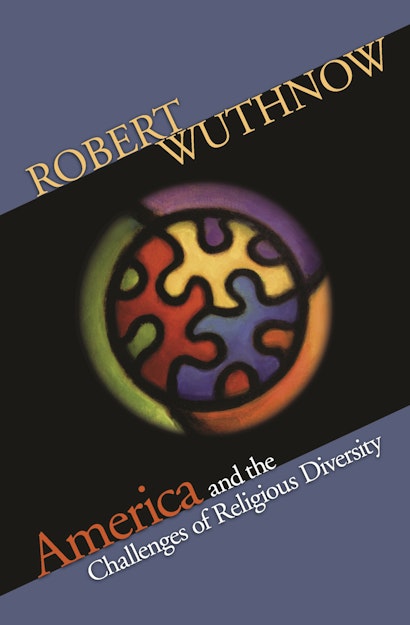 Muslims, Hindus, Buddhists, and adherents of other non-Western religions have become a significant presence in the United States in recent years. Yet many Americans continue to regard the United States as a Christian society. How are we adapting to the new diversity? Do we casually announce that we “respect” the faiths of non-Christians without understanding much about those faiths? Are we willing to do the hard work required to achieve genuine religious pluralism?


Award-winning author Robert Wuthnow tackles these and other difficult questions surrounding religious diversity and does so with his characteristic rigor and style. America and the Challenges of Religious Diversity looks not only at how we have adapted to diversity in the past, but at the ways rank-and-file Americans, clergy, and other community leaders are responding today. Drawing from a new national survey and hundreds of in-depth qualitative interviews, this book is the first systematic effort to assess how well the nation is meeting the current challenges of religious and cultural diversity.


The results, Wuthnow argues, are both encouraging and sobering — encouraging because most Americans do recognize the right of diverse groups to worship freely, but sobering because few Americans have bothered to learn much about religions other than their own or to engage in constructive interreligious dialogue. Wuthnow contends that responses to religious diversity are fundamentally deeper than polite discussions about civil liberties and tolerance would suggest. Rather, he writes, religious diversity strikes us at the very core of our personal and national theologies. Only by understanding this important dimension of our culture will we be able to move toward a more reflective approach to religious pluralism.

Robert Wuthnow is the Gerhard R. Andlinger '52 Professor of Sociology and Director of the Center for the Study of Religion at Princeton University. His previous books include After the Baby Boomers, Saving America? Faith-Based Services and the Future of Civil Society (both Princeton); Creative Spirituality: The Way of the Artist; and Loose Connections: Joining Together in America's Fragmented Communities.

"As Robert Wuthnow amply documents, the United States is (on the whole) an open and welcoming country, ready to extend the full benefits of citizenship to strangers who could expect second-class status in much of the rest of the world."—Gary Rosen, New York Times Book Review

"With . . . America and the Challenges of Religious Diversity, Wuthnow zeros in on one of the most significant issues facing the country today."—Heather Grennan Gary, Publishers Weekly

"All of Robert Wuthnow's formidable skills as the nation's leading 'public sociologist' are prominently displayed in this disciplined, accessible study."—Mark A. Noll, Christianity Today

"This is a supple, nuanced and thoughtful book, among Wuthnow's best."—John A. Coleman, America

"The great virtue of America and the Challenges of Religious Diversity lies in its careful depiction of the state of American Christianity today. Wuthnow's narrative is endlessly subtle and informative."—Clifford Orwin, The American Interest

"Wuthnow has conducted careful research, including thousands of interviews, to find out how ordinary American Christians deal in their day-to-day lives with this new religious diversity: how they think about non-Christians; what sort of encounters they have with them, from workplace chatter to interfaith services and even intermarriage; and how they and their pastors deal with such theologically troubling issues as whether non-Christians can be saved or whether Christians should make active efforts to convert them."—Charlotte Allen, Washington Post

"Wuthnow is one of the best and most prolific sociologists of religion on the contemporary scene. His work often sets the agenda not only for other scholars, but also for religious leaders and practitioners concerned with making their faith relevant to social issues. . . . In the end [of America and the Challenges of Religious Diversity], Wuthnow calls for a strategy of 'reflective pluralism.' Reflective pluralism will overcome the reluctance to acknowledge significant differences between religions."—Fred Kniss, Christian Century

"Another commendable study from prolific sociologist Robert Wuthnow, this comprehensive assessment of US religious self-understanding demonstrates how religious diversity is challenging the privileged notion of the US as a 'Christian' nation. . . . Since Americans believe in the right of groups to worship freely but are not motivated to learn about or interact with diverse believers, Wuthnow advocates a proactive 'reflective pluralism' for creating a more hospitable national ethos."—Choice

"His book marks a major contribution to the study of American religion, both for its lucid arguments, its broad canvassing of the relevant literature, and its research methodology."—Patrick J. Hayes, Catholic Library World

"A wide-ranging and insightful study into how Americans are responding to dramatic increases in religious and cultural diversity."—Mark E. Button, Perspectives on Politics

"Wuthnow's book is a clear exposition of the state of belief and practice with regards to views on religious diversity in America, and an impassioned call for increasing religious tolerance."—Albert Wu, Religious Studies Review

"This book is one of Wuthnow's best. He lends his fine-grained analysis to a topic that is at the heart of the experiment called American democracy: how people manage the idea that religion should be about the one true faith with their desire to welcome faiths other than their own."—Alan Wolfe, Boston College

"This is a wonderful book. I know of no other works that interrogate the contradictions between the historical sense many Americans hold that America is a "Christian nation" and the current realities and challenges of religious diversity and pluralism. It is a very thorough, penetrating examination of a topic that requires immediate attention."—Lynn Davidman, Brown University