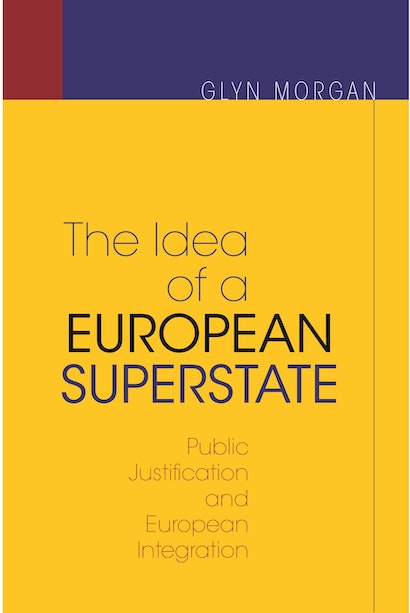 Is there a justification for European integration? The Idea of a European Superstate examines this — the most basic — question raised by the European Union. In doing so, Glyn Morgan assesses the arguments put forward by eurosceptics and their critics. In a challenge to both sides of the debate, Morgan argues in support of a European superstate. Unless Europe forms a unitary sovereign state, Europe will remain, so he maintains, weak and dependent for its security on the United States.

The Idea of a European Superstate reshapes the debate on European political integration. It throws down a gauntlet to eurosceptics and euro-enthusiasts alike. While employing the arguments of contemporary political philosophy and international relations, this book is written in an accessible fashion that anyone interested in European integration can understand.

Glyn Morgan is associate professor of government and of social studies at Harvard University.

"Glyn Morgan's book represents a refreshing approach to the literature on the nature and future of the European integration project. . . . [B]y tackling the issue of justification rather than legitimation, Morgan tackles the crucial issue that appears to be the biggest current obstacle to further European constitutionalization."—Matt McCullock, Journal of Contemporary European Studies

"This well-written, well-argued, and challenging essay offers both a strong contribution to the debate about the shape of European integration and an argument for the relevance of political philosophy to international relations."—Foreign Affairs Magazine

"Morgan's arguments show that a more integrated European state can be justified on grounds very different from those usually offered, and perhaps this is his most significant contribution. . . . Increasingly, it is clear, the demand for effective government cannot be met by individual nation-states on the old Westphalian model. Whether it is federal, unitary or post-sovereign, some sort of European state seems to offer the most appealing way of meeting this demand."—John Quiggin and Henry Farrell, Australian Financial Review