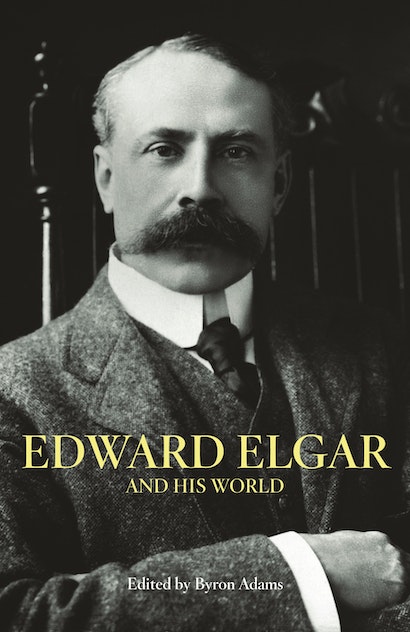 Edward Elgar (1857-1934) is undoubtedly one of the most fascinating, important, and influential figures in the history of British music. He rose from humble beginnings and achieved fame with music that to this day is beloved by audiences in England, and his work has secured an enduring legacy worldwide. Leading scholars examine the composer’s life in Edward Elgar and His World, presenting a comprehensive portrait of both the man and the age in which he lived.


Elgar’s achievement is remarkably varied and wide-ranging, from immensely popular works like the famous Pomp and Circumstance March no. 1 — a standard feature of American graduations — to sweeping masterpieces like his great oratorio The Dream of Gerontius. The contributors explore Elgar’s Catholicism, which put him at odds with the prejudices of Protestant Britain; his glorification of British colonialism; his populist tendencies; his inner life as an inspired autodidact; the aristocratic London drawing rooms where his reputation was made; the class prejudice with which he contended throughout his career; and his anguished reaction to World War I. Published in conjunction with the 2007 Bard Music Festival and the 150th anniversary of Elgar’s birth, this elegant and thought-provoking volume illuminates the greatness of this accomplished English composer and brings vividly to life the rich panorama of Victorian and Edwardian Britain.

Byron Adams is professor of composition and musicology at the University of California, Riverside. He is the coeditor of Vaughan Williams Essays.

"Byron Adams clearly loves Elgar and his music...[His] chapter on Elgar's self-education...is a fascinating exploration of how books read by the budding composer had an enduring influence on his music."—Daniel Jaffe, BBC Music Magazine

"This fine and fascinating book includes welcome pieces by younger scholars working in the U.S. and England—recent PhDs who bring new perspectives, ideas, and methodologies to this tricky and provocative branch of socio/historical musicology. In addition to providing a clear, helpful introduction and a striking essay on the persistence of memory, Adams proves himself an inspired editor. The 13 essays—not a dud among them—look at societal, cultural, historical, and psychological aspects of Elgar's life and world."—W. Metcalfe, Choice

"[A] handsome volume of essays by a dozen scholars, who strive to assess Elgar¹s place in music history."—George B. Stauffer, Weekly Standard

"It is greatly to the credit of Byron Adams that, amid the plethora of Elgar material published in the last few years, Edward Elgar and His World is a vital contribution. . . . Here Adams challenges us with a rich contextual study not of Elgar's world, but of many conflicting and contradictory worlds in which the composer lived, battled, triumphed, failed, and died."—James Brooks Kuykendall, Notes

"The essays in Edward Elgar and His World ambitiously and successfully delineate the complexity of Elgar's world and the composer's place in it. . . . All of the essays in . . . offer richly detailed, extensively documented, and fascinating explorations of different aspects of Elgar's world."—Dan Kline, Victorian Studies

"This collection contains almost nothing that is unworthy, and several chapters that significantly advance the important recent realignments in Elgar scholarship (and, I hope, more widely). The old guard may grow their ulcers, but humanities scholarship should be grateful to Adams. Elgar's world has never been more illuminatingly painted."—J. P. E. Harper-Scott, Music and Letters