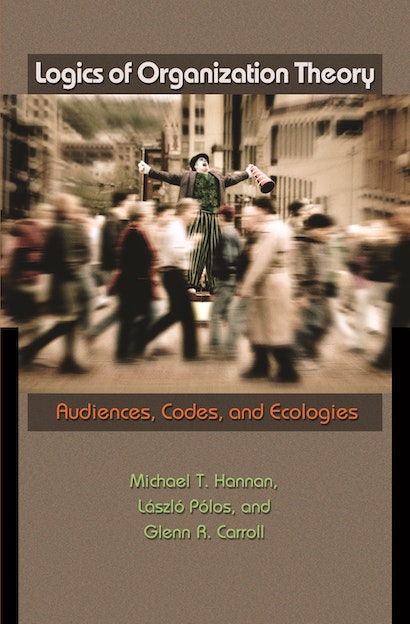 Building theories of organizations is challenging: theories are partial and “folk” categories are fuzzy. The commonly used tools — first-order logic and its foundational set theory — are ill-suited for handling these complications. Here, three leading authorities rethink organization theory. Logics of Organization Theory sets forth and applies a new language for theory building based on a nonmonotonic logic and fuzzy set theory. In doing so, not only does it mark a major advance in organizational theory, but it also draws lessons for theory building elsewhere in the social sciences.


Organizational research typically analyzes organizations in categories such as “bank,” “hospital,” or “university.” These categories have been treated as crisp analytical constructs designed by researchers. But sociologists increasingly view categories as constructed by audiences. This book builds on cognitive psychology and anthropology to develop an audience-based theory of organizational categories. It applies this framework and the new language of theory building to organizational ecology. It reconstructs and integrates four central theory fragments, and in so doing reveals unexpected connections and new insights.

"The book will appeal to different audiences, making the book itself an interesting case study for the theory developed in it. The broader message of the book, developing a new set of tools that aid theorizing in sociology and the administrative sciences, will appeal to those interested in social science methodology. But first and foremost, it is of interest to researchers working on organization theory in general and on organizational ecology in particular. It goes substantially beyond earlier formalizations of organizational ecology published in the last decade, with a radical shift in focus toward the whole process of theory building."—Administrative Science Quarterly

"Logics of Organizational Theory deserves to be read and discussed by everyone interested in organizations and in the method of developing sociological theory."—Michele Lamont, American Journal of Sociology

"There is nothing like this book in the field today. Its remarkable contribution is to demonstrate that logical formalization can breathe new insights into a social science research program, even when it has attained a mature level of development. The book's process of logical reconstruction sheds light not only on the ecological paradigm, but also on other social science perspectives—both within and outside organization studies."—Martin Ruef, Princeton University

"It is vanishingly rare for organization theorists (social scientists more generally) to make such a big investment in regrounding theory—especially when it is their own theory! This book really challenges the reader to think seriously about developing good theory, and about fixing the theory we have. I particularly appreciate the role given to the 'audience' in creating organizational forms, as well as the use of fuzzy sets to capture how categorization processes work. These new building blocks pay off in many fresh insights into longstanding issues. As such, the book is a huge service to the field."—Ezra Zuckerman, Massachusetts Institute of Technology