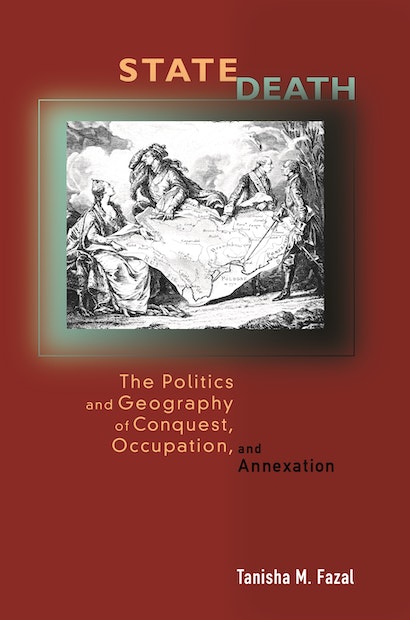 If you were to examine an 1816 map of the world, you would discover that half the countries represented there no longer exist. Yet since 1945, the disappearance of individual states from the world stage has become rare. State Death is the first book to systematically examine the reasons why some states die while others survive, and the remarkable decline of state death since the end of World War II.


Grappling with what is a core issue of international relations, Tanisha Fazal explores two hundred years of military invasion and occupation, from eighteenth-century Poland to present-day Iraq, to derive conclusions that challenge conventional wisdom about state death. The fate of sovereign states, she reveals, is largely a matter of political geography and changing norms of conquest. Fazal shows how buffer states — those that lie between two rivals — are the most vulnerable and likely to die except in rare cases that constrain the resources or incentives of neighboring states. She argues that the United States has imposed such constraints with its global norm against conquest — an international standard that has largely prevented the violent takeover of states since 1945.

State Death serves as a timely reminder that should there be a shift in U.S. power or preferences that erodes the norm against conquest, violent state death may once again become commonplace in international relations.

"This excellent study begins with the counterintuitive fact that 'of all the states on the map of the world in 1816, nearly half no longer exist today.' The first part of the book details the history of state death, a modest contribution but one heretofore absent from scholarly analysis. More important are the contributions relating to explaining state death and charting the impact of changes in the international system of states. . . . This is a first-rate book with importance for both international relations and geography scholars alike."—P. F. Diehl, University of Illinois at Urbana-Champaign, for, Choice

"Given the importance of state death to theorizing about international politics, it is surprising that Tanisha Fazal is the first scholar to offer a systematic study of the phenomenon. The wait has been worth it, thought, because Fazal has written an excellent introduction to the topic."—Douglas Lemke, Political Science Quarterly

"Fazal outlines a plausible mechanism for state death and supports it with a persuasive combination of statistics and well-executed case studies."—Alexander B. Downes, International History Review

"State Death is well written. It is extremely interesting in that it attempts to systematically approach a subject that has barely been thought about in systematic terms to date. Its main strength is its almost textbook-like demonstration of how to approach a subject matter by devising a meticulous methodology, discussing and refining the data sets used, and combining quantitative analysis with qualitative case studies in a fruitful fashion. . . . State Death presents an interesting and valuable argument developed in a methodologically creative way."—Mathias Albert, Perspectives on Politics

"The title of the book promises much for scholars of genocide, and not only because it highlights 'state death' with its connotations of violence and ethnic destruction."—A. Dirk Moses, Journal of Genocide Research

"State Death is a pathbreaking study of how and why states 'die' or are eliminated from the international system. Despite previous attention to the issues of war, state emergence and failure, and strategies for success, the phenomenon of state death has not previously received systematic attention. Fazal deserves enormous credit for introducing the discipline of international relations to what should have been a topic of long-standing interest."—David A. Lake, University of California, San Diego

"The book is one of the first—and definitely the best—to examine the fundamental question far too oft overlooked: what behavior, exactly, allows states to survive? Fazal tackles an extremely important topic—the causes of 'state death'—which has broad ramifications for competing theoretical frameworks in international relations as well as for policy. I am confident this book will feature on many syllabi for years to come."—Hein Goemans, University of Rochester