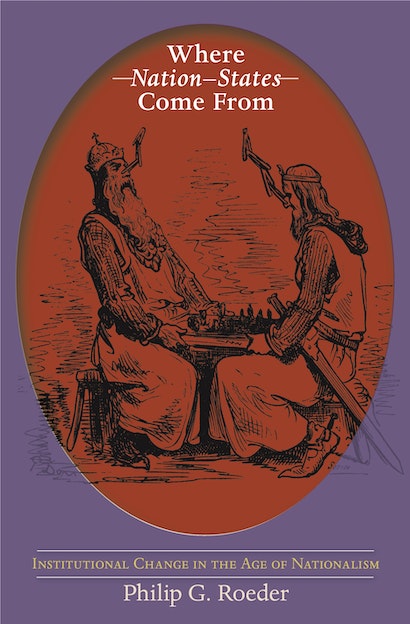 To date, the world can lay claim to little more than 190 sovereign independent entities recognized as nation-states, while by some estimates there may be up to eight hundred more nation-state projects underway and seven to eight thousand potential projects. Why do a few such endeavors come to fruition while most fail? Standard explanations have pointed to national awakenings, nationalist mobilizations, economic efficiency, military prowess, or intervention by the great powers. Where Nation-States Come From provides a compelling alternative account, one that incorporates an in-depth examination of the Russian Empire, the Soviet Union, and their successor states.


Philip Roeder argues that almost all successful nation-state projects have been associated with a particular political institution prior to independence: the segment-state, a jurisdiction defined by both human and territorial boundaries. Independence represents an administrative upgrade of a segment-state. Before independence, segmental institutions shape politics on the periphery of an existing sovereign state. Leaders of segment-states are thus better positioned than other proponents of nation-state endeavors to forge locally hegemonic national identities. Before independence, segmental institutions also shape the politics between the periphery and center of existing states. Leaders of segment-states are hence also more able to challenge the status quo and to induce the leaders of the existing state to concede independence. Roeder clarifies the mechanisms that link such institutions to outcomes, and demonstrates that these relationships have prevailed around the world through most of the age of nationalism.

Philip G. Roeder is professor of political science at the University of California, San Diego.

"Given that most secession efforts are linked to conflict, including terrorism. . . . Roeder's study should be valuable for scholars as well as policy-makers. Roeder addresses the crucial question of why some nation-state projects succeed while others fail in spite of the presence of factors generally regarded as essential for nationalist success: ethnic group identity, grievance against the central regime, mobilization of the people, and international recognition. By examining these factors within the framework of administrative structures. . . . Roeder shows that, in most cases, it is preexisting institutions…that produce the decisive 'alignment' of factors. Without this a nation-state is not likely to be established."—R. P. Peters, University of Massachusetts at Boston, for, Choice

"This is a terrific book. Roeder launches uncompromising attacks on those who emphasize the role of ideology, norms, and ideas in accounting for the success or failure of nationalist projects. He makes a compelling case for the central importance of state institutional structures and the elites they empower. His analysis is thorough almost to a fault, leading him to explore a wide range of relevant themes. . . . [This is] a formidable piece of scholarship on the relationship between nationalism and state formation in the modern era."—Daniel H. Nexon, International History Review

"Where Nation-States Come From sets a high standard for scholarship indeed. With this book, Roeder has hit the proverbial home run."—Hendrik Spruyt, Perspectives on Politics

"This is an original, rigorous, and indeed fascinating book. Using a wide range of data and methods, it argues that the institutional design of the units of political authority in the international system explains the origins of nation-states over nearly two hundred years. It is relevant to a remarkable range of debates in comparative and international politics; to those who work on nationalism, state-building, and democratization; and to specialists in both sub-Saharan Africa and postcommunist Eurasia."—Valerie Bunce, Cornell University

"A superb work. First, it furnishes an outstanding model of how to 'do' social science. Second, it provides a great deal of well-organized information about state formation and nonformation, especially as concerns the Soviet state and the myriad tugs-of-war over territorial and ethnic sovereignty that have shaped post-Soviet politics. Third, it furnishes conclusions—complete with overwhelming evidence in their support—that will have immediate practical implications for world politics. Fourth, it is a good read: without cutting scholarly corners, it offers many delightful moments."—M. Steven Fish, University of California, Berkeley