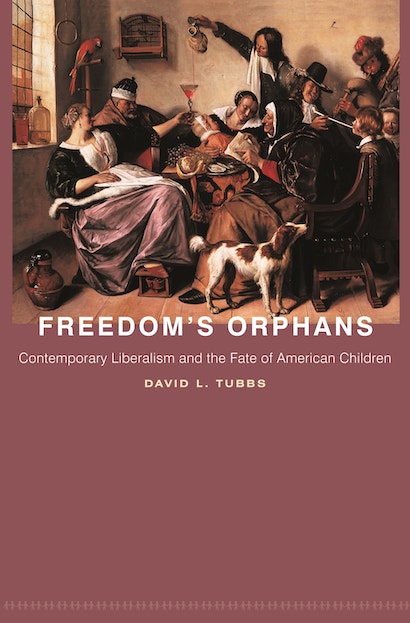 Has contemporary liberalism’s devotion to individual liberty come at the expense of our society’s obligations to children? Divorce is now easy to obtain, and access to everything from violent movies to sexually explicit material is zealously protected as freedom of speech. But what of the effects on the young, with their special needs and vulnerabilities? Freedom’s Orphans seeks a way out of this predicament. Poised to ignite fierce debate within and beyond academia, it documents the increasing indifference of liberal theorists and jurists to what were long deemed core elements of children’s welfare.


Evaluating large changes in liberal political theory and jurisprudence, particularly American liberalism after the Second World War, David Tubbs argues that the expansion of rights for adults has come at a high and generally unnoticed cost. In championing new “lifestyle” freedoms, liberal theorists and jurists have ignored, forgotten, or discounted the competing interests of children.


To substantiate his arguments, Tubbs reviews important currents of liberal thought, including the ideas of Isaiah Berlin, Ronald Dworkin, and Susan Moller Okin. He also analyzes three key developments in American civil liberties: the emergence of the “right to privacy” in sexual and reproductive matters; the abandonment of the traditional standard for obscenity prosecutions; and the gradual acceptance of the doctrine of “strict separation” between religion and public life.

David L. Tubbs is a fellow of the Witherspoon Institute and assistant professor of politics at King's College in New York City. He is former associate editor of the American Journal of Jurisprudence.

"Tubbs has written a fine, valuable polemic, one that rightly highlights the precarious place of children in our promiscuous age."—Dorothea Israel Wobon, Claremont Review of Books

"The trenchant questions that Freedom's Orphans raises about contemporary liberalism's potentially misplaced priorities are ones that readers of any political orientation would do well to consider."—Harvard Law Review

"Bound to be highly controversial, this book makes important and much needed points, and does so with first-rate scholarly analysis. By defending traditional and indeed sensible positions on marriage, family, children, and procreation that are far from 'politically correct,' David Tubbs offers a refreshing and needed supplement to the positions commonly taken in academia."—Steven D. Smith, University of San Diego

"Not only will this book stimulate and inform scholars in a range of disciplines—from social science, history, and political philosophy to child development—but the general public should and will also take an interest. In clear terms, and through careful, balanced, and fruitful research, Tubbs illuminates the weaknesses and dangers arising from the constitutional jurisprudence of such figures as John Rawls and Ronald Dworkin."—Daniel N. Robinson, Georgetown University