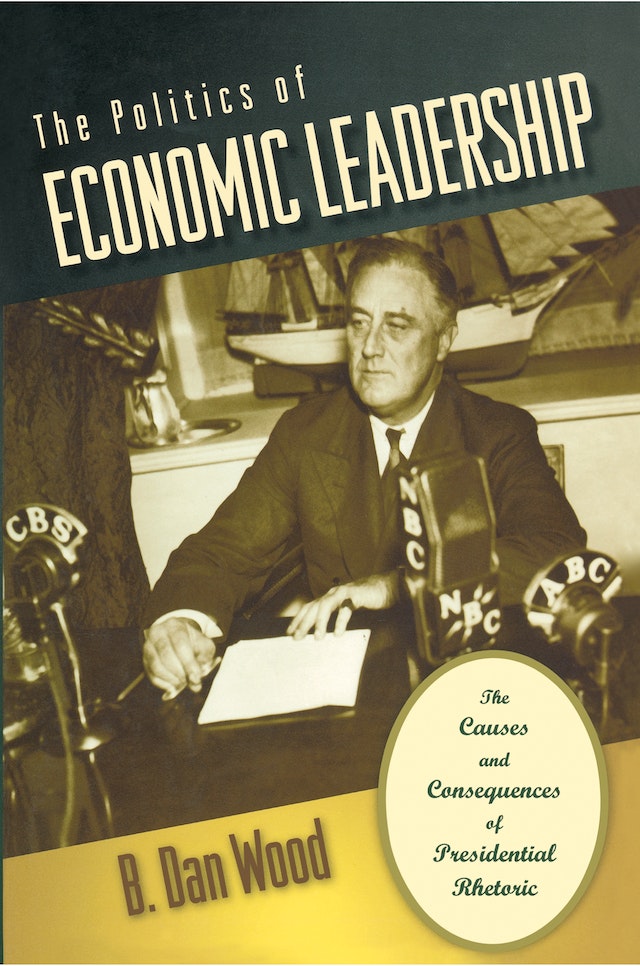 The American president is widely viewed by the public and media as the nation’s single most influential political and economic figure. But social scientists have often concluded that presidential words fall “on deaf ears” or have little lasting impact on policy or public opinion. Then why did Bill Clinton make 12,798 public references to the economy during his eight years in office compared with Harry Truman’s mere 2,124 during his own two terms? Why George W. Bush’s 3,351 remarks during his first term? Did all these words matter?

The Politics of Economic Leadership is the first comprehensive effort to examine when, why, and how presidents talk about the economy, as well as whether the president’s economic rhetoric matters. It demonstrates conclusively that such presidential words do matter.


Using an unprecedented compendium of every known unique statement by U.S. presidents about the economy from World War II through the first George W. Bush administration, Dan Wood measures the relative intensity and optimism of presidents’ economic rhetoric. His pathbreaking statistical analysis shows that presidential words can affect everything from approval of the president’s job performance to perceptions of economic news, consumer confidence, consumer behavior, business investment, and interest rates. The impacts are both immediate and gradual. Ultimately, Wood concludes, rhetoric is indeed a tool of presidential leadership that can be used unilaterally to affect a range of political and economic outcomes.

B. Dan Wood is professor of political science at Texas A&M University and the coauthor of Bureaucratic Dynamics: The Role of Bureaucracy in a Democracy.

"The book is appropriate for graduate seminars on the presidency and for quantitative methods courses that wish to include strong examples of PAR and VAR models. More generally, it should prove to be a resource for presidency, political psychology, and public opinion scholars wishing to unpack the direct and indirect causal relationships that the book identifies."—William D. Anderson, Presidential Studies Quarterly

"This book shows why Dan Wood is a scholar of extraordinary renown with a reputation for skillfully implementing cutting-edge quantitative methodologies into his research on a wide array of topics. His efforts to measure the intensity and tone of presidential rhetoric about the economy are impressive in terms of both imagination and ambition."—Paul Brace, Rice University

"Written with admirable clarity and crispness, this book makes a strong case that presidential rhetoric on the economy matters a good deal. Among its notable strengths is the vast empirical base of the research. By drawing on an unusually broad collection of data, the book offers a more representative view of the subject than previous work."—Stephen Weatherford, University of California, Santa Barbara