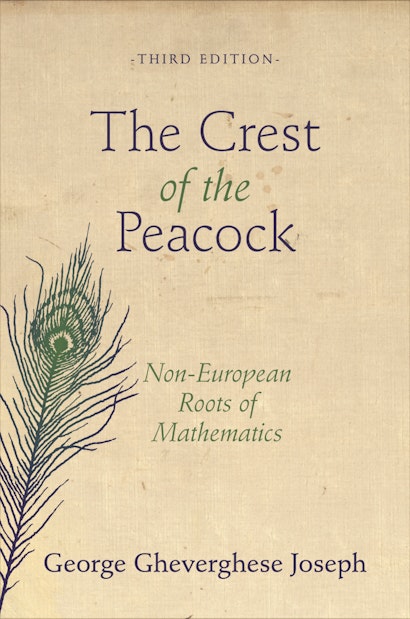 From the Ishango Bone of central Africa and the Inca quipu of South America to the dawn of modern mathematics, The Crest of the Peacock makes it clear that human beings everywhere have been capable of advanced and innovative mathematical thinking. George Gheverghese Joseph takes us on a breathtaking multicultural tour of the roots and shoots of non-European mathematics. He shows us the deep influence that the Egyptians and Babylonians had on the Greeks, the Arabs’ major creative contributions, and the astounding range of successes of the great civilizations of India and China.


The third edition emphasizes the dialogue between civilizations, and further explores how mathematical ideas were transmitted from East to West. The book’s scope is now even wider, incorporating recent findings on the history of mathematics in China, India, and early Islamic civilizations as well as Egypt and Mesopotamia. With more detailed coverage of proto-mathematics and the origins of trigonometry and infinity in the East, The Crest of the Peacock further illuminates the global history of mathematics.

George Gheverghese Joseph was born in Kerala, India, grew up in Mombasa, Kenya, and completed his degrees in England. He has worked in various occupations that have taken him to places all over the world, including East and Central Africa, India, Papua New Guinea, and South East Asia.

"Praise for Princeton's previous editions: "Enthralling. . . . After reading it, we cannot see the past in the same comforting haze of age-old stories, faithfully and uncritically retold from teacher to pupil down the years. . . . Invaluable for mathematics teachers at all levels.""—New Scientist

"Praise for Princeton's previous editions: "What is valuable here is the unified approach that Joseph brings . . . and the non-technical clarity that the attempt to reorder historical priorities and educate his readers out of their European prejudices requires.""—Times Literary Supplement