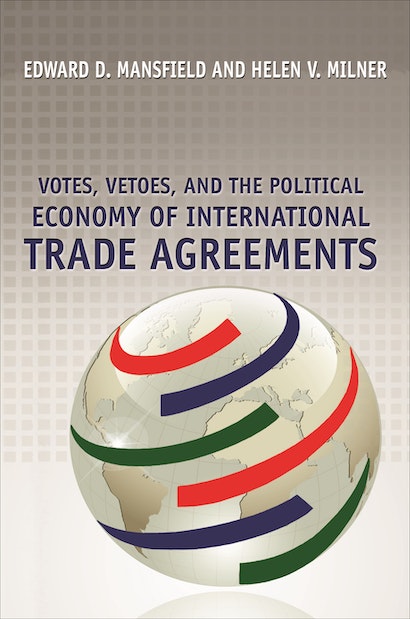 Preferential trading arrangements (PTAs) play an increasingly prominent role in the global political economy, two notable examples being the European Union and the North American Free Trade Agreement. These agreements foster economic integration among member states by enhancing their access to one another’s markets. Yet despite the importance of PTAs to international trade and world politics, until now little attention has been focused on why governments choose to join them and how governments design them. This book offers valuable new insights into the political economy of PTA formation. Many economists have argued that the roots of these agreements lie in the promise they hold for improving the welfare of member states. Others have posited that trade agreements are a response to global political conditions. Edward Mansfield and Helen Milner argue that domestic politics provide a crucial impetus to the decision by governments to enter trade pacts. Drawing on this argument, they explain why democracies are more likely to enter PTAs than nondemocratic regimes, and why as the number of veto players — interest groups with the power to block policy change — increases in a prospective member state, the likelihood of the state entering a trade agreement is reduced. The book provides a novel view of the political foundations of trade agreements.

Edward D. Mansfield is the Hum Rosen Professor of Political Science at the University of Pennsylvania. Helen V. Milner is the B. C. Forbes Professor of Public Affairs at Princeton University.

"[T]heirs is a magnificent book, among the most provocative written on the subject. . . . Nobody interested in the political economy of trade can ignore this book. Without question, it will be widely read and cited, as it deserves to be."—Kerry A. Chase, Review of International Organizations

"Votes, Vetoes and the Political Economy of International Trade Agreements . . . stands as the most comprehensive modern treatment of the domestic political economy of trade agreements. It is essential reading for economists, political scientists, and policy analysts interested in the trade agreements and the evolution of the international trade system."—Pravin Krishna, Journal of Economic Literature

"Overall, this is a highly compelling book that deserves a wide readership. The authors managed to anticipate and defuse many potential objections to their argument. Moreover, the empirical examination serves as a model of excellent research."—Andreas Dur, Perspectives on Politics

"This fine book by two leading political scientists provides an insightful look at the domestic politics behind preferential trading arrangements. The book is a significant contribution to our understanding of these trade agreements, and economists and political scientists alike will benefit from reading it."—Douglas Irwin, Dartmouth College

"This book's topic is of tremendous importance to students and researchers in international relations, international economics, and international law. Mansfield and Milner use a clear research design to persuasively show that democratic countries are more likely to sign preferential trading arrangements, but that as the number of veto players increases the likelihood of such agreements decreases."—Mark S. Manger, author of Investing in Protection: The Politics of Preferential Trade Agreements between North and South

"Preferential trading arrangements are an increasingly important component of the global political economy, yet our understanding of their consequences far outstrips our knowledge of their origins. Mansfield and Milner do much to rectify this situation. By combining penetrating theorizing, far-reaching data collection, and rigorous analysis, they provide deep insights into how, when, and why democratic politics bring about international trade agreements."—David Leblang, University of Virginia, coauthor of Democratic Processes and Financial Markets