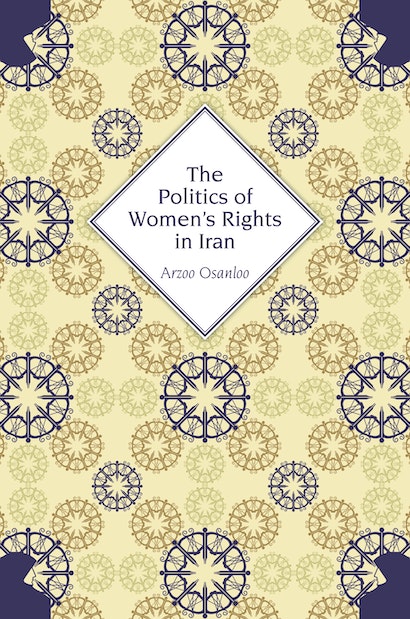 In The Politics of Women’s Rights in Iran, Arzoo Osanloo explores how Iranian women understand their rights. After the 1979 revolution, Iranian leaders transformed the state into an Islamic republic. At that time, the country’s leaders used a renewed discourse of women’s rights to symbolize a shift away from the excesses of Western liberalism. Osanloo reveals that the postrevolutionary republic blended practices of a liberal republic with Islamic principles of equality. Her ethnographic study illustrates how women’s claims of rights emerge from a hybrid discourse that draws on both liberal individualism and Islamic ideals.


Osanloo takes the reader on a journey through numerous sites where rights are being produced — including Qur’anic reading groups, Tehran’s family court, and law offices — as she sheds light on the fluid and constructed nature of women’s perceptions of rights. In doing so, Osanloo unravels simplistic dichotomies between so-called liberal, universal rights and insular, local culture. The Politics of Women’s Rights in Iran casts light on a contemporary non-Western understanding of the meaning behind liberal rights, and raises questions about the misunderstood relationship between modernity and Islam.

Arzoo Osanloo is an assistant professor in the Department of Anthropology and in Law, Societies, and Justice Program at the University of Washington. Previously, she worked as a human rights attorney, practicing asylum and immigration law.

"The book is a valuable contribution to the studies of state-society interaction in the Islamic Republic of Iran."—G. Tezcur, Choice

"The Politics of Women's Rights in Iran is most appropriate for academic law libraries. It could, perhaps, prove a useful addition to a law firm library as well, particularly for a firm that serves a substantial clientele from an Iranian or Islamic background. The text is written at quite a high level, which prevents me from recommending it for all but the most scholarly types who also have a specific interest in the subject matter."—Kama Siegel, Law Library Journal

"For . . . its much needed accessibility, attention to nuance, and analytic precision, The Politics of Women's Rights in Iran is a valuable contribution to a complex and conflicted field of inquiry."—Abbas Barzegar, American Journal of Islamic Social Sciences

"[A] unique and effective first book. . . . Osanloo's voice is fresh and provides a deeper insight into the question of women's rights."—Paola Rivetti, Journal of Shi'a Islamic Studies

"Osanloo's book is a timely discussion that not only critiques the limitations of the Islamic Republic's stance on women's rights, but also queries the Western gaze and political agenda often viewing the non-Christian as the alien Other. It provides a fresh perspective on the ways in which contemporary urban women in Iran construct and articulate a discourse of 'rights' relevant to their lives."—Mehri Honarbin-Holliday, Feminist Review

"The Politics of Women's Rights in Iran is essential reading for human rights scholars, advocates (and sceptics alike), and practitioners who are grappling to find pathways beyond the stale and polarised discourses concerning human rights in Iran."—Sevda Clark, Nordic Journal of Human Rights

"Osanloo's original argument is that despite official rejection by the Islamic Republic of a discourse of rights as Western, liberal notions of rights are almost hegemonic in Iran today. Through wonderful fieldwork in Tehran's family court, lawyers' offices, and even the Islamic Human Rights Commission, she reveals how this has come about. She analyzes not only the force of the international politics of rights for a country that tied women's status to national identity, but also the surprising ways that Iran's unique system of civic-religious law has produced women with a keen sense of themselves as rights-bearing subjects. This is legal anthropology at its best and an extraordinary contribution to Middle East gender studies."—Lila Abu-Lughod, author of Dramas of Nationhood: The Politics of Television in Egypt

"Struggles for women's rights in the Muslim world are too often seen as a simple conflict between Islam and modernity. Osanloo's illuminating study of postrevolutionary Iran shows how women have articulated a much richer approach to advancing their political rights. They have developed a repertoire of claims that draws simultaneously on the state's republican foundations, the ideology of Islamic government, and the discourse of international human rights. The book is a highly original and important contribution to our understanding of the politics of contemporary Iran and to global debates about the rights of women."—Timothy Mitchell, Columbia University

"Osanloo examines a topic of great significance: the way the Iranian legal system has developed since the revolution to incorporate both the former civil codes and the newer ideas of human rights in ways that benefit women. This will be a widely read and valuable book."—Sally E. Merry, New York University

"This engaging book is original and groundbreaking in providing analysis and understanding for one of the most talked about yet neglected areas of research in Iran, the Middle East, and the North African region. It will open new directions for further research with important practical implications for women and human rights, Islamic or otherwise."—Homa Hoodfar, Concordia University