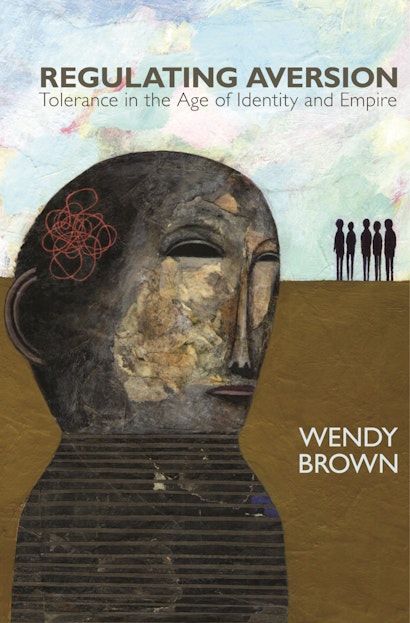 Tolerance is generally regarded as an unqualified achievement of the modern West. Emerging in early modern Europe to defuse violent religious conflict and reduce persecution, tolerance today is hailed as a key to decreasing conflict across a wide range of other dividing lines — cultural, racial, ethnic, and sexual. But, as political theorist Wendy Brown argues in Regulating Aversion, tolerance also has dark and troubling undercurrents.


Dislike, disapproval, and regulation lurk at the heart of tolerance. To tolerate is not to affirm but to conditionally allow what is unwanted or deviant. And, although presented as an alternative to violence, tolerance can play a part in justifying violence — dramatically so in the war in Iraq and the War on Terror. Wielded, especially since 9/11, as a way of distinguishing a civilized West from a barbaric Islam, tolerance is paradoxically underwriting Western imperialism.


Brown’s analysis of the history and contemporary life of tolerance reveals it in a startlingly unfamiliar guise. Heavy with norms and consolidating the dominance of the powerful, tolerance sustains the abjection of the tolerated and equates the intolerant with the barbaric. Examining the operation of tolerance in contexts as different as the War on Terror, campaigns for gay rights, and the Los Angeles Museum of Tolerance, Brown traces the operation of tolerance in contemporary struggles over identity, citizenship, and civilization.

Wendy Brown is professor of political science at the University of California, Berkeley, where she is also a member of the Critical Theory Faculty. Her books include Edgework: Essays on Knowledge and Politics, Politics Out of History, and States of Injury: Power and Freedom in Late Modernity (all Princeton).

"The triumph of toleration as the central liberal value, and the attendant inability of liberals to see the dark side of their favorite virtue, is the subject of Wendy Brown's insightful and illuminating new book. . . . I find the analysis trenchant and the critique persuasive."—Stanley Fish, Chronicle of Higher Education

"This is a remarkable book . . . made attractive by its passion, the lucidity of its negative critique, and its intelligence."—John Hall, Social Forces

"Wendy Brown has produced a richly textured and timely analysis of some of the darker elements lurking beneath the tolerance discourse of western liberalism."—Vincent Geoghegan, American Review of Politics

"[This is a] bold, erudite, and timely study."—Ely Aharonson, Criminal Law and Philosophy

"Regulating Aversion is a forceful and, in many places, convincing attempt to account for the contemporary relevance and meanings of tolerance within liberalism in the West, and in the United States in particular."—Emily Grabham, Feminist Legal Studies

"The strength of Brown's book is her trenchant deconstructions of the universalizing pretenses of tolerance specifically and liberal discourse more generally. Brown's intervention successfully jars tolerance loose from the hallowed transhistorical ground on which it usually rests."—C. Michael Hurst, Cultural Critique

"This is a brilliant book. Wendy Brown has made the reader understand 'tolerance' in a new and more provocative way. Alerting us to its genealogy, she demonstrates the ambiguity of any politics that seeks to found itself on this much-touted liberal virtue. Regulating Aversion is a remarkable—and remarkably rigorous—contribution to the considerable literature on tolerance and the limits of the tolerable. Anyone wanting to think seriously about multiculturalism, cosmopolitanism, and democratic pluralism in our time must read it."—Talal Asad, CUNY Graduate Center

"Wendy Brown's Regulating Aversion is clear, rigorous, and unusually bold in an academic atmosphere that is now far from sympathetic to its kind of radical critique. Brown has done a wonderful job of orchestrating her argument, and it has been articulated with wit. The book is a worthy successor to her best and most politically astute contributions. This is an important work."—Paul Gilroy, London School of Economics

"In this fascinating and provocative book, Brown brings into sharp analytical focus a perplexing phenomenon: in political discourse since the late twentieth century, both the objects and content of tolerance have shifted. The sweep of Brown's analysis is impressive: she deftly weaves together critiques of contemporary politics with thoughtful explorations of the history of liberal thought on tolerance."—Melissa Williams, University of Toronto