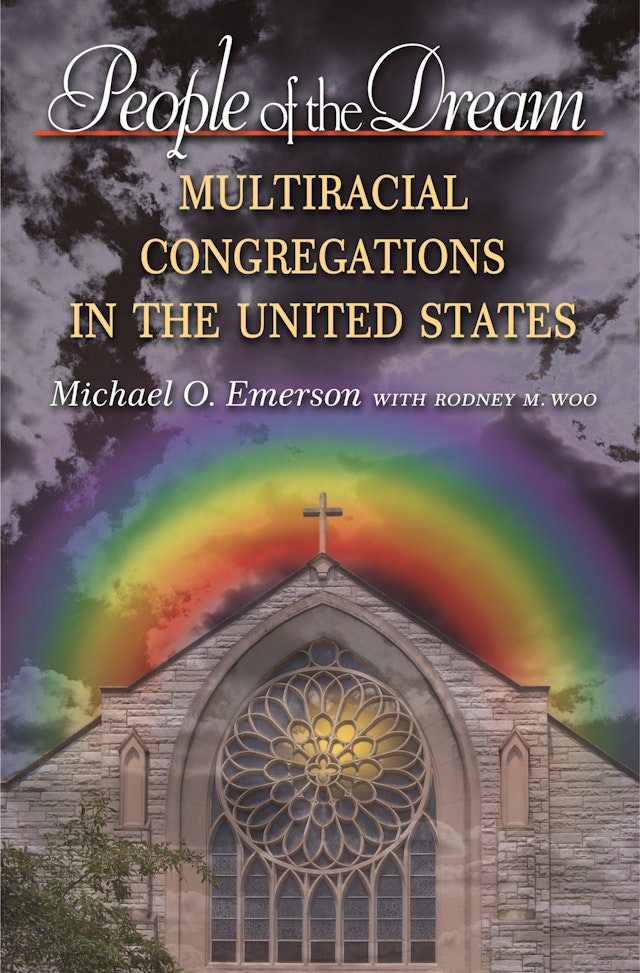 It is sometimes said that the most segregated time of the week in the United States is Sunday morning. Even as workplaces and public institutions such as the military have become racially integrated, racial separation in Christian religious congregations is the norm. And yet some congregations remain stubbornly, racially mixed. People of the Dream is the most complete study of this phenomenon ever undertaken. Author Michael Emerson explores such questions as: how do racially mixed congregations come together? How are they sustained? Who attends them, how did they get there, and what are their experiences? Engagingly written, the book enters the worlds of these congregations through national surveys and in-depth studies of those attending racially mixed churches. Data for the book was collected over seven years by the author and his research team. It includes more than 2,500 telephone interviews, hundreds of written surveys, and extensive visits to mixed-race congregations throughout the United States.

People of the Dream argues that multiracial congregations are bridge organizations that gather and facilitate cross-racial friendships, disproportionately housing people who have substantially more racially diverse social networks than do other Americans. The book concludes that multiracial congregations and the people in them may be harbingers of racial change to come in the United States.

Michael O. Emerson is Allyn R. and Gladys M. Cline Professor of Sociology and founding director of the Center on Race, Religion, and Urban Life at Rice University. He is the coauthor of several books, including Divided by Faith, United by Faith, and Against All Odds. Dr. Rodney Woo is Senior Pastor of the Wilcrest Baptist Church in Houston, Texas.

"Exhaustively researched and meticulously crafted, People of the Dream is a deeply important book."—Omar McRoberts, University of Chicago

"A rising star in the field of sociology and religion, Michael Emerson has a rare knack for describing statistical results in terms that non-specialists can understand."—Robert Wuthnow, Princeton University

"With an impressive variety of methods, Emerson provides a detailed look at interracial religious congregations that defy the norm of America's most segregated institution. A recommended read for everyone interested in religion and intergroup relations."—Tom Pettigrew, University of California, Santa Cruz