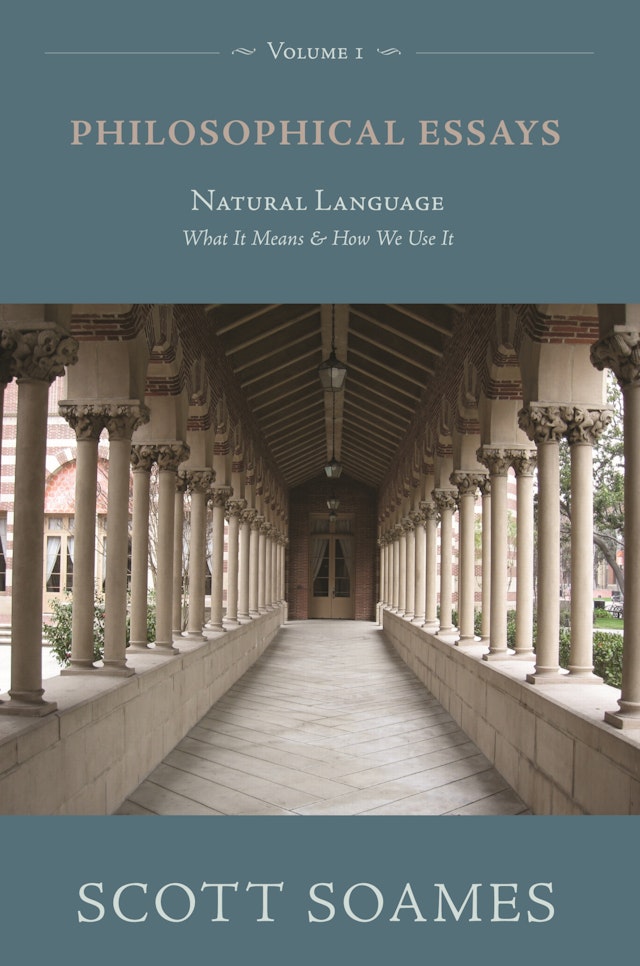 The two volumes of Philosophical Essays bring together the most important essays written by one of the world’s foremost philosophers of language. Scott Soames has selected thirty-one essays spanning nearly three decades of thinking about linguistic meaning and the philosophical significance of language. A judicious collection of old and new, these volumes include sixteen essays published in the 1980s and 1990s, nine published since 2000, and six new essays.


The essays in Volume 1 investigate what linguistic meaning is; how the meaning of a sentence is related to the use we make of it; what we should expect from empirical theories of the meaning of the languages we speak; and how a sound theoretical grasp of the intricate relationship between meaning and use can improve the interpretation of legal texts.


The essays in Volume 2 illustrate the significance of linguistic concerns for a broad range of philosophical topics — including the relationship between language and thought; the objects of belief, assertion, and other propositional attitudes; the distinction between metaphysical and epistemic possibility; the nature of necessity, actuality, and possible worlds; the necessary a posteriori and the contingent a priori; truth, vagueness, and partial definition; and skepticism about meaning and mind.


The two volumes of Philosophical Essays are essential for anyone working on the philosophy of language.

Scott Soames is director of the School of Philosophy at the University of Southern California. His books include Reference and Description (Princeton), Philosophical Analysis in the Twentieth Century, Volumes 1 and 2 (Princeton), Beyond Rigidity, and Understanding Truth.

"Soames's work is of an exceptionally high quality, the selections made here are truly excellent, and the organization is well thought out. Having these papers available in this form is a great boon to scholars."—Stephen Neale, CUNY Graduate Center

"Since many of these important papers are relatively inaccessible, it is particularly useful to have them collected together, and Soames has done an excellent job of selecting and arranging them. These two volumes are really terrific."—Alex Byrne, Massachusetts Institute of Technology