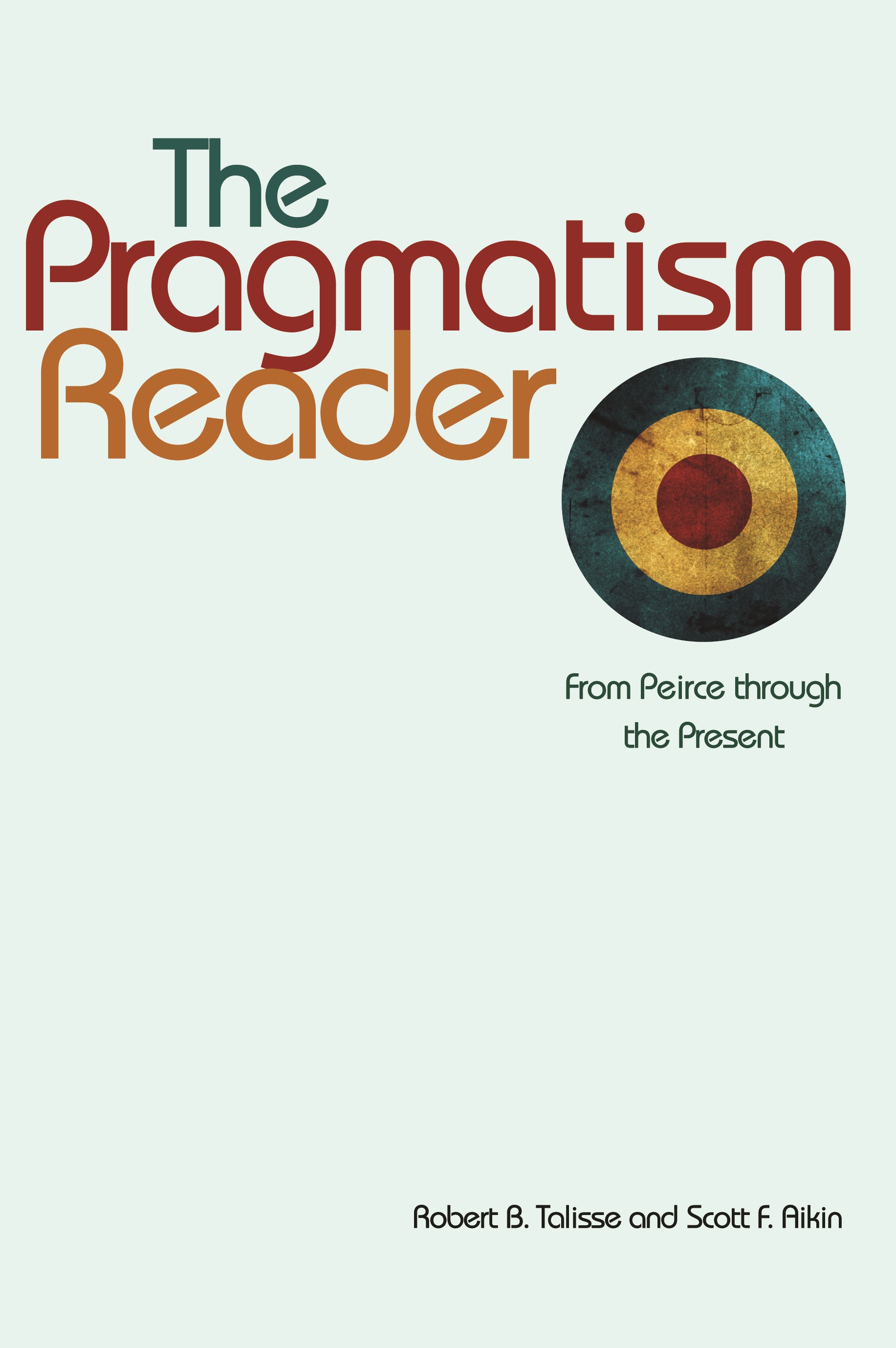 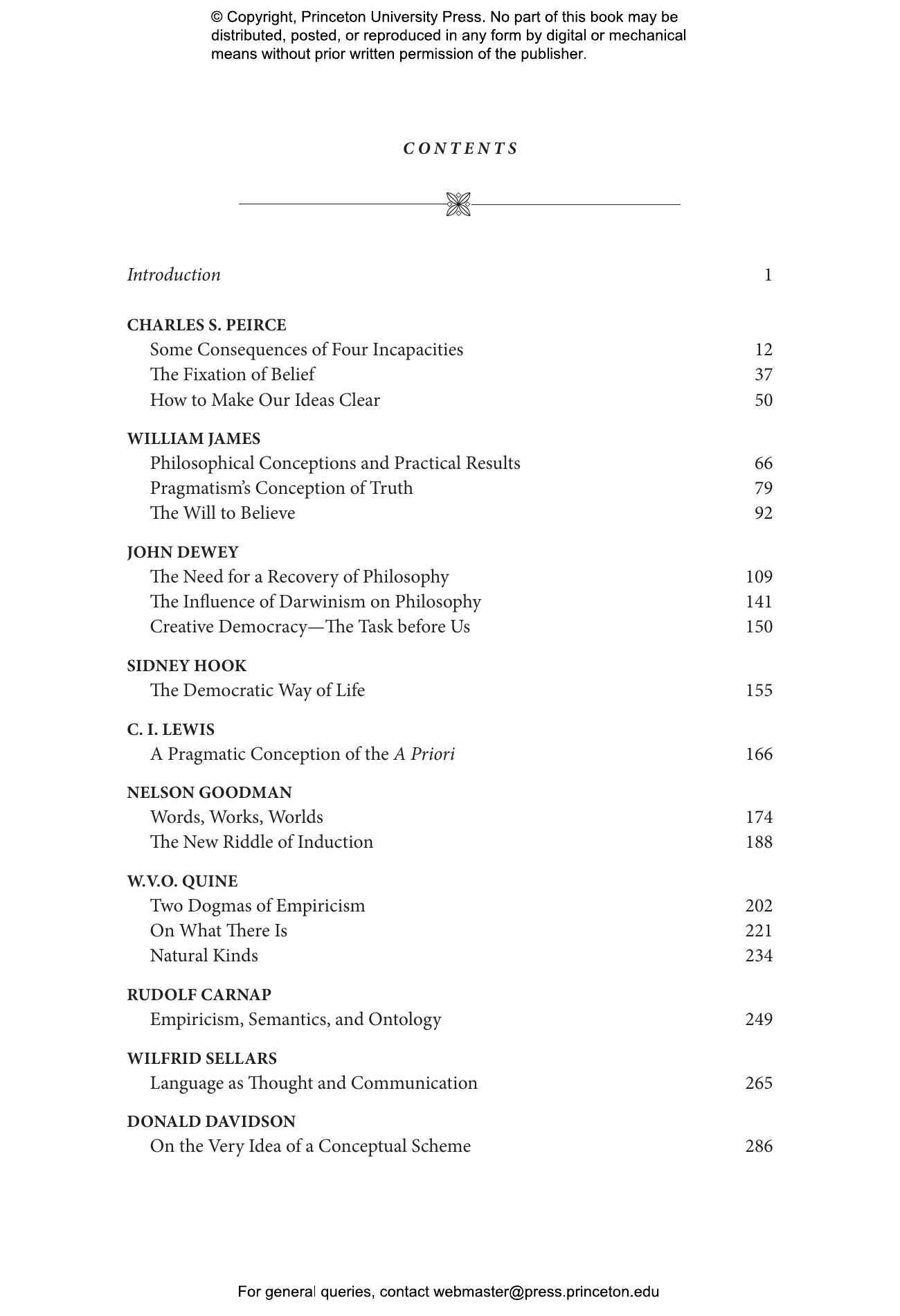 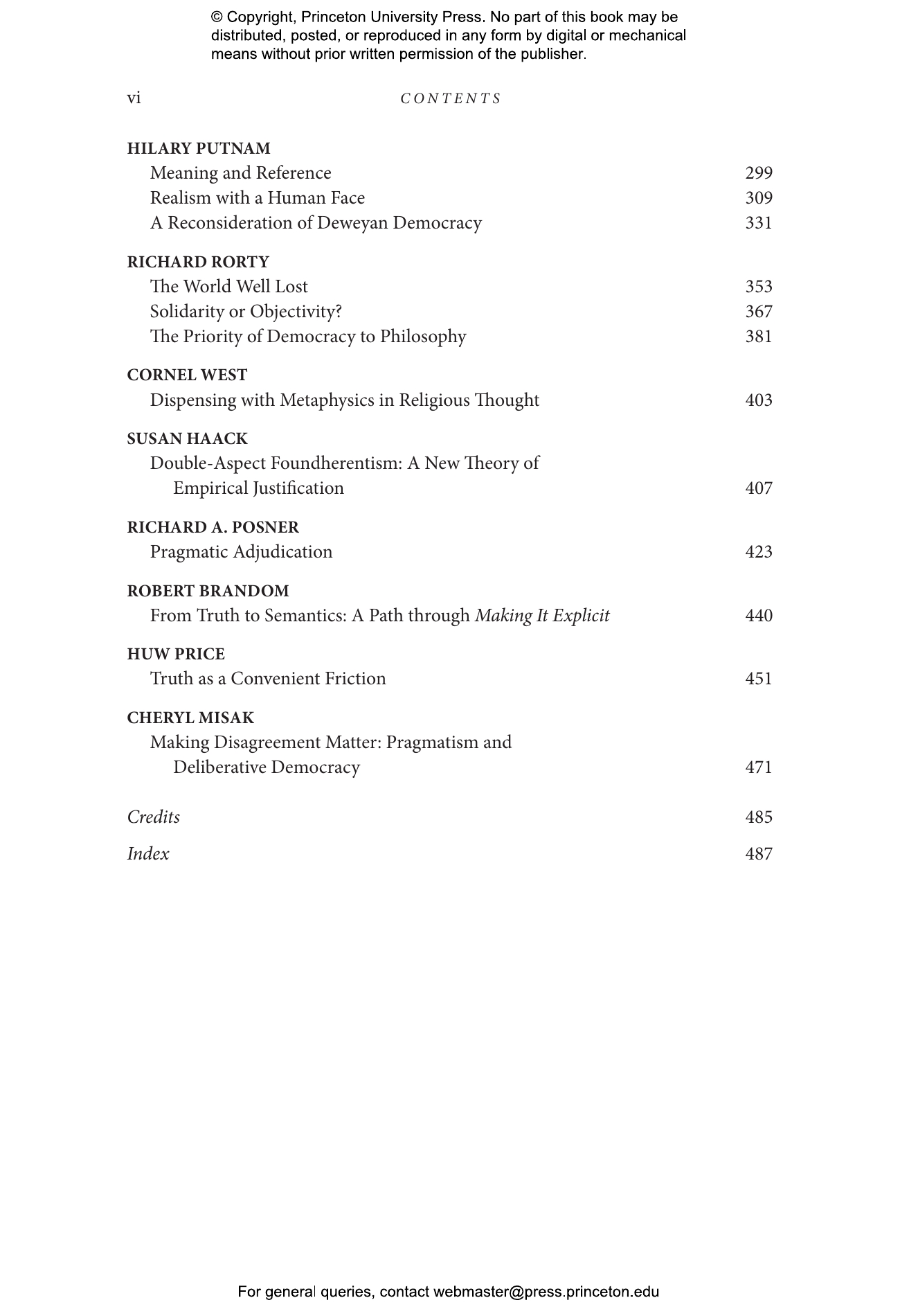 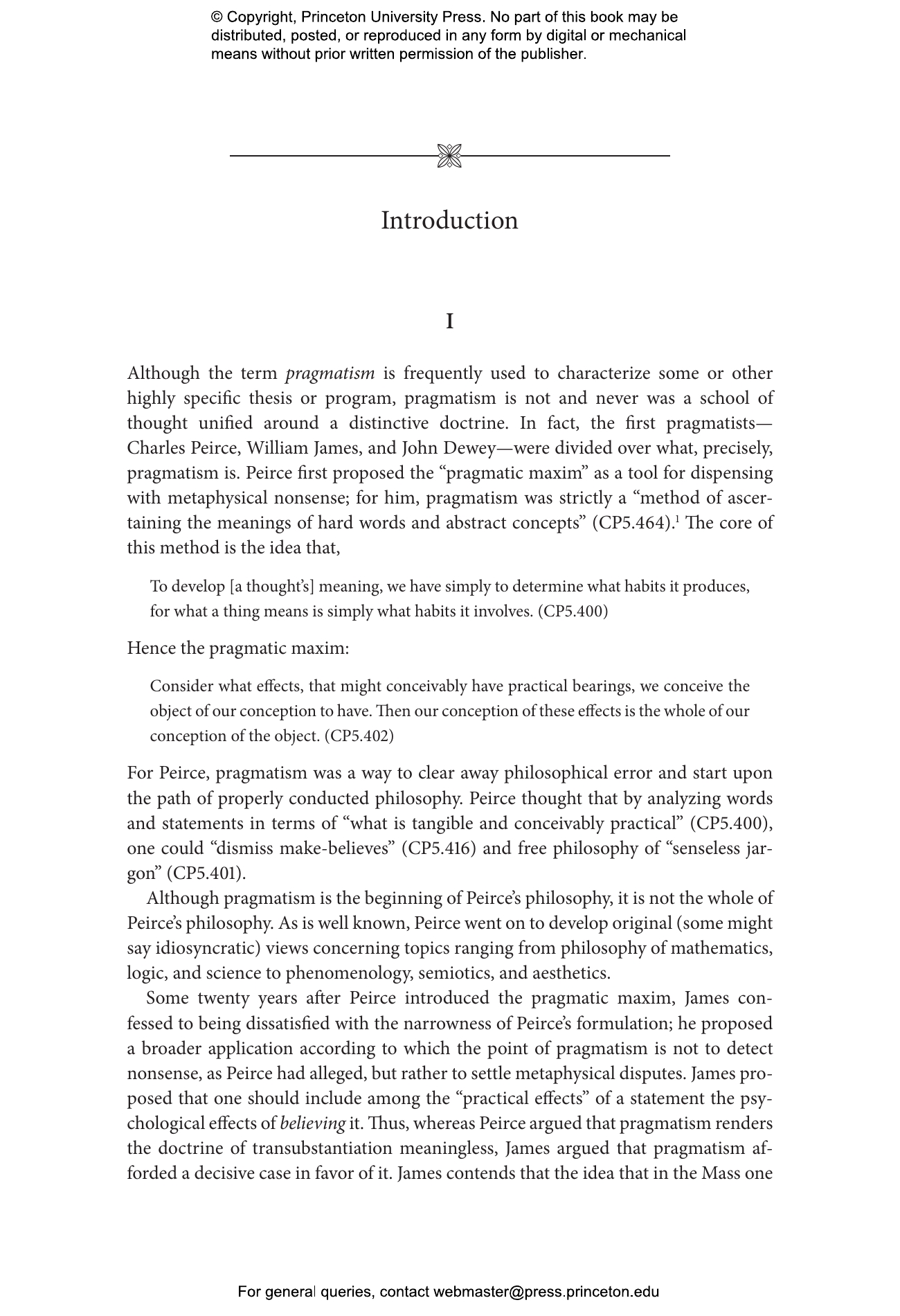 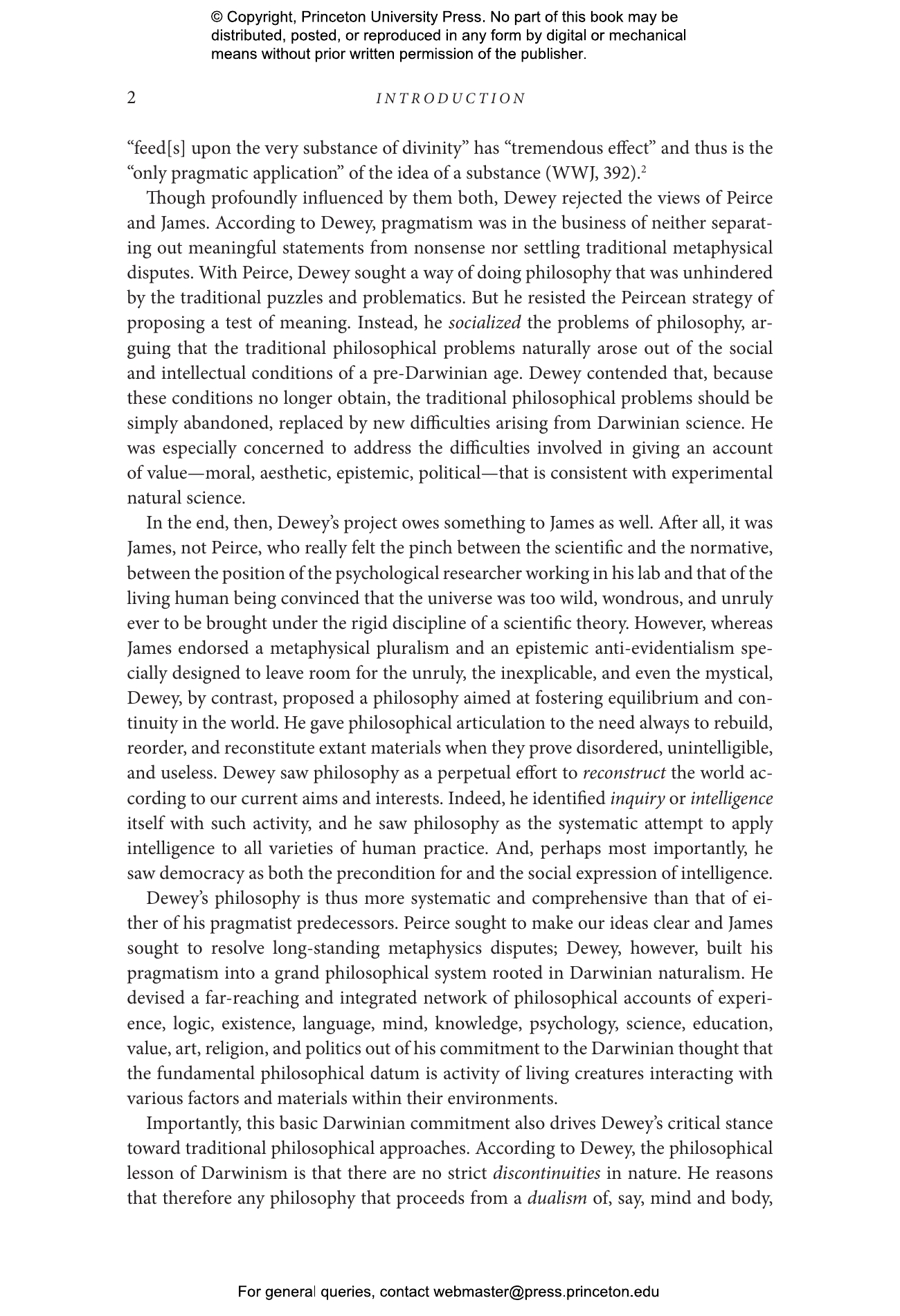 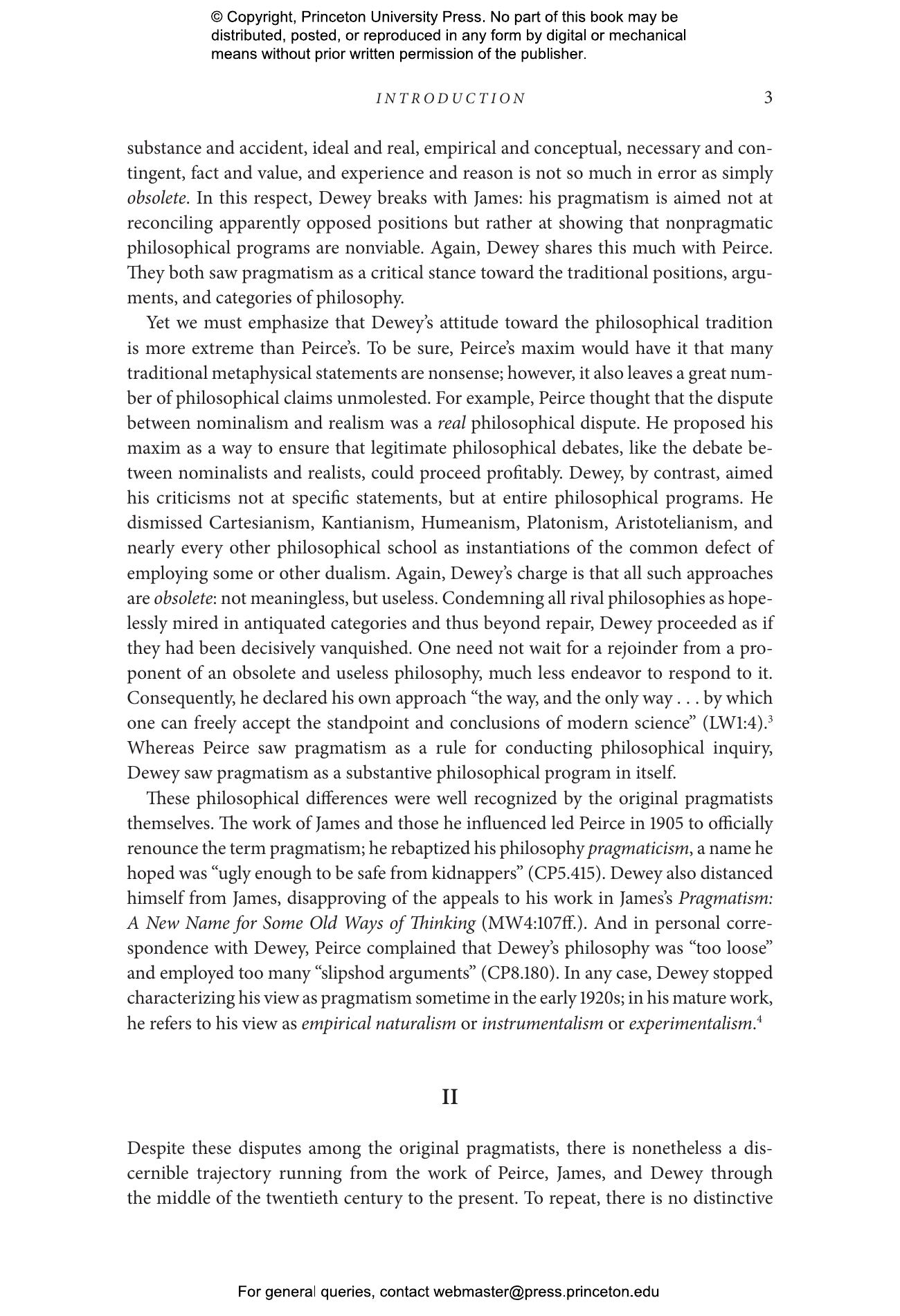 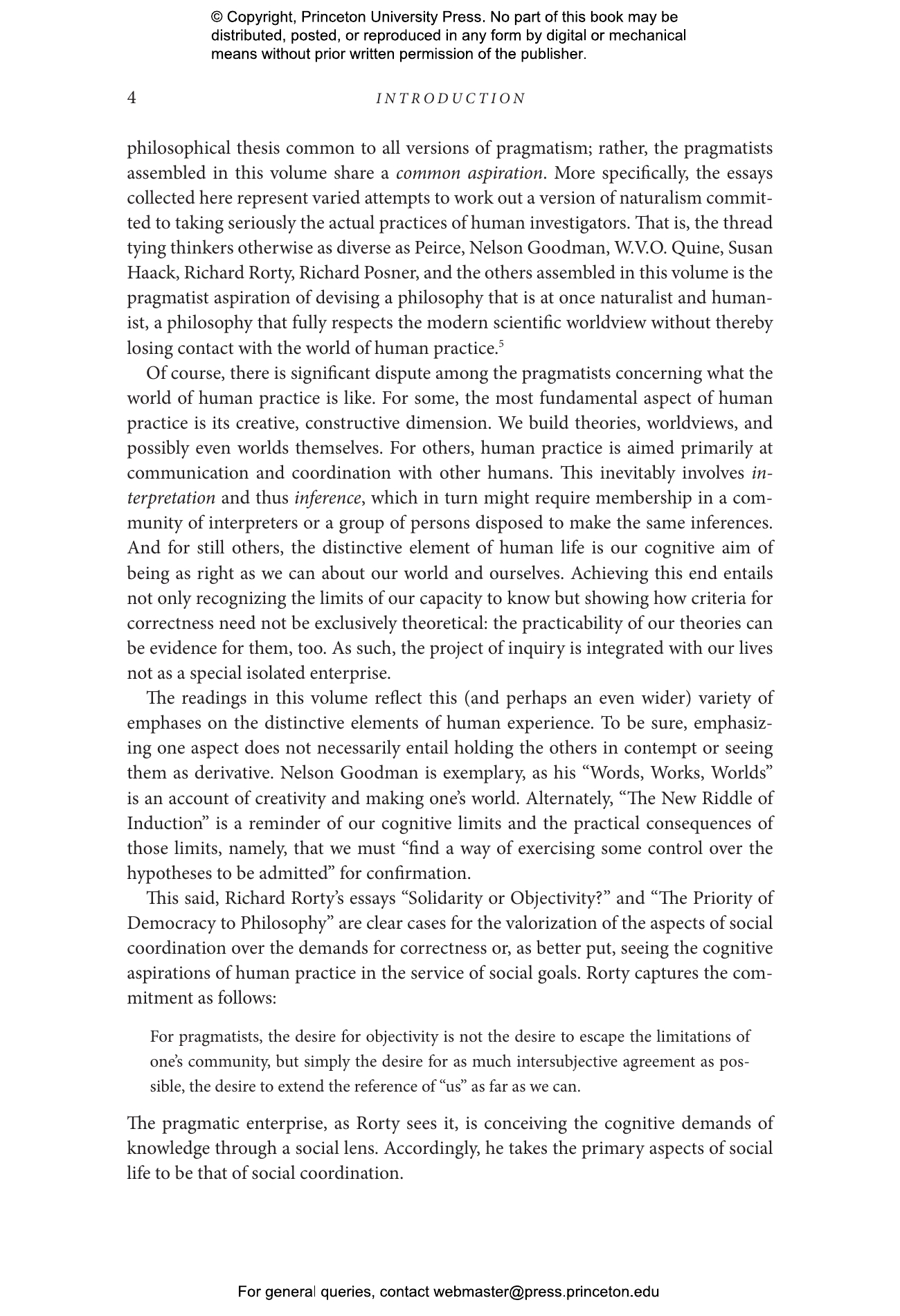 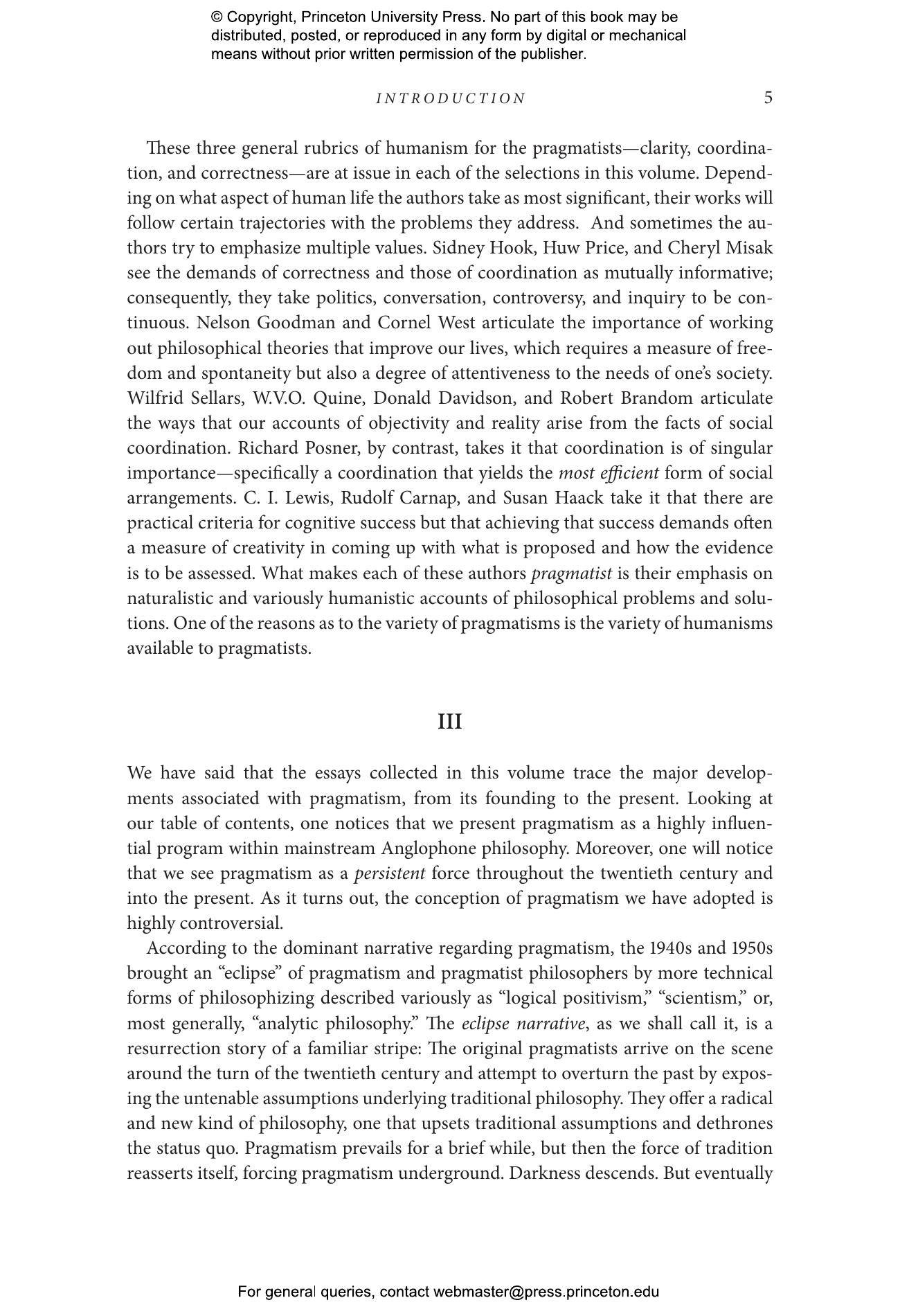 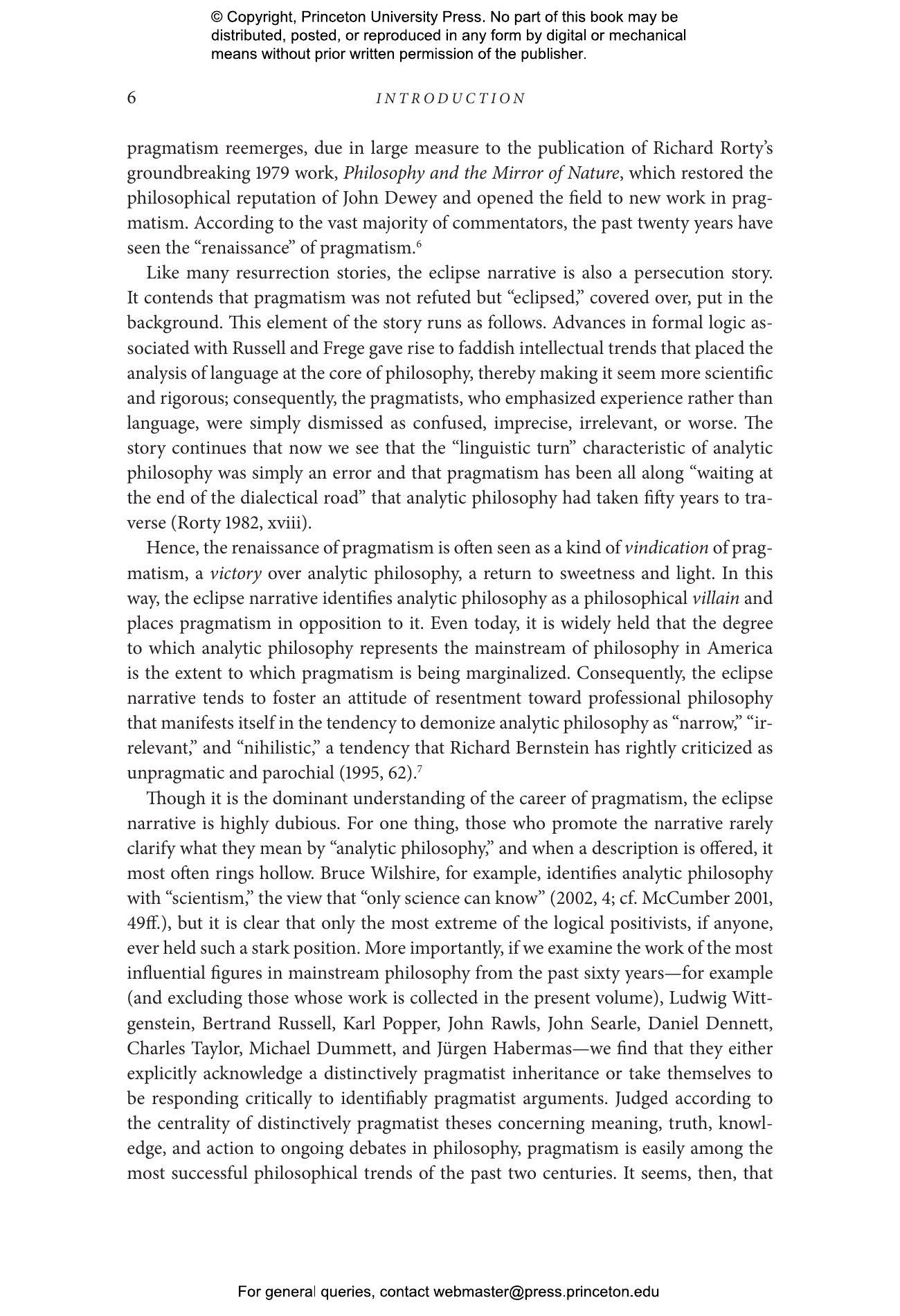 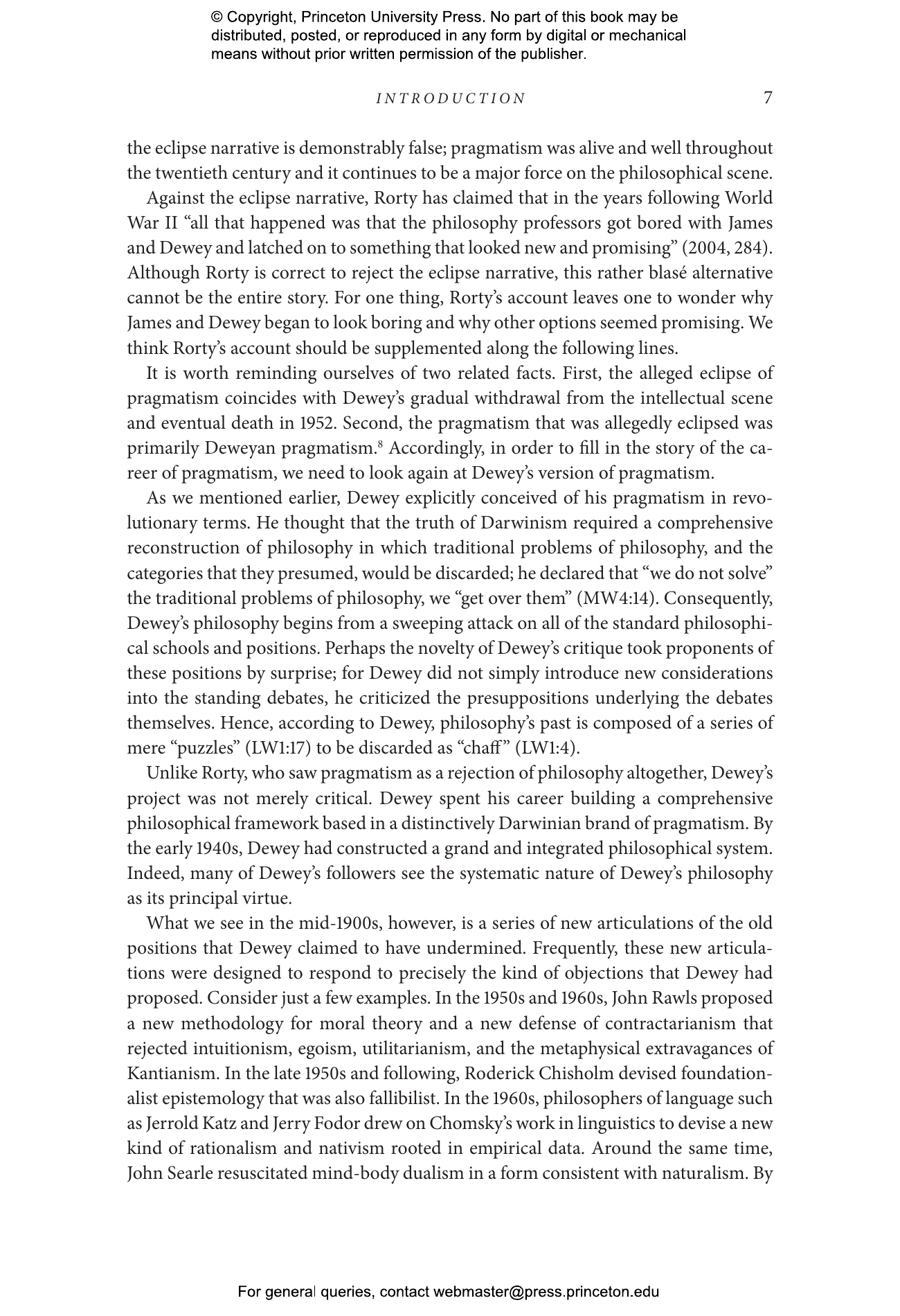 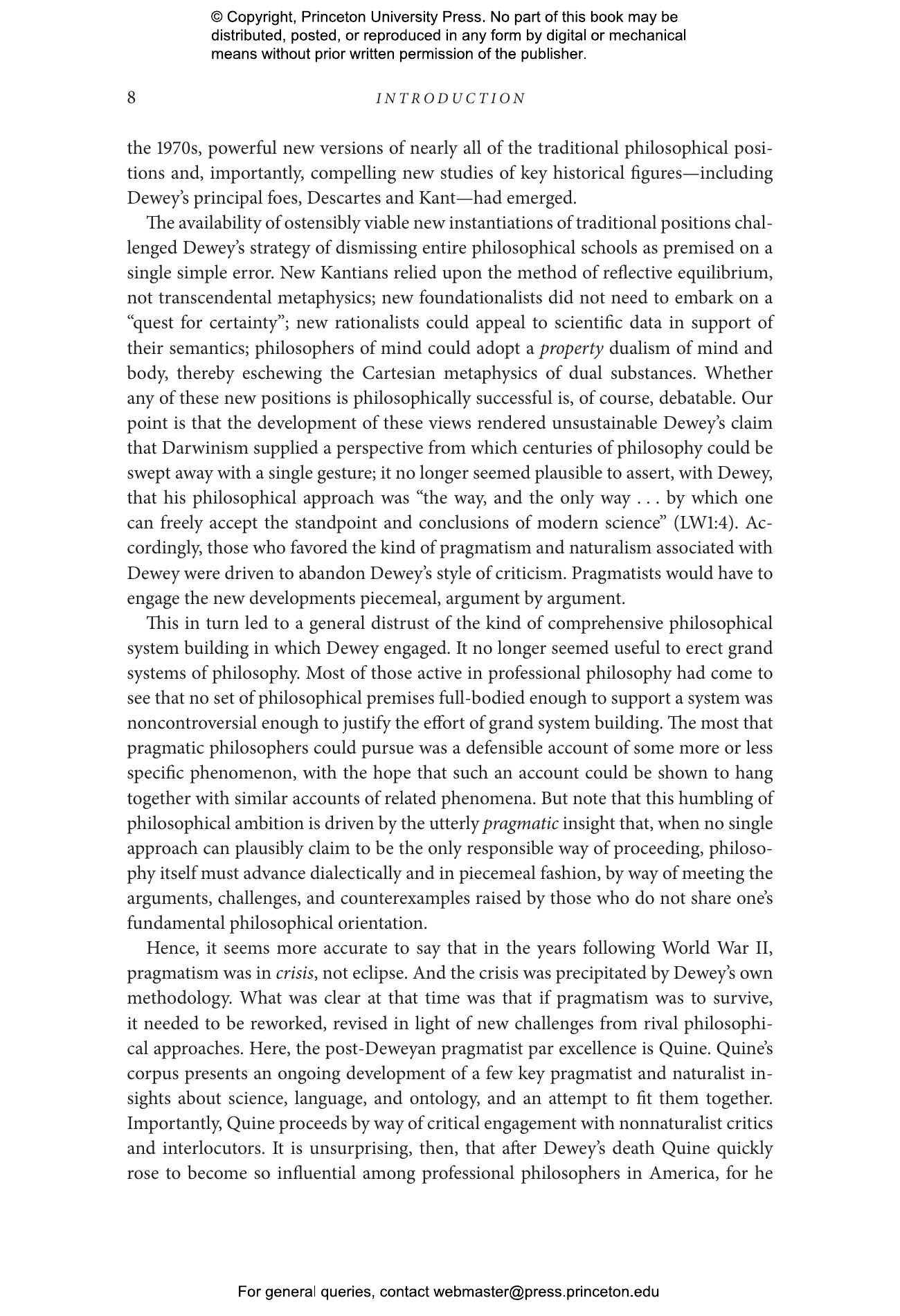 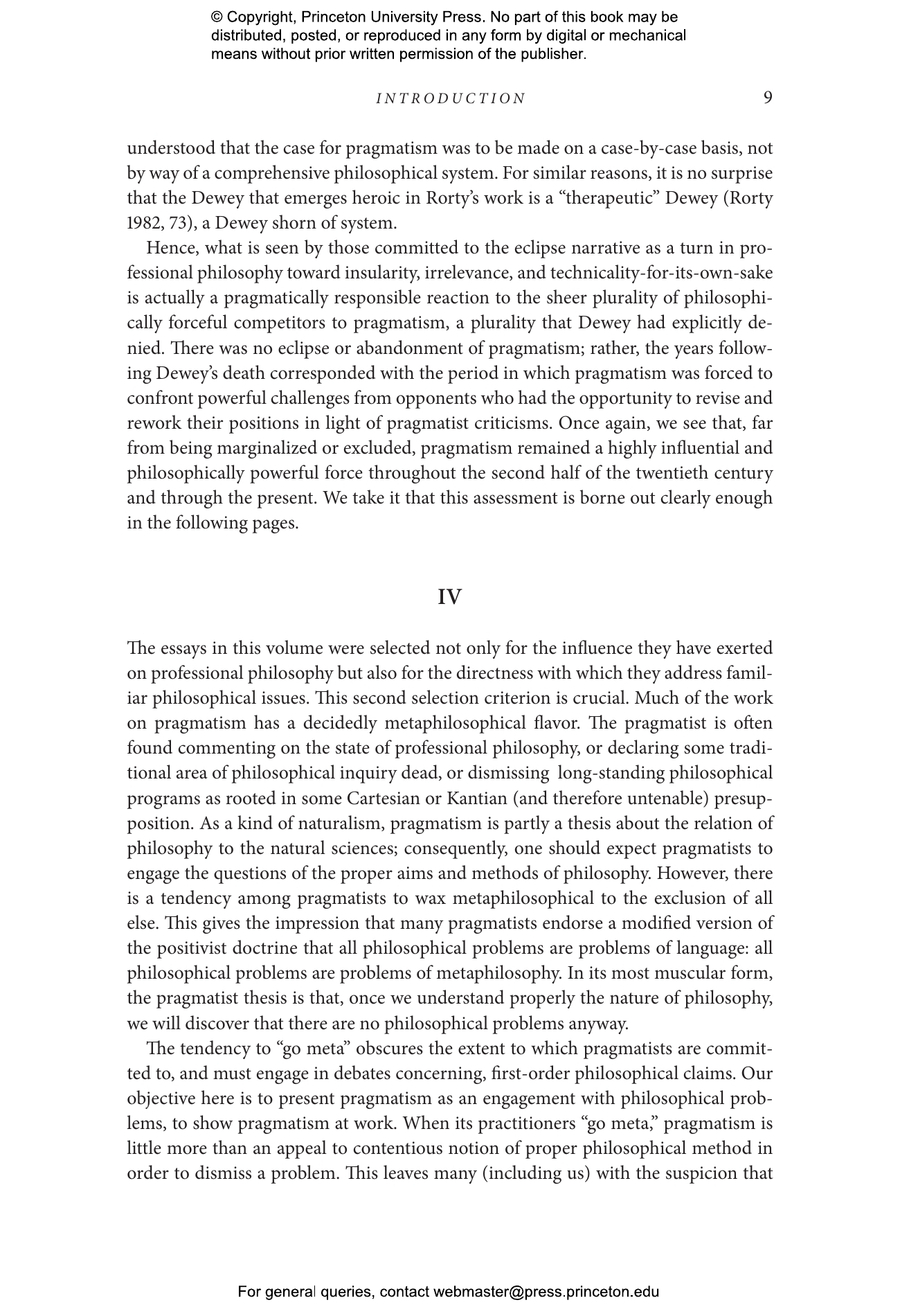 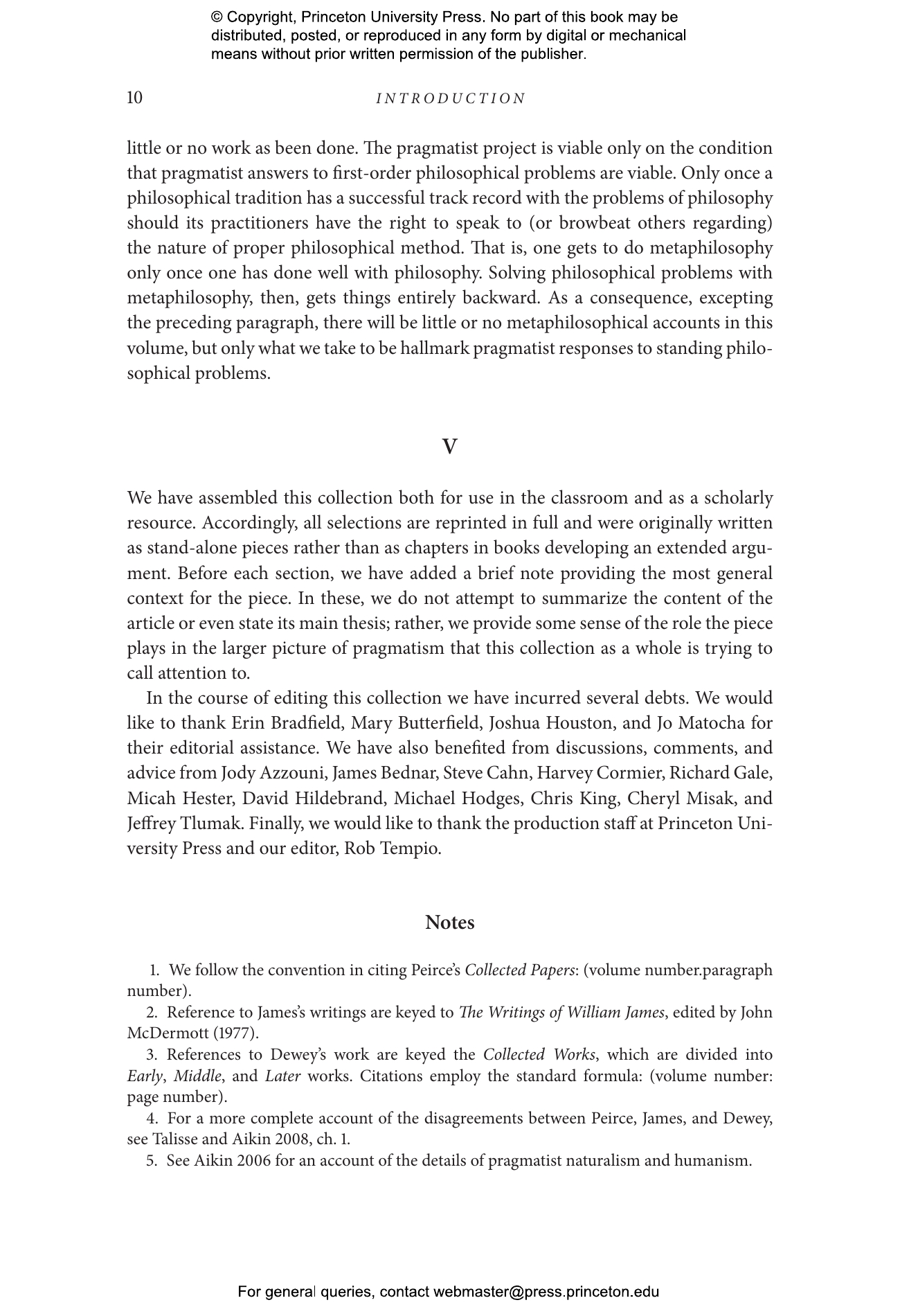 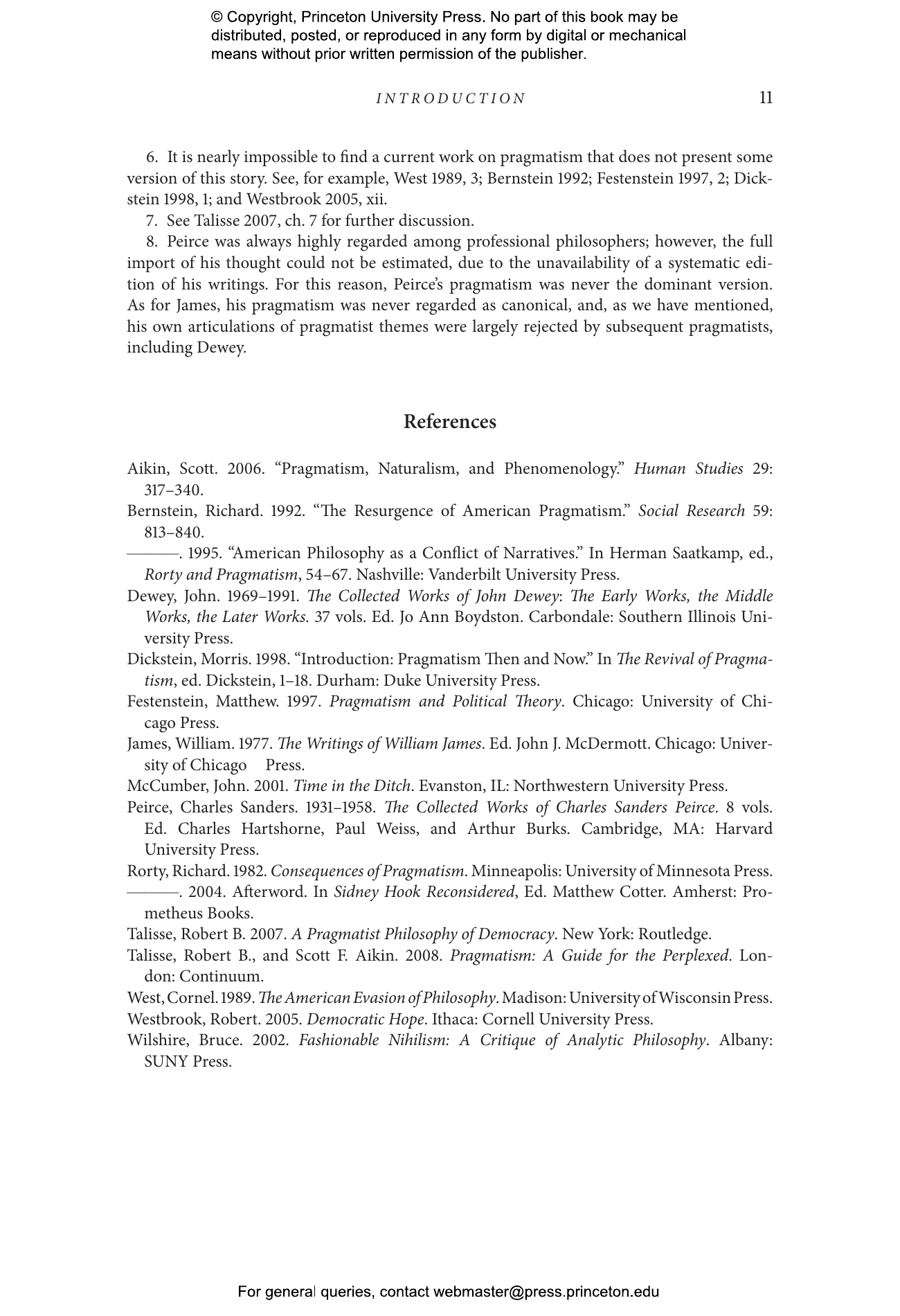 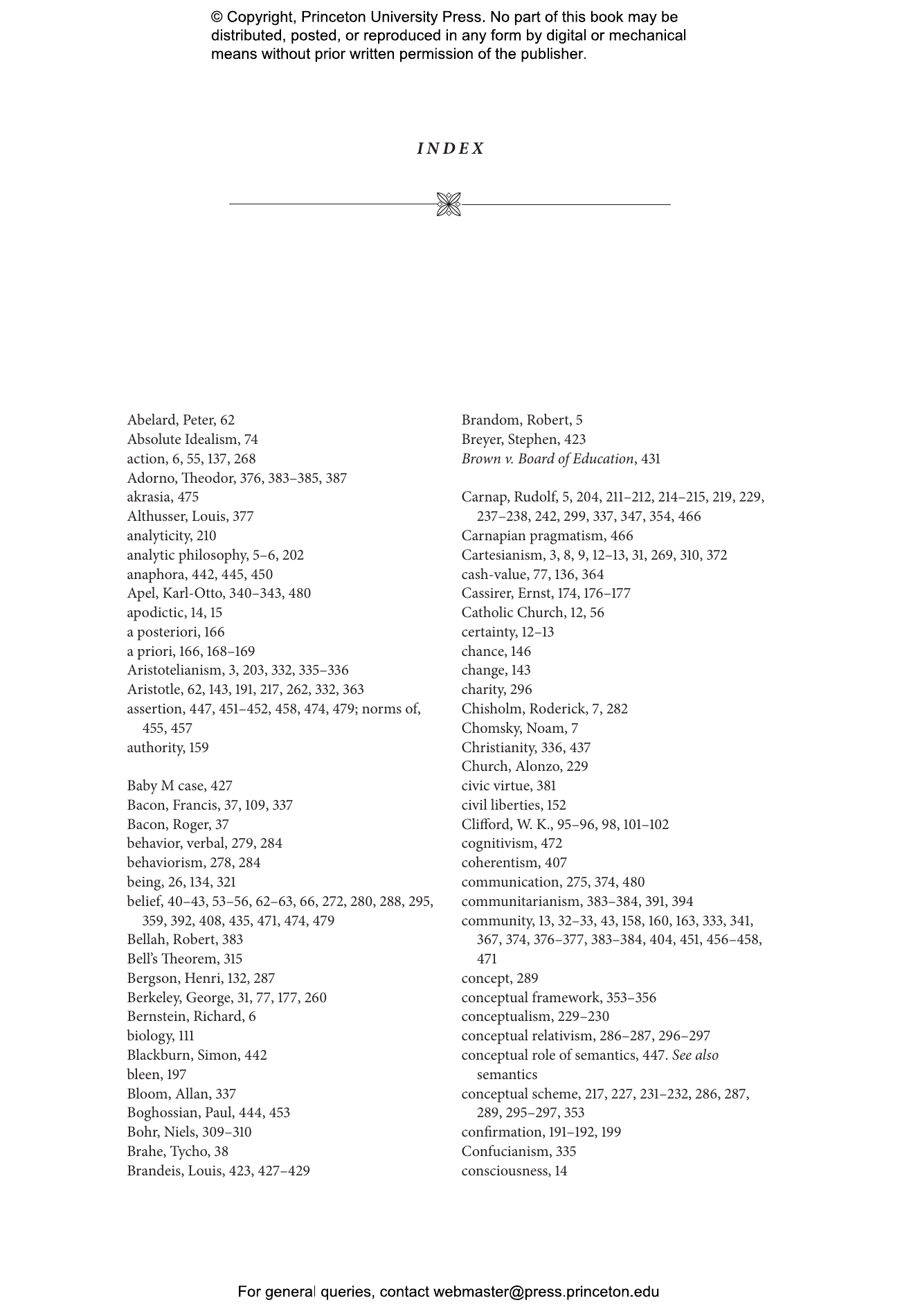 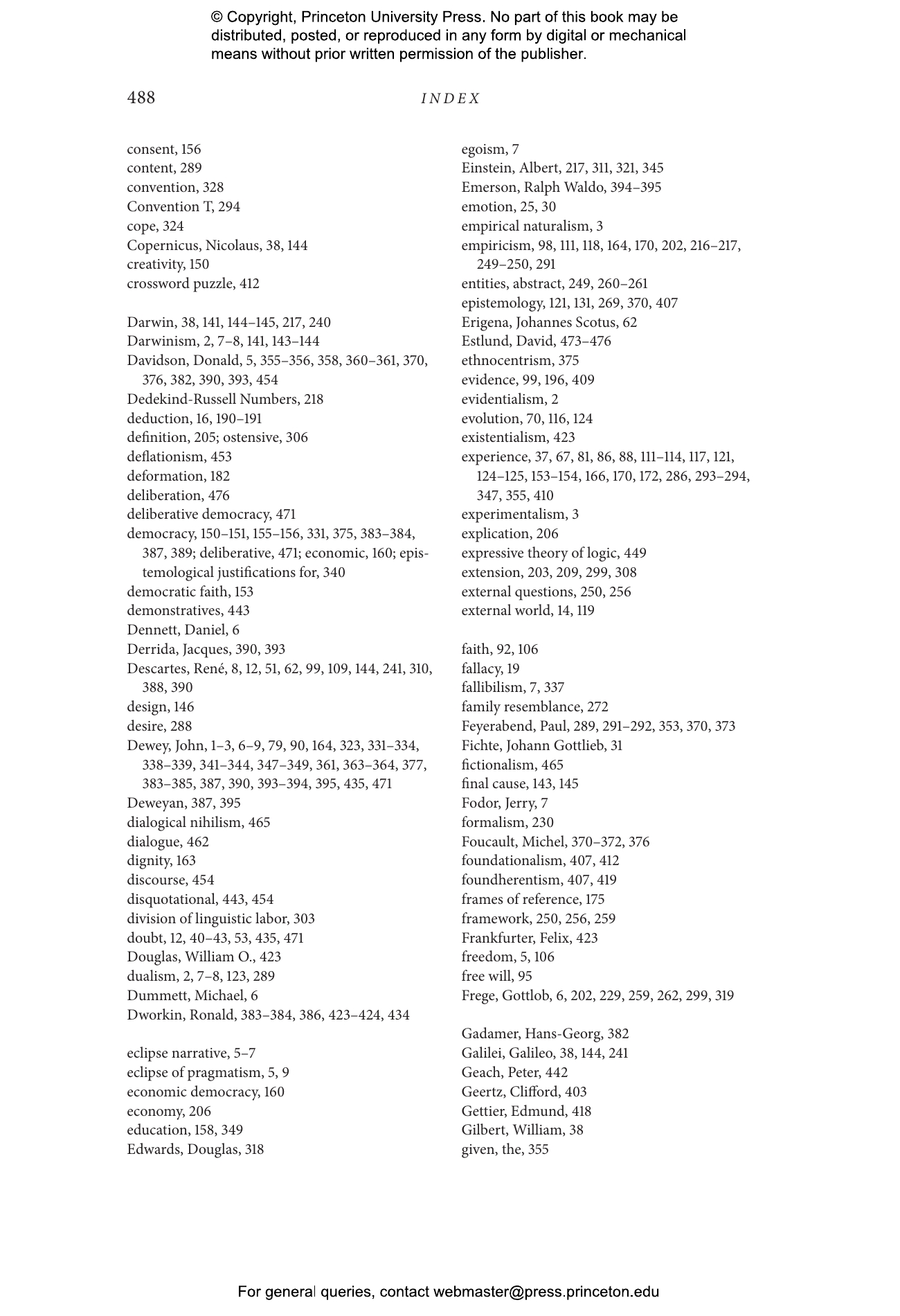 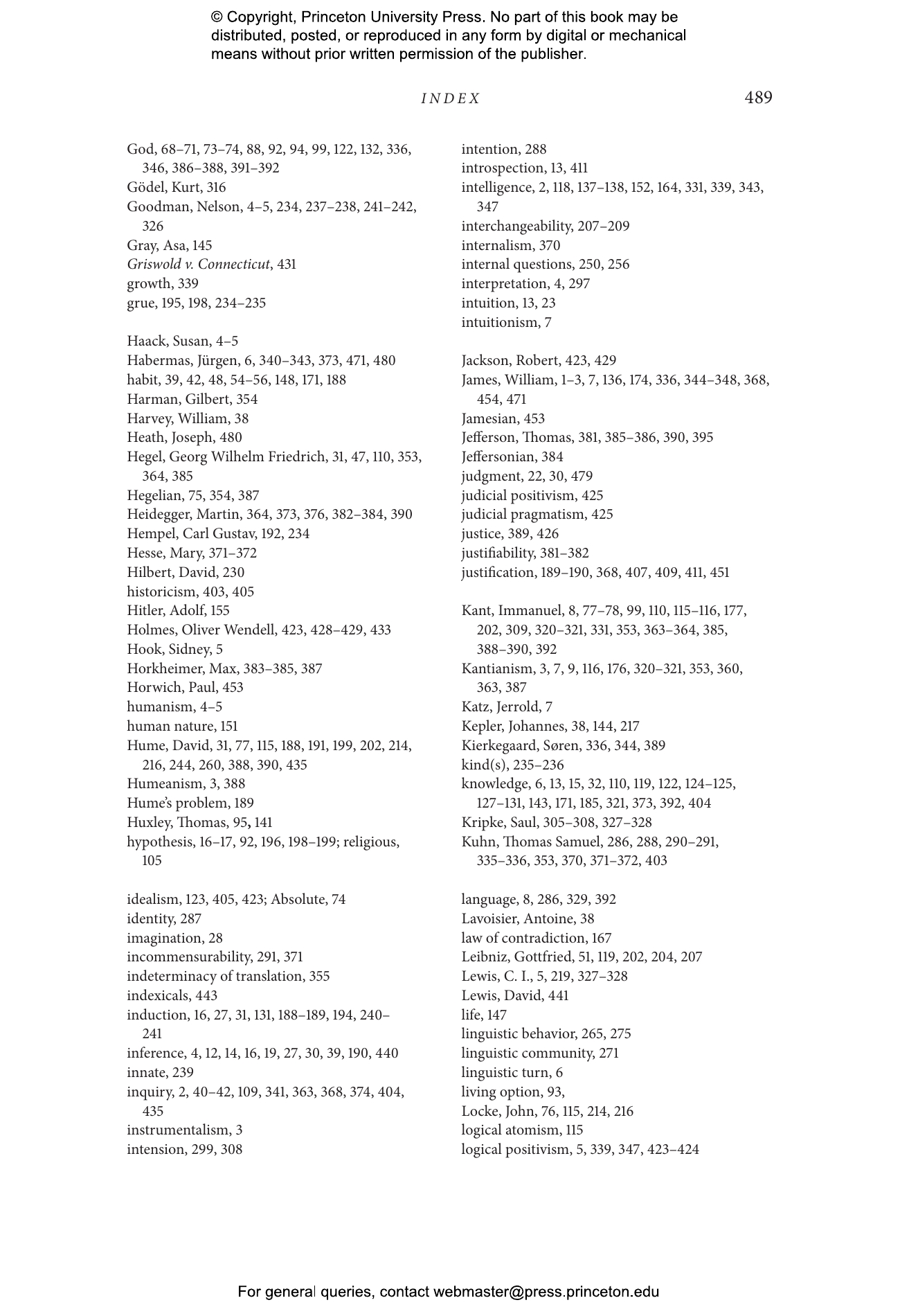 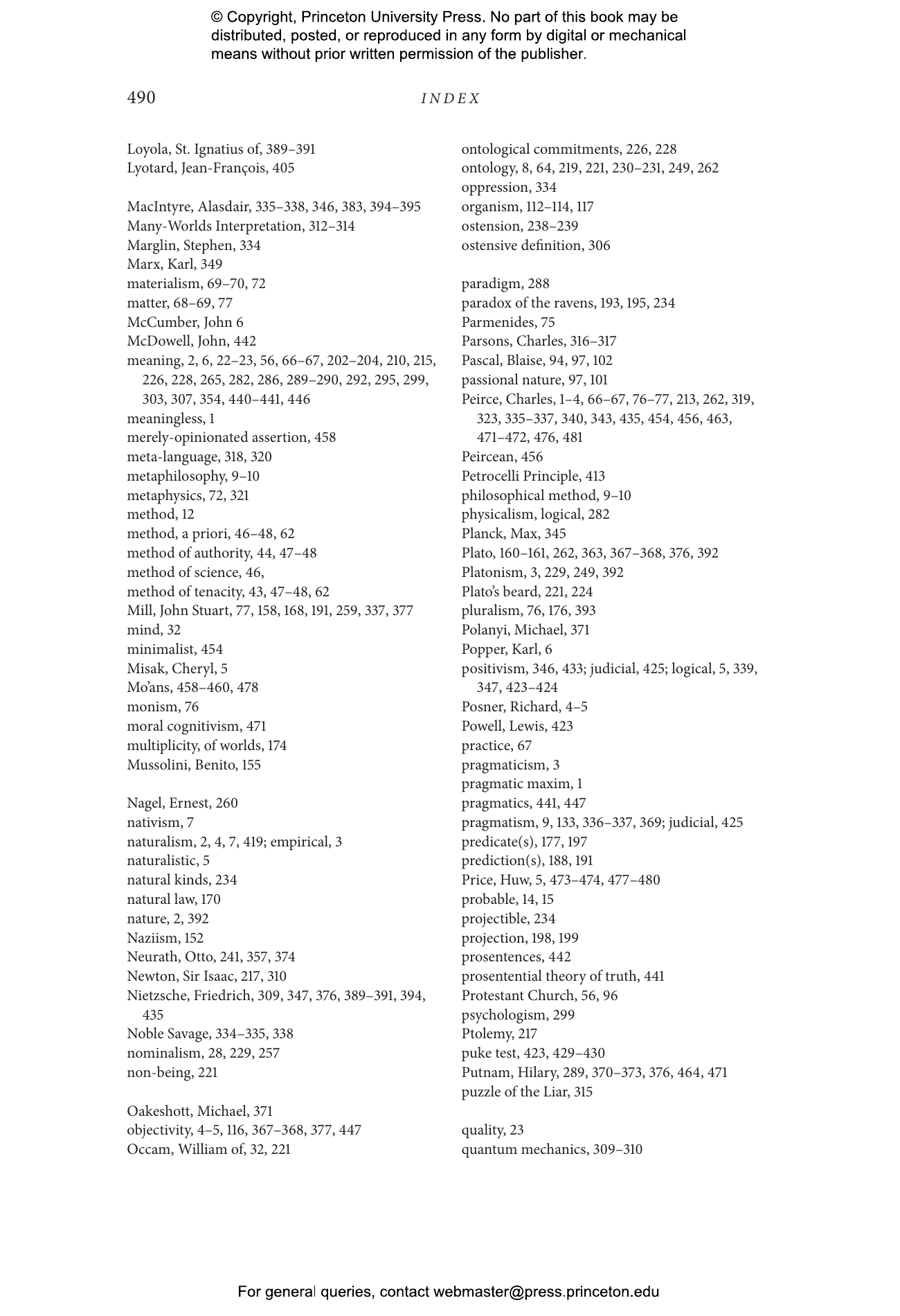 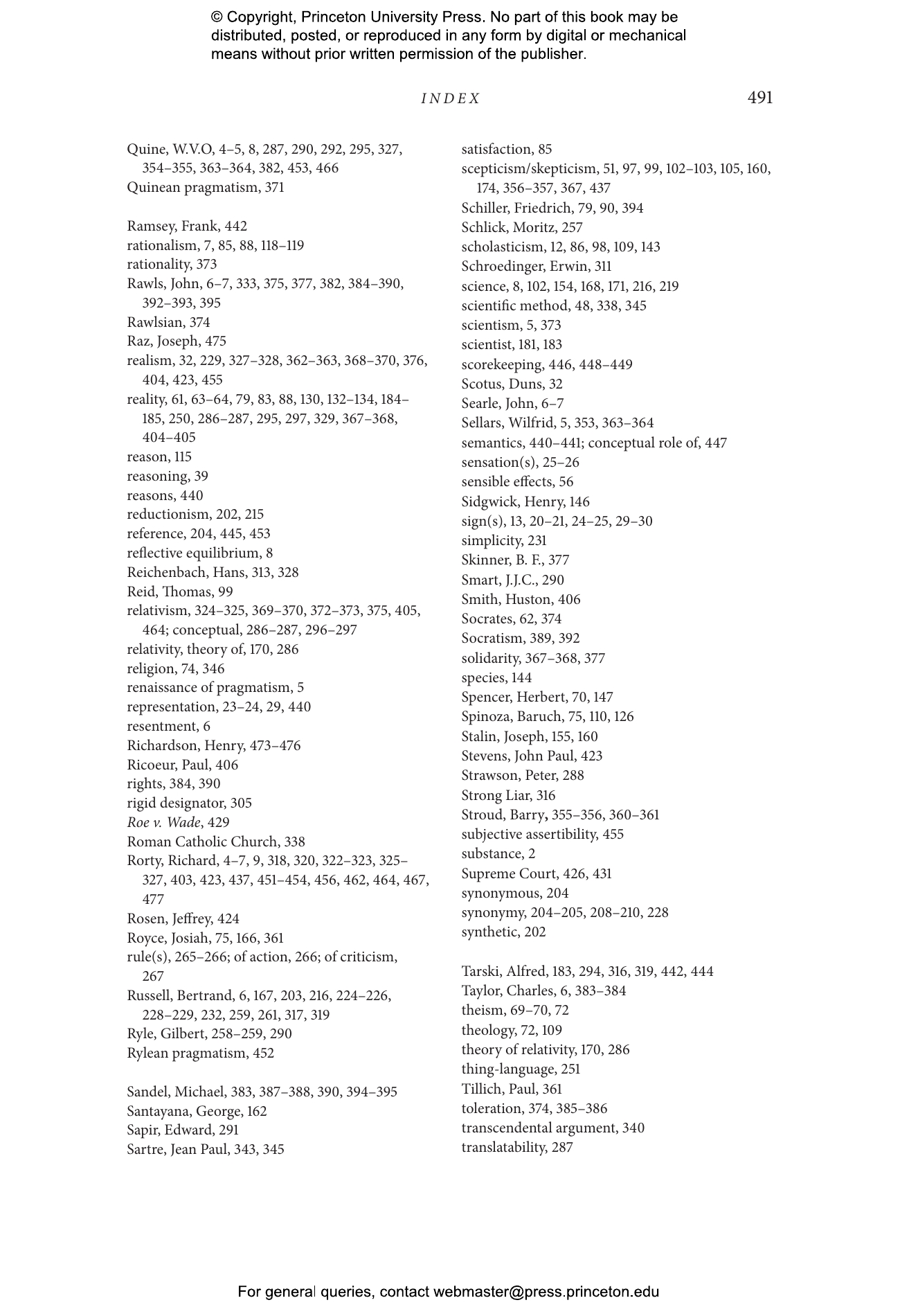 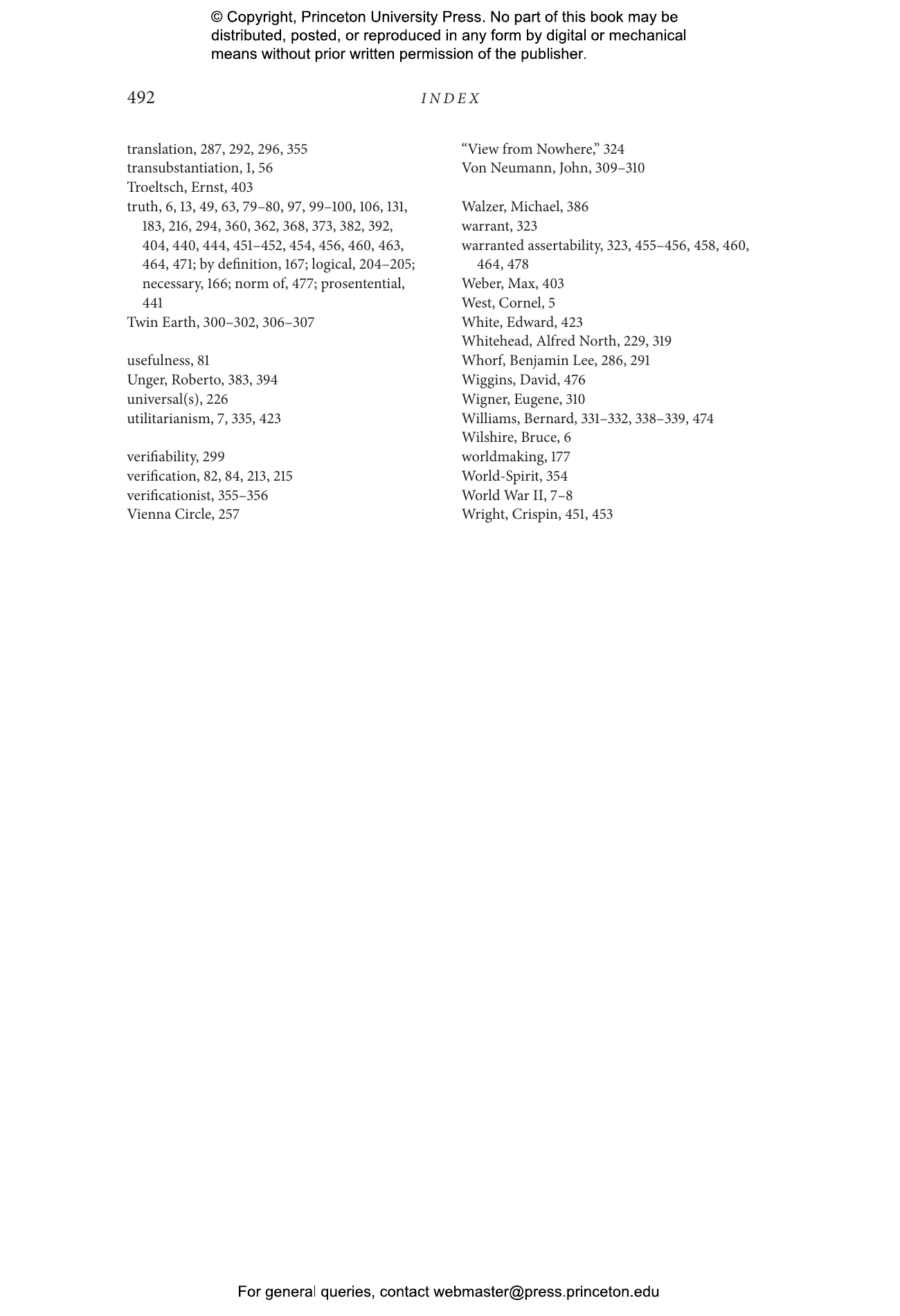 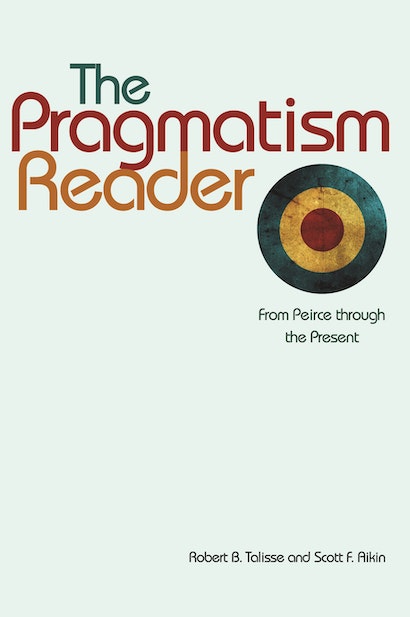 The Pragmatism Reader is the essential anthology of this important philosophical movement. Each selection featured here is a key writing by a leading pragmatist thinker, and represents a distinctively pragmatist approach to a core philosophical problem. The collection includes work by pragmatism’s founders, Charles Peirce, William James, and John Dewey, as well as seminal writings by mid-twentieth-century pragmatists such as Sidney Hook, C. I. Lewis, Nelson Goodman, Rudolf Carnap, Wilfrid Sellars, and W.V.O. Quine. This reader also includes the most important work in contemporary pragmatism by philosophers like Susan Haack, Cornel West, Hilary Putnam, Richard Rorty, Cheryl Misak, and Robert Brandom. Each selection is a stand-alone piece—not an excerpt or book chapter—and each is presented fully unabridged.

The Pragmatism Reader challenges the notion that pragmatism fell into a midcentury decline and was dormant until the advent of “neopragmatism” in the 1980s. This comprehensive anthology reveals a rich and highly influential tradition running unbroken through twentieth-century philosophy and continuing today. It shows how American pragmatist philosophers have contributed to leading philosophical debates about truth, meaning, knowledge, experience, belief, existence, justification, and freedom.

"This is an excellent collection, not simply of pragmatist thinkers, but serious and substantive philosophers. Talisse and Aiken have done a truly fine job of exhibiting the contributions to first-order philosophy by pragmatist-oriented thinkers over the years and helping to dispel the notion that pragmatism has been on the sidelines of important philosophical work. I recommend it, not only as an introduction to pragmatism (indeed, more than an introduction), but also as a work of fecund philosophical engagement."—David Boersema, Essays in Philosophy

"With an excellent selection of papers by all the classical pragmatists and a very well judged collection of pieces by more recent philosophers sympathetic to pragmatism, this superb volume provides material for a successful course on pragmatism and also offers readers a fascinating overview of its varieties."—Christopher Hookway, University of Sheffield

"The alleged patterns of storied philosophies are always contestable, and contested. Do they reflect objective joints or only artificial impositions? This collection helps to show just how objective the pattern of pragmatism is, and how broad its scope. It is a welcome arrangement of skillfully selected contributions."—Ernest Sosa, Rutgers University

"An excellent collection. The Pragmatism Reader currently offers the best selection of writings from the pragmatist tradition, and successfully presents the movement as a continuous and coherent strain in twentieth- and twenty-first-century philosophy."—Henry Jackman, York University

"The Pragmatism Reader does a much better job of bringing into bold relief the continuities in the development of pragmatism from its inception to the present than does any other anthology. Talisse and Aikin's introduction is bold and original and helps the reader to see these strands of continuity among the different pieces included here."—Richard M. Gale, professor emeritus, University of Pittsburgh