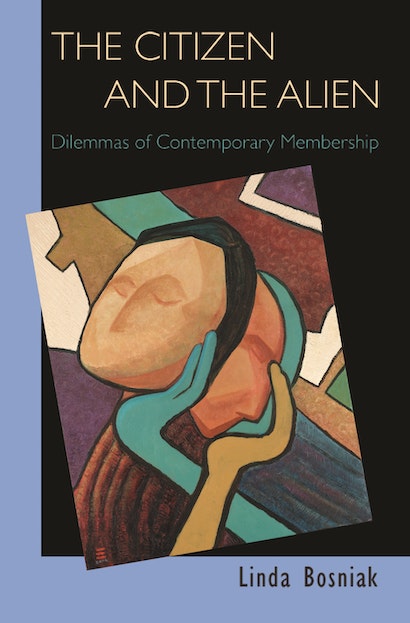 Citizenship presents two faces. Within a political community it stands for inclusion and universalism, but to outsiders, citizenship means exclusion. Because these aspects of citizenship appear spatially and jurisdictionally separate, they are usually regarded as complementary. In fact, the inclusionary and exclusionary dimensions of citizenship dramatically collide within the territory of the nation-state, creating multiple contradictions when it comes to the class of people the law calls aliens — transnational migrants with a status short of full citizenship. Examining alienage and alienage law in all of its complexities, The Citizen and the Alien explores the dilemmas of inclusion and exclusion inherent in the practices and institutions of citizenship in liberal democratic societies, especially the United States. In doing so, it offers an important new perspective on the changing meaning of citizenship in a world of highly porous borders and increasing transmigration.


As a particular form of noncitizenship, alienage represents a powerful lens through which to examine the meaning of citizenship itself, argues Linda Bosniak. She uses alienage to examine the promises and limits of the “equal citizenship” ideal that animates many constitutional democracies. In the process, she shows how core features of globalization serve to shape the structure of legal and social relationships at the very heart of national societies.

Linda Bosniak is a professor at the Rutgers University School of Law.

"The Citizen and the Alien represents a crucial contribution to an intensifying but theoretically ungrounded debate on the sustainability of currently defined democratic principles in an era of extensive transnational migration."—Markéta Ruliková, Central European Journal of International and Security Studies

"Linda Bosniak is one of the leading scholars on citizenship and alienage in the U.S. In this brilliant book she deploys her mastery of the subject in a manner that creates conceptual openings in the discourse on immigration. This allows her to discuss immigration in ways that also illuminate citizenship and personhood."—Saskia Sassen, author of Territory, Authority, Rights

"As the relationship between national territory, regional identity, and global jurisdiction becomes increasingly complex, questions of citizenship become more pressing: What forms of belonging and exclusion emerge on the transnational landscape? How do we conceive of the rights of aliens in a global polity inhabited by, and indebted to, guest workers, migrants, and the undocumented? Linda Bosniak's outstanding book rises to this challenging situation with remarkable clarity and extends her inventive legal perspective to provide insightful reflections on cultural and ethical issues."—Homi K. Bhabha, Harvard University

"Citizenship is more than a legal status. In the literatures of American law and political theory, citizenship has accumulated multiple (even contradictory) meanings. Linda Bosniak illuminates those meanings, starting with the rhetorical use of citizenship as an avenue to inclusion and national unity, and as a foundation for constitutional equality. She also explores a colder region, where the idea of citizenship excludes aliens even when they contribute positively to our local and national communities. Noting that we have already accepted a degree of 'the citizenship of aliens,' she forcefully argues for more. If you would study citizenship in America, read this book."—Kenneth Karst, UCLA Law School

"No other legal academic has confronted the divide of constitutional equality and citizenship's inherently exclusionary aspects as Linda Bosniak does in this book. It persuasively highlights the failure of most constitutional and political theorists to account for the boundedness of citizenship even as they aspire to its universality. The book brings a compelling new perspective to an important subject."—Peter J. Spiro, Temple University Law School

"This is a valuable work on the intersection of immigration law and the law applicable to resident aliens. This is almost certainly the most scholarly extended discussion of the linkage between those two fields yet written."—Mark Tushnet, Georgetown University Law School