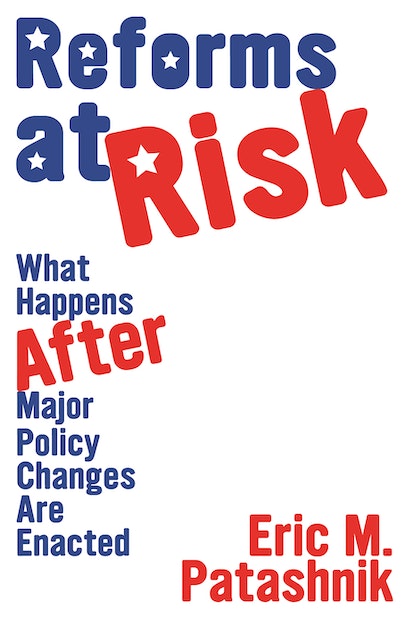 Reforms at Risk is the first book to closely examine what happens to sweeping and seemingly successful policy reforms after they are passed. Most books focus on the politics of reform adoption, yet as Eric Patashnik shows here, the political struggle does not end when major reforms become enacted. Why do certain highly praised policy reforms endure while others are quietly reversed or eroded away?


Patashnik peers into some of the most critical arenas of domestic-policy reform — including taxes, agricultural subsidies, airline deregulation, emissions trading, welfare state reform, and reform of government procurement — to identify the factors that enable reform measures to survive. He argues that the reforms that stick destroy an existing policy subsystem and reconfigure the political dynamic. Patashnik demonstrates that sustainable reforms create positive policy feedbacks, transform institutions, and often unleash the ”creative destructiveness” of market forces.

Reforms at Risk debunks the argument that reforms inevitably fail because Congress is prey to special interests, and the book provides a more realistic portrait of the possibilities and limits of positive change in American government. It is essential reading for scholars and practitioners of U.S. politics and public policy, offering practical lessons for anyone who wants to ensure that hard-fought reform victories survive.

Eric M. Patashnik is associate professor of politics at the University of Virginia. His books include Putting Trust in the US Budget: Federal Trust Funds and the Politics of Commitment. 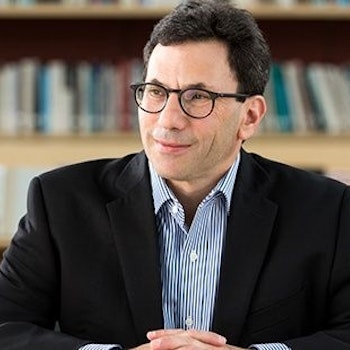 "Tremendous effort is invested by political scientists in an attempt to understanding the conditions that produce significant policy change. In this important book, Patashnik considers the fate of major policy changes."—S.Q. Kelly, Choice

"Eric M. Patashnik's excellent book . . . is an important book, for obvious reasons—as the Obama Administration settles in to a long, hard slog of reform across the broad swath of government activity, it will need to understand not only how to get reforms passed, but how to make sure they're carried out."—Elaine Kamarck, Democracy

"[Patashnik] produces not only a helpful primer for policy entrepreneurs on how to design reforms with self-reinforcing features, but also a fine-grained scholarly analysis of the limits of previous work on policymaking. It is an instant classic that will be widely read by practitioners and scholars alike. . . . Eric Patashnik has written a fascinating and enormously important book that tells us how policy designs help shape the long-term sustainability of general-interest reforms. . . . It is a brilliant book that confirms Patashnik's place among the top scholars examining the interaction between political science and public policy."—Andrea Louise Campbell, Journal of Policy History

"This is a very fine book—an example of American political science at its best, which is to say, very good indeed. . . . Fine scholarship informs and leaves the reader arguing with it throughout; by these two measures this is fine scholarship."—Michael Moran, Governance

"As the Obama administration and Congressional leaders address these and other challenges, they would do well to read Eric Patashnik's new book, Reforms at Risk. It is a book that adds to our base of knowledge and also provides insights that can be used to improve public policy."—John Hoornbeek, Journal of Politics

"[I]n contrast to portions of the political science literature that try to portray post-reform politics as a matter of cycles, or coalitions, or institutional design, Patashnik provides a more complex and, to me, more realistic account of the political dynamics, including the importance of timing, historical circumstance, and learning from experience."—J. Samuel Fitch, Policy Sciences

"Important reforms may be enacted, but what happens after that? Do the new laws take hold or do they fade away? What accounts for the striking variety in results? In this excellent new book, Eric Patashnik sets a new standard in addressing these questions."—David Mayhew, Yale University

"Eric Patashnik has written a fascinating account of why some general-interest policy reforms stick and others fall apart. By looking at general-interest reform as a dynamic process that unfolds over time—rather than as a single moment of legislative triumph—Patashnik offers a compelling analysis of what kinds of reforms are likely to create coalitions and conditions that will sustain them over time. This is political science at its best, a must-read for policymakers and scholars across the disciplines."—Julian Zelizer, Princeton University

''Seemingly momentous policy reforms are often unceremoniously abandoned in subsequent policymaking. In this penetrating and important book, Eric Patashnik explores the political circumstances that enable reforms to endure. Using a wide-ranging set of case studies—from taxes to agriculture to healthcare, among others—he shows that lasting reform is partly a matter of strategy and design."—Paul J. Quirk, University of British Columbia

"This book is clearly focused on a simple, important question: over time, why do some general interest reforms succeed more than others? Patashnik is absolutely right that scholars and journalists have focused far more on the enactment of reform than its subsequent implementation. Reforms at Risk fills a large void in the public policy literature."—Christopher Howard, College of William and Mary