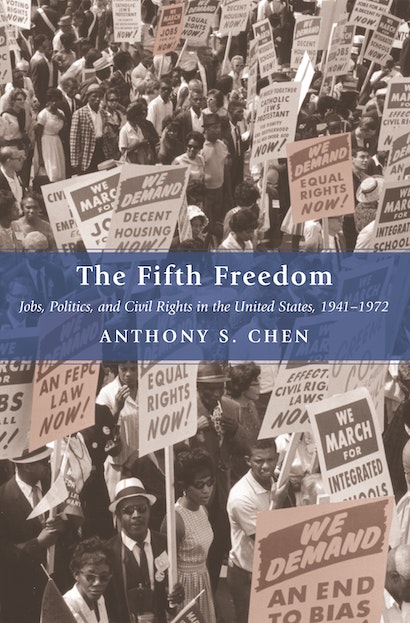 Where did affirmative action in employment come from? The conventional wisdom is that it was instituted during the Johnson and Nixon years through the backroom machinations of federal bureaucrats and judges. The Fifth Freedom presents a new perspective, tracing the roots of the policy to partisan conflicts over fair employment practices (FEP) legislation from the 1940s to the 1970s. Drawing on untapped sources, Anthony Chen chronicles the ironic, forgotten role played by American conservatives in the development of affirmative action.


Decades before affirmative action began making headlines, millions of Americans across the country debated whether government could and should regulate job discrimination. On one side was an interfaith and interracial bloc of liberals, who demanded FEP legislation that would establish a centralized system for enforcing equal treatment in the labor market. On the other side was a bloc of business-friendly, small-government conservatives, who felt that it was unwise to “legislate tolerance” and who made common cause with the conservative wing of the Republican party. Conservatives ultimately prevailed, but their obstruction of FEP legislation unintentionally facilitated the rise of affirmative action, a policy their ideological heirs would find even more abhorrent.


Broadly interdisciplinary, The Fifth Freedom sheds new light on the role of parties, elites, and institutions in the policymaking process; the impact of racial politics on electoral realignment; the history of civil rights; the decline of New Deal liberalism; and the rise of the New Right.

Anthony S. Chen is associate professor of sociology and public policy at the University of Michigan. 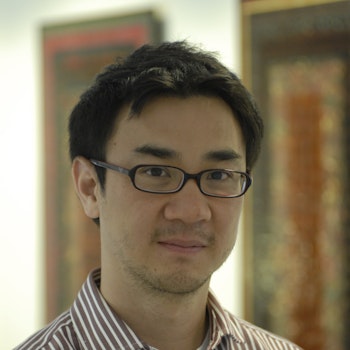 "[T]he main narrative of the book, grounded in extensive research and reading on mid-twentieth-century politics, makes a valuable contribution to the growing literature on the opposition to civil rights and its link to modern American conservatism."—Tracy E. K'Meyer, Register of the Kentucky Historical Society

"The Fifth Freedom is a thoughtful and challenging book. The chapters on state antidiscrimination measures are illuminating accounts of grass-roots debates over the public policy of race in the North during the heyday of civil-rights activism in the South. Indeed, Chen makes a compelling case that the classic narrative of the postwar struggle for racial justice in the South has obscured the equally fierce, if less lethal, battle for employment rights that raged throughout the northern states during those years. . . . [A] valuable addition to the literature on the civil-rights era."—Robert H. Zieger, Business History Review

"The Fifth Freedom is a comprehensive, compelling account of affirmative action's development. Appropriate for graduate-level methods courses, where Chen's incisive use of quantitative models should prompt valuable discussion of scholarly approaches, this impressive contribution to scholarship on postwar US culture should be read by any student of twentieth-century America."—David Kieran, Journal of American Studies

"Fifth Freedom is a fine text (appropriate for most graduate courses), engagingly written, stunningly thorough, and certain to be integral to charting the trajectory for future research on affirmative action."—David Crockett, Journal of African American History

"The Fifth Freedom is a masterpiece—a brilliant new take on the history of equal opportunity in America. Chen combines the best traditions of history, sociology, and political science to explain the decades-long effort to bring equal protection to the workplace. This gripping account not only charts the long struggle against workplace discrimination, it explains the origins of our ineffectual system of enforcement."—Frank Dobbin, Harvard University

"Chen offers a distinctive and pathbreaking reinterpretation of civil rights law, from the perspective of the states and localities that were the crucibles of policy innovation. Methodologically sophisticated and deeply researched, The Fifth Freedom represents the best of interdisciplinary social science."—Thomas J. Sugrue, University of Pennsylvania

"This is an important, meticulously researched, and engagingly written contribution to our understanding of the origins and consequences of civil rights policies in employment. Chen's analysis highlights the early—and often overlooked—years of the civil rights era, and in so doing, vividly demonstrates both the possibilities and the readily apparent fault lines that continue to impact the politics surrounding efforts to remedy racial inequality."—Paul Frymer, Princeton University

"The Fifth Freedom is an important achievement of historical reconstruction, substantially revising our understanding of the civil rights revolution and the politics behind it. I have tremendous admiration for this book."—Robert C. Lieberman, author of Shaping Race Policy