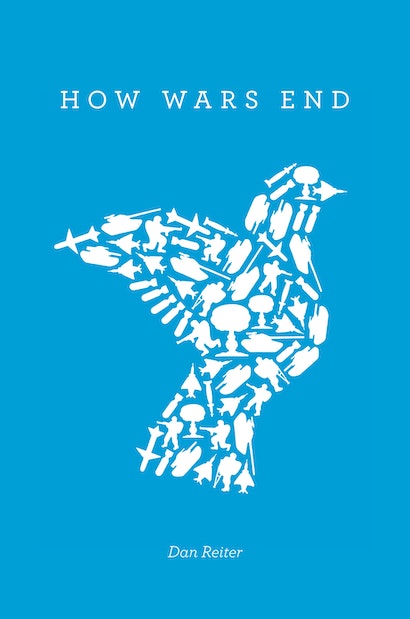 Why do some countries choose to end wars short of total victory while others fight on, sometimes in the face of appalling odds? How Wars End argues that two central factors shape war-termination decision making: information about the balance of power and the resolve of one’s enemy, and fears that the other side’s commitment to abide by a war-ending peace settlement may not be credible.


Dan Reiter explains how information about combat outcomes and other factors may persuade a warring nation to demand more or less in peace negotiations, and why a country might refuse to negotiate limited terms and instead tenaciously pursue absolute victory if it fears that its enemy might renege on a peace deal. He fully lays out the theory and then tests it on more than twenty cases of war-termination behavior, including decisions during the American Civil War, the two world wars, and the Korean War. Reiter helps solve some of the most enduring puzzles in military history, such as why Abraham Lincoln issued the Emancipation Proclamation, why Germany in 1918 renewed its attack in the West after securing peace with Russia in the East, and why Britain refused to seek peace terms with Germany after France fell in 1940.

How Wars End concludes with a timely discussion of twentieth-century American foreign policy, framing the Bush Doctrine’s emphasis on preventive war in the context of the theory.

Dan Reiter is professor and chair of political science at Emory University. He is the author of Crucible of Beliefs: Learning, Alliances, and World Wars and the coauthor of Democracies at War (Princeton).

"Many social scientists have studied how wars start, but fewer have looked into how wars end. . . . The work belongs in most college and university libraries."—Choice

"The causes of wars have received far more scholarly attention than their termination, yet ending them once started is a crucial issue both for theorists and policymakers. In How Wars End, Dan Reiter extends the bargaining model of war to resolve key discrepancies in its ability to explain termination. In the process, he offers a model of theoretical clarity and rich empirical case analysis. Reiter is one of the most consistently insightful scholars in security studies today, and his contribution on this issue is essential reading for anyone who cares about the problem of war."—Stephen Biddle, Council on Foreign Relations

"A very fine book. How Wars End is the first serious attempt to integrate the information and commitment perspectives on war termination, and the first book that I am aware of to focus so systematically on the connection between war termination and war aims. It is hard to imagine how any course with a substantial focus on rationalist explanations of war could neglect to assign this book."—Benjamin Valentino, Dartmouth College

"Integrating important recent strands of rationalist theorizing about war as a bargaining problem, Reiter synthesizes an original explanation for war termination that hinges on belligerents' expectations about the costs and benefits of continued fighting. This will be a widely read, influential book that will immediately become a standard work in a lively literature that is right at the heart of contemporary international relations scholarship."—Jack L. Snyder, Columbia University