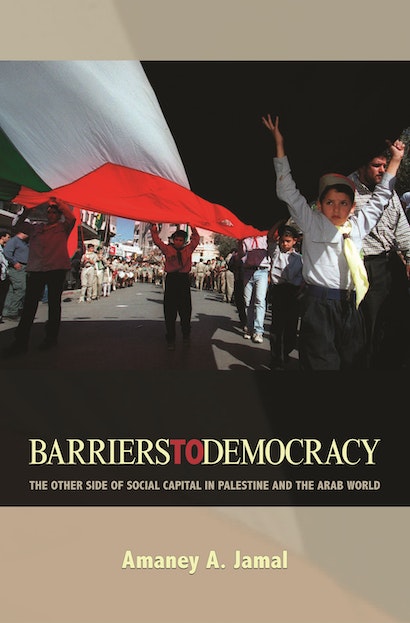 Democracy-building efforts from the early 1990s on have funneled billions of dollars into nongovernmental organizations across the developing world, with the U.S. administration of George W. Bush leading the charge since 2001. But are many such “civil society” initiatives fatally flawed? Focusing on the Palestinian West Bank and the Arab world, Barriers to Democracy mounts a powerful challenge to the core tenet of civil society initiatives: namely, that public participation in private associations necessarily yields the sort of civic engagement that, in turn, sustains effective democratic institutions. Such assertions tend to rely on evidence from states that are democratic to begin with. Here, Amaney Jamal investigates the role of civic associations in promoting democratic attitudes and behavioral patterns in contexts that are less than democratic.


Jamal argues that, in state-centralized environments, associations can just as easily promote civic qualities vital to authoritarian citizenship — such as support for the regime in power. Thus, any assessment of the influence of associational life on civic life must take into account political contexts, including the relationships among associations, their leaders, and political institutions.

Barriers to Democracy both builds on and critiques the multifaceted literature that has emerged since the mid-1990s on associational life and civil society. By critically examining associational life in the West Bank during the height of the Oslo Peace Process (1993-99), and extending her findings to Morocco, Egypt, and Jordan, Jamal provides vital new insights into a timely issue.

Amaney A. Jamal is assistant professor of politics at Princeton University. Named a Carnegie Scholar in 2005, she is co-principal investigator of the Arab Global Barometer Project, the first systematic cross-national survey gauging democratic attitudes and behaviors in the Arab world. 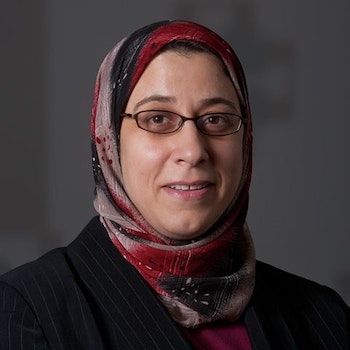 "Jamal's field research in the Palestinian West Bank suggests that the posited correlation between civil society and democracy is not quite so straightforward...These sobering findings need not cause those Arabs and outsiders seeking a democratic opening to give up on civil society. They should, however remind both the scholar seeking to understand and the reformer working to change of the need to appreciate how things actually work."—L. Carl Brown, Foreign Affairs

"In the current study, Jamal emphasizes comparisons of associational life in the West with the Arab states. Accepted wisdom links associational life to the growth and maintenance of a healthy democracy. But the author's extensive fieldwork has uncovered a challenge to this conventional linkage, showing that associational life can be used to prop up undemocratic states. This is an important and timely insight."—M. Slann, Choice

"Jamal's book . . . is an excellent contribution to the literature on democracy and associational life and it serves as an important assessment of the impact of social capital on democratic life."—Donald G. Ellis, Ph.D., ASMEA (Association for the Study of the Middle East and Africa)

"Jamal's work . . . deserve[s] attention from all of those who are concerned about the troubling quality of politics in the Arab world. . . . Those engaged in democracy promotion, in particular, should read this volume closely and heed its lessons about the uneasy relationship between civil society and democracy in the Arab world."—Steven Heydemann, Middle East Journal

"Amaney Jamal's volume is a welcome addition to the literature on democracy outside Europe and Latin America. . . . A reading of this book will help, by beginning the process of disassembling the various disciplines' multifarious and misleading Orientalist 'idées reçues'."—Roger Heacock, International Affairs

"This is social science at its absolute best. This book uses empirical data from the Arab world to point out flaws in our conventional wisdom about the importance of civil societies in a democracy. Everyone who cares about democratic theory needs to confront these findings, and anyone who wants to understand the failure of American efforts to promote democracy in the Middle East could do no better than start with this book."—Lisa Anderson, Columbia University

"A very impressive and highly original study that is rich in analysis and theoretical insight, not only about Palestinian politics during the Oslo period, but also about the conditions under which civic associations do and do not foster attitudes and behaviors that contribute to democratization in the broader Arab world."—Mark Tessler, University of Michigan

"This book fills an important gap in the wide literature on civil society. It notably expands upon this literature, both substantively, through unique and important survey data, and theoretically, in an argument that asks us to rethink how regime types affect the connections between participation in civic associations and democratic attitudes. By doing so, it not only contributes to the academic literature—which has largely assumed that lessons drawn from democracies can be applied to authoritarian regimes—but it also prompts rethinking in the policy debates over democratization. Academics and policymakers will find much of value in rethinking politics not only in Palestine and the Arab world, but also in authoritarian regimes elsewhere."—Ellen M. Lust-Okar, Yale University

"Taking as a point of departure the substantial work on civil society, Amaney Jamal engages a set of issues that are critical to understanding the paths of and possibilities for democratic transitions. In an academic and policy atmosphere in which building democracy abroad, especially in the Middle East, has become one of the most commonly discussed goals, her book should appeal to a wide audience."—Laurie A. Brand, author of Citizens Abroad: Emigration and the State in the Middle East and North Africa