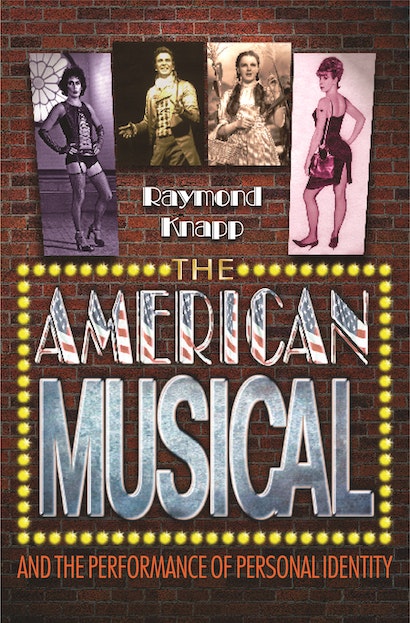 The American musical has long provided an important vehicle through which writers, performers, and audiences reimagine who they are and how they might best interact with the world around them. Musicals are especially good at this because they provide not only an opportunity for us to enact dramatic versions of alternative identities, but also the material for performing such alternatives in the real world, through songs and the characters and attitudes those songs project.


This book addresses a variety of specific themes in musicals that serve this general function: fairy tale and fantasy, idealism and inspiration, gender and sexuality, and relationships, among others. It also considers three overlapping genres that are central, in quite different ways, to the projection of personal identity: operetta, movie musicals, and operatic musicals.


Among the musicals discussed are Camelot, Candide; Chicago; Company; Evita; Gypsy; Into the Woods; Kiss Me, Kate; A Little Night Music; Man of La Mancha; Meet Me in St. Louis; The Merry Widow; Moulin Rouge; My Fair Lady; Passion; The Rocky Horror Picture Show; Singin’ in the Rain; Stormy Weather; Sweeney Todd; and The Wizard of Oz.


Complementing the author’s earlier work, The American Musical and the Formation of National Identity, this book completes a two-volume thematic history of the genre, designed for general audiences and specialists alike.

Raymond Knapp is professor of musicology at the University of California, Los Angeles, and the author of The American Musical and the Formation of National Identity (Princeton), winner of the George Jean Nathan Award for Dramatic Criticism. He has also published books on Brahms and Mahler.

"Brainy [and] meticulous. . . . The bedrock idea in The American Musical and the Performance of Personal Identity is that the self is, on some level, a performance—and isn't a performance incomplete when there's no audience? Other people provide the receptivity and feedback that allow one to become a certain person, rather than another. Character is—to revert to that inspiring buzzword—collaboration."—Celia Wren, American Theatre

"The American Musical and the Performance of Personal Identity is an insightful contribution to current scholarship on musical theatre. It integrates theoretical approaches based in both musicology and audience reception, and applies these approaches across the media of film and theatre. In so doing, it offers a transferable, revealing methodology for similarly sophisticated analyses of the role of musical theatre in American culture."—Diana Calderazzo, Theatre Journal

"With an engaging and accessible style, Knapp examines the ways American national and personal identity are revealed and defined through the evolving twentieth-century genres of stage and film musicals."—Arthur Pritchard, Studies in Musical Theater

"Raymond Knapp has an extraordinarily perceptive ear. As he surveys the history of the American musical, he hears things—important things, revelatory things—that earlier writers . . . have missed."—Edward Green, Popular Music and Society

"Knapp's writing is lively and elegant, his knowledge and research are exceedingly wide-ranging, and his observations are incisive and on-the-mark, often very funny, and frequently astonishing in their acuity."—Stacy Wolf, Modern Drama

"Knapp speaks with an original voice and offers fresh perspectives. This will be regarded as one of the major books in the field."—Geoffrey Block, University of Puget Sound, General Editor, Yale Broadway Masters

"This extraordinary, original book leaves well behind any lingering suspicion that the musical is not worthy of serious cultural analysis. The scholarship is superb, Knapp's writing clear and engaging."—Rose Rosengard Subotnik, Brown University