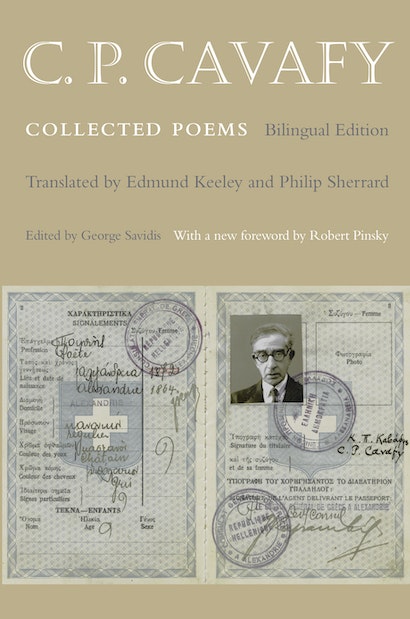 C. P. Cavafy (1863-1933) lived in relative obscurity in Alexandria, and a collected edition of his poems was not published until after his death. Now, however, he is regarded as the most important figure in twentieth-century Greek poetry, and his poems are considered among the most powerful in modern European literature.

This revised bilingual edition of Collected Poems offers the reader the original Greek texts facing what are now recognized as the standard English translations of Cavafy’s poetry. It is this translation that best captures the poet’s mixture of formal and idiomatic language and that preserves the immediacy of his increasingly frank treatment of homosexual eroticism, his brilliant re-creation of history, and his astute political ironies. This new bilingual edition also features the notes of editor George Savidis and a new foreword by Robert Pinsky.

Edmund Keeley is Charles Barnwell Straut Class of 1923 Professor of English, emeritus, and professor of creative writing, emeritus, at Princeton University. Philip Sherrard (1922-1995) was research fellow at St. Antony's College, Oxford, and lecturer in the history of the Orthodox Church at King's College, London. George Savidis (1929-1995) was professor of modern Greek at the University of Thessaloniki and George Seferis Visiting Professor at Harvard University.

"At least as far as Cavafy's 'canon' of 154 sanctioned poems is concerned, it seems likely that the long-established version by Edmund Keeley and Philip Sherrard . . . will continue, deservedly, to hold the field."—Peter Green, New Republic