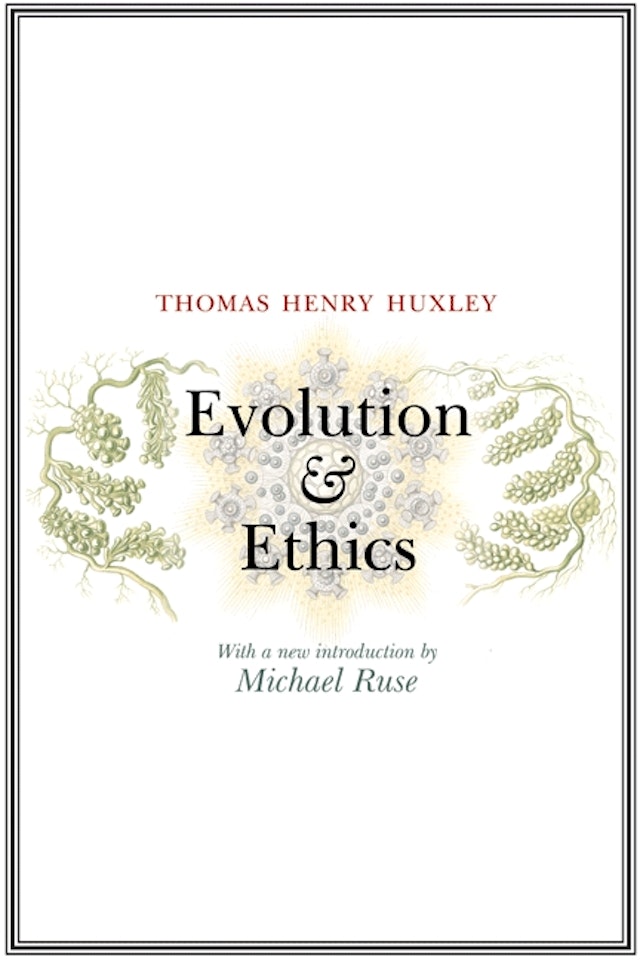 Thomas Henry Huxley (1825-1895) was one of the most prominent evolutionists of the late nineteenth century. A close companion of Charles Darwin, Huxley developed a reputation as “Darwin’s Bulldog” for his relentless defense of evolutionary theory. Huxley was also an ardent supporter of social reform, particularly in his call for quality education at all levels. Evolution and Ethics, widely considered to be his greatest lecture, distilled a lifetime’s wisdom and sensitive understanding of the nature and needs of humankind. Arguing that the human psyche is at war with itself, that humans are alienated in the cosmos, and that moral societies are necessarily in conflict with the natural conditions of their existence, Huxley nevertheless saw moral dictates as the key to future human happiness and success. This new edition features an introduction by renowned historian and philosopher of biology Michael Ruse, placing Huxley’s lecture in its original context while showing its even deeper relevance for our own time.

Michael Ruse is the Lucyle T. Werkmeister Professor of Philosophy at Florida State University. His many books include Darwinism and Its Discontents and Darwin and Design.