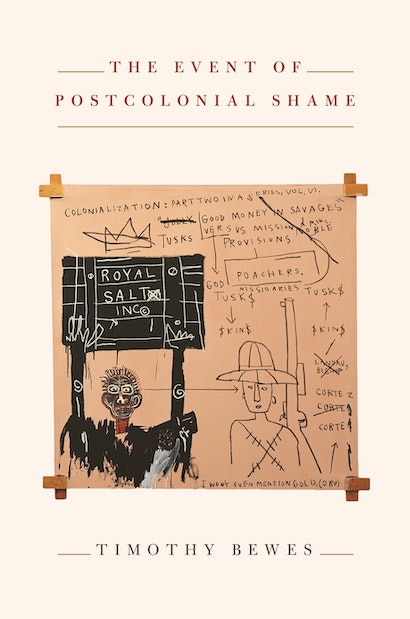 In a postcolonial world, where structures of power, hierarchy, and domination operate on a global scale, writers face an ethical and aesthetic dilemma: How to write without contributing to the inscription of inequality? How to process the colonial past without reverting to a pathology of self-disgust? Can literature ever be free of the shame of the postcolonial epoch — ever be truly postcolonial? As disparities of power seem only to be increasing, such questions are more urgent than ever. In this book, Timothy Bewes argues that shame is a dominant temperament in twentieth-century literature, and the key to understanding the ethics and aesthetics of the contemporary world.


Drawing on thinkers such as Jean-Paul Sartre, Frantz Fanon, Theodor Adorno, and Gilles Deleuze, Bewes argues that in literature there is an “event” of shame that brings together these ethical and aesthetic tensions. Reading works by J. M. Coetzee, Joseph Conrad, Nadine Gordimer, V. S. Naipaul, Caryl Phillips, Ngugi wa Thiong’o, and Zoë Wicomb, Bewes presents a startling theory: the practices of postcolonial literature depend upon and repeat the same structures of thought and perception that made colonialism possible in the first place. As long as those structures remain in place, literature and critical thinking will remain steeped in shame.


Offering a new mode of postcolonial reading, The Event of Postcolonial Shame demands a literature and a criticism that acknowledge their own ethical deficiency without seeking absolution from it.

Timothy Bewes is associate professor of English at Brown University. He is the author of Cynicism and Postmodernity and Reification, or the Anxiety of Late Capitalism.

"Bewes has established himself as a leading theorist of negative affect. . . . Bewes's account of the materialization of shame that is less communicative than affective, and thus potentially transformative, should interest readers across the humanities and social sciences."—Choice

"Whether one finds that Bewes's move to the structural level opens up new horizons for literary study or abstracts too decisively from historical situatedness will depend on one's theoretical inclinations. For readers of either proclivity, however, his intelligent and original book is likely to elicit a lively and engaged response."—Michael Rothberg, Project Muse

"Bewes book constitutes a welcome and original intervention in postcolonial theory, and the questions he asks go to the heart of the postcolonial dilemma. . . . These questions are crucial, and Bewes' vision of 'a writing freed from the shaming, subtractive consciousness of a being who writes' surely points us in the right direction."—Ursula Kluwick, Project Muse

"There is much to be said in praise of Bewes' achievement in this work. The theoretical structure he proposes is outlined with admirable clarity in its opening sections, in clear prose that should be a model for academic writing. Each chapter refines and embellishes this theoretical structure, building logically on the work of preceding chapters and towards those that follow. Each theoretical innovation is elucidated through a textual encounter, and in each case the result is a strikingly original reading of a canonical postcolonial novel. . . . What he provides us with here is nothing less than a groundbreaking new theory of the novel."—Tom Langley, Interventions

"Few books published recently in the field of postcolonial studies can rival the virtuosic brilliance of Timothy Bewes' The Event of Postcolonial Shame. Dense, challenging and thought-provoking, the work's dazzling erudition, which combines highly inventive readings of an impressive array of philosophers, writers, literary and cinematic texts, opens new critical inroads into the relation between ethics and aesthetics. . . . By framing and asking a set of fresh and inventive ones, Timothy Bewes challenges us with the task of creating a more rigorous intellectual engagement with the aesthetics and ethics of postcoloniality. The Event of Postcolonial Shame is a remarkable and stunning work of scholarship."—Raji Vallury, New Formations

"I am extraordinarily impressed by this book's forcefulness of argument and originality. This compelling book deserves to be read widely, not only by specialists conversant with postcolonial and critical theory, but also by committed readers who are interested in the postcolonial novel and the politics of writing after colonialism. It is a true pleasure to read."—Rebecca Walkowitz, Rutgers University

"This is an exceptional book. Bewes has written the theory of the contemporary novel that literary scholars have been craving, and he has written a work of literary criticism that explains why scholars across the disciplines ought to be reading contemporary fiction if they wish to understand the twentieth century."—John Marx, University of California, Davis

"In arguing that shame takes a material form in literature, this book is a breakthrough. Bewes provides a genuine analysis of the aesthetics and ethics of postcolonial writing and makes his case pointedly. For these reasons, this book will be of great interest to students and scholars of postcolonial theory, critical and literary theory, global Anglophone writing, and the ethics of the literary form."—Emily Apter, New York University