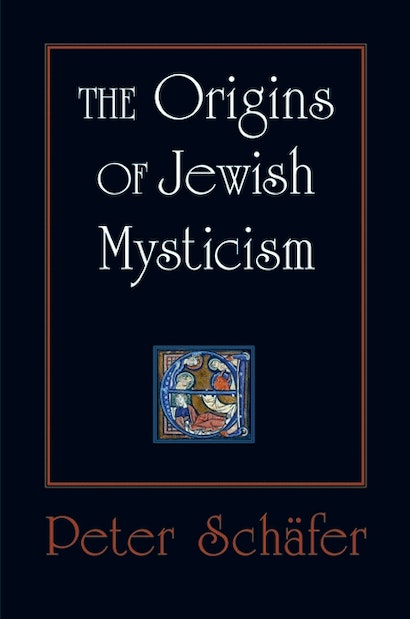 In this book, Peter Schäfer sheds new light on Ezekiel’s tantalizing vision, the apocalyptic literature of Enoch, the Dead Sea Scrolls, the writings of the Hellenistic Jewish philosopher Philo, the rabbinical writings of the Talmudic period, and the esotericism of the Merkavah mystics. Schäfer questions whether we can accurately speak of Jewish mysticism as a uniform, coherent phenomenon with origins in Judaism’s mythical past. Rather than imposing preconceived notions about “mysticism” on a great variety of writings that arose from different cultural, religious, and historical settings, he reveals what these writings seek to tell us about the age-old human desire to get close to and communicate with God.

Peter Schäfer is the Ronald O. Perelman Professor of Jewish Studies and professor of religion at Princeton University. His books include Jesus in the Talmud and Mirror of His Beauty: Feminine Images of God from the Bible to the Early Kabbalah (both Princeton). He received a Distinguished Achievement Award from the Andrew W. Mellon Foundation in 2007.

"The Origins of Jewish Mysticism is the culmination of a lifetime of scholarship by one of the most important figures in the field. Full of fresh and convincing interpretations, it is among the most significant works on Jewish mysticism to appear in decades."—Philip Alexander, University of Manchester

"With great acumen and ingenuity, Schäfer refutes the currently popular idea that there was an uninterrupted continuum from the earliest Jewish apocalypses and the Dead Sea Scrolls to the mystical Hekhalot literature of late antiquity. His book is a very sobering reminder that the origins of Jewish mysticism still remain by and large shrouded in darkness."—Pieter W. van der Horst, professor emeritus, Utrecht University