The definitive selection of Robert Burns's best poetry and prose, including some newly discovered verses 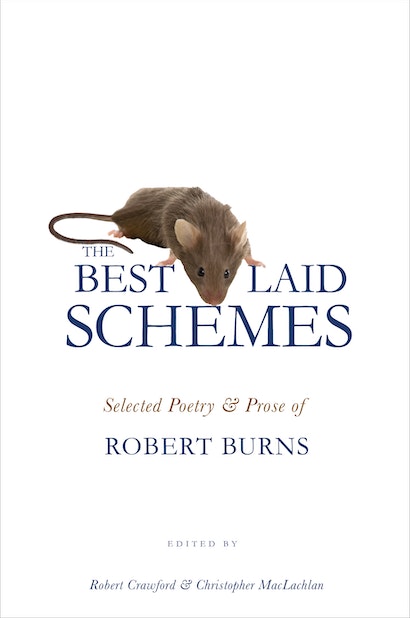 There are more statues of Robert Burns in the United States than there are of any American poet. Scotland’s favorite poet has been loved by generations of Americans—from Abraham Lincoln and Walt Whitman to Robert Frost, Maya Angelou, and Bob Dylan. Now this book makes Burns’s greatest poetry more accessible to American readers than ever before. This is the only comprehensive selection of his work that has discreet line-by-line marginal glossing of the Scots, archaic, and obscure words, allowing readers to understand and enjoy the poems without constantly having to turn to footnotes or a glossary. Newly edited from manuscripts and early printed texts, this definitive, wide-ranging collection also introduces some recently discovered verses—and it is the only edition to present a substantial selection of Burns’s important prose writings, including letters and key statements about his art. Edited and annotated by acclaimed Burns biographer Robert Crawford and textual expert Christopher MacLachlan, the book also includes a substantial introduction that puts the poet in biographical, historical, and cultural context.

The Best Laid Schemes demonstrates like no other collection why Burns is considered one of the world’s greatest poets of love and democracy—and why he continues to entertain, move, and intrigue readers two and a half centuries after his birth.

Robert Crawford is professor of modern Scottish literature at the University of St. Andrews. His many books include The Bard: Robert Burns, A Biography (Princeton). Christopher MacLachlan is senior lecturer in English at St. Andrews and the editor of Before Burns: Eighteenth-Century Scottish Poetry.

"[Robert] Crawford and Christopher MacLachlan have opportunely put together by far the most appealing and important selection of Burns's writing that has appeared to date. The Best Laid Schemes includes not only all the great poems, but also excerpts from letters and other prose writings that illuminate the poet's personality and art. The textual editing is meticulous, Crawford contributes a richly informative introduction, and marginal glosses elucidate any linguistic difficulties. It is beautifully produced, with an unpretentious elegance that Burns would have approved."—John Carey, New York Review of Books

"The Best Laid Schemes . . . is a collection of poetry and prose from Burns's pen that gives the reader far more than the fare to be found in the usual anthology. As well as perennial favourites, there are interesting rediscovered poems that have been ignored or missed by earlier editors. This is an attractively presented collection with a beautifully written introduction to the life and work of the poet. . . . [The editors] have done a great deal to reveal again the charm and complexity of one of the world's greatest ever poets of love."—Alexander McCall Smith, Telegraph

"This is an excellent, comprehensive, and authoritative selection of the writings of one of the world's major poets, and it is likely to become the standard edition for general readers and students."—Ian Duncan, University of California, Berkeley