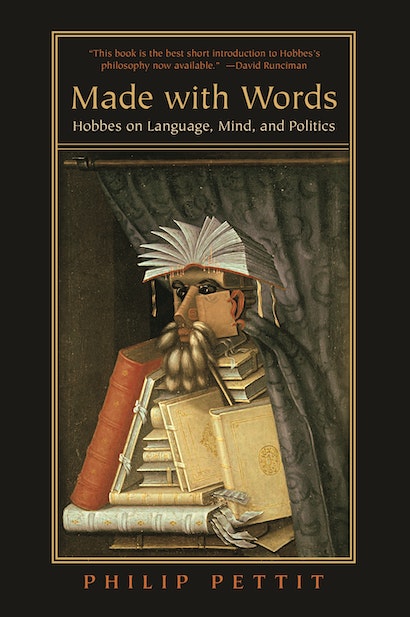 Hobbes’s extreme political views have commanded so much attention that they have eclipsed his work on language and mind, and on reasoning, personhood, and group formation. But this work is of immense interest in itself, as Philip Pettit shows in Made with Words, and it critically shapes Hobbes’s political philosophy.


Pettit argues that it was Hobbes, not later thinkers like Rousseau, who invented the invention of language thesis — the idea that language is a cultural innovation that transformed the human mind. The invention, in Hobbes’s story, is a double-edged sword. It enables human beings to reason, commit themselves as persons, and incorporate in groups. But it also allows them to agonize about the future and about their standing relative to one another; it takes them out of the Eden of animal silence and into a life of inescapable conflict — the state of nature. Still, if language leads into this wasteland, according to Hobbes, it can also lead out. It can enable people to establish a commonwealth where the words of law and morality have a common, enforceable sense, and where people can invoke the sanctions of an absolute sovereign to give their words to one another in credible commitment and contract.


Written by one of today’s leading philosophers, Made with Words is both an original reinterpretation and a clear and lively introduction to Hobbes’s thought.

Philip Pettit is the Laurance S. Rockefeller University Professor of Politics and Human Values at Princeton University. His books include The Common Mind, Republicanism, and Rules, Reasons, and Norms. A collection of papers on his work, Common Minds: Themes from the Philosophy of Philip Pettit, appeared in 1997. 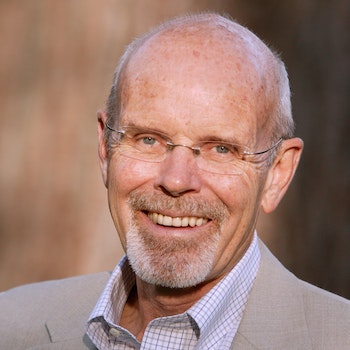 "This book is the best short introduction to Hobbes's philosophy now available, but it's more than that. It is a meditation on the ways in which language makes politics possible, and on the reasons why language makes politics so difficult. Pettit, one of the world's leading philosophers, brings a fresh eye to the work of one of the greatest philosophers who ever lived, and he opens it up to original insights and challenging new puzzles. Above all, he shows us why Hobbes's view of the human condition as made with words still matters."—David Runciman, author of, Political Hypocrisy

"It might seem, then, that little more can be said about Hobbes, but Pettit's oblique analysis of the language and reasoning sheds a very distinctive light on Hobbes's political insights, and genuinely adds new ideas to an oft-trampled field. Not only do we get a clearly organized and coherent explanation of the ideas, within a convincing framework as the ideas grow from language itself to the body politic, but we instantly know we're in the hands of a writer who really knows his Hobbes: the arguments move steadily and logically through, supported by (in the best sense) eclectic quotations from the original works (all in English, since some of them originally appeared in Latin)."—Stuart Hannabuss, Library Review

"In this brief, clearly written book, Pettit argues that Hobbes believes language is a human invention. With language comes the ability to imaginatively project oneself into the future, to reason, and to contract and coordinate with others. . . . Thus, Pettit maintains that Hobbes's state of nature is not and cannot be precultural, but is rather a condition in which people have culture and language but no government. An interesting implication of Pettit's view is that the common interpretation of Hobbes—that people's selfish untamed nature leads to social conflict—is mistaken: the invention of language and subsequent warping of people's desires are what ultimately cause conflict in the state of nature."—J. H. Spense, Adrian College, for, CHOICE

"Philip Pettit is pre-eminent among political philosophers for integrating the study of language, of human nature and of such things as the nature of rules an meaning. He has found a kindred spirit in Thomas Hobbes and has written an enjoyable and generous account of Hobbes' remarkably prescient explorations of similar themes. . . . Beautifully clear, consistently interesting."—Simon Blackburn, Times Higher Education

"Despite its brevity, this book is dense in its arguments, filled with trenchant phrases, and effective in its recreation of Hobbes' theory as grounded on the invention of language and thereby reason, the bright side of language."—Arlene W. Saxonhouse, European Legacy

"Mr. Pettit's brief, incisive study will arouse the attention of political philosophers as well as historians and linguists."—Arnd Bohm, Scriblerian

"By inserting Hobbes' philosophy of language into the heart of his theory of human nature and politics, Pettit has not only decisively closed the gap between two usually far too distinct scholarly domains, but he has also adverted to the major concern with language that preoccupied early-modern philosophers in general."—Hannah Dawson, Hobbes Studies

"Philip Pettit is a major figure in political theory and an important voice in philosophy in general. He has an astonishing range, and in this book he expands it still further. More than a mere introduction, Made with Words offers a coherent and well-argued picture of most of the main components of Hobbes's wide-ranging philosophy. It is for providing a sense of the sweep of Hobbes's philosophy as an integrated system that readers will be most indebted to Pettit. A book of bracing clarity and interest, it will help students to consider Hobbes carefully and it will encourage scholars to reconsider him."—Kinch Hoekstra, University of Oxford

"This is an elegant and persuasive account of Hobbes's philosophy in the whole, from one of our leading political philosophers. Because the writing is so clear and lively, and the scholarship worn with relative ease, it will appeal to a wide readership."—Duncan Ivison, University of Sydney