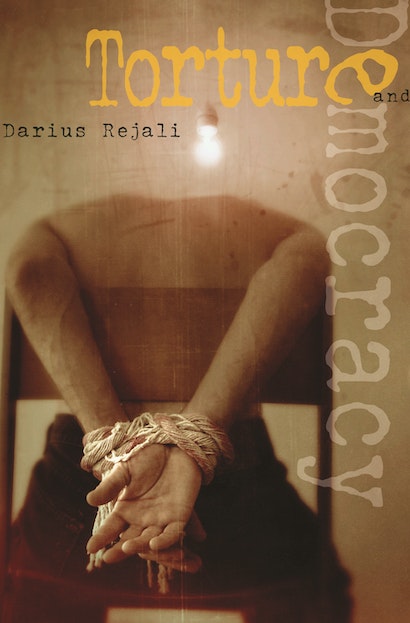 This is the most comprehensive, and most comprehensively chilling, study of modern torture yet written. Darius Rejali, one of the world’s leading experts on torture, takes the reader from the late nineteenth century to the aftermath of Abu Ghraib, from slavery and the electric chair to electrotorture in American inner cities, and from French and British colonial prison cells and the Spanish-American War to the fields of Vietnam, the wars of the Middle East, and the new democracies of Latin America and Europe.


As Rejali traces the development and application of one torture technique after another in these settings, he reaches startling conclusions. As the twentieth century progressed, he argues, democracies not only tortured, but set the international pace for torture. Dictatorships may have tortured more, and more indiscriminately, but the United States, Britain, and France pioneered and exported techniques that have become the lingua franca of modern torture: methods that leave no marks. Under the watchful eyes of reporters and human rights activists, low-level authorities in the world’s oldest democracies were the first to learn that to scar a victim was to advertise iniquity and invite scandal. Long before the CIA even existed, police and soldiers turned instead to “clean” techniques, such as torture by electricity, ice, water, noise, drugs, and stress positions. As democracy and human rights spread after World War II, so too did these methods.


Rejali makes this troubling case in fluid, arresting prose and on the basis of unprecedented research — conducted in multiple languages and on several continents — begun years before most of us had ever heard of Osama bin Laden or Abu Ghraib. The author of a major study of Iranian torture, Rejali also tackles the controversial question of whether torture really works, answering the new apologists for torture point by point. A brave and disturbing book, this is the benchmark against which all future studies of modern torture will be measured.

Darius Rejali is professor of political science at Reed College and an internationally recognized expert on modern torture. He is the author of Torture and Modernity: Self, Society, and State in Modern Iran. 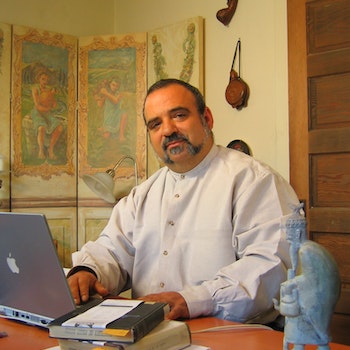 "Rejali's approach is to track the different behaviors, trends and traditions in torture throughout history to see who influenced whom and what they did...Rejali, a leading expert on government interrogation techniques, reaches key conclusions. First, monitoring by human rights groups doesn't stop torture, it simply causes torturers to resort to techniques that don't scar...Second, most contemporary torture traditions were passed on like crafts from teacher to apprentice...Third, Rejali writes, a person being tortured is likely to say whatever he thinks his captors want to hear, making it one of the poorest methods of gathering reliable information."—Laurel Maury, Los Angeles Times

"Torture and Democracy immediately lays claim to be the most compendious and the most rigorous treatment of the subject yet written. Saul Bellow used to say that we are constantly looking for the book it is necessary to read next. On torture, this is it...Torture and Democracy is the anatomy of sneaky. Rejali regales us with tales of every technique of torture known to man...Rejali's analysis of efficacy is exemplary: at once prudent and trenchant, historically alert and morally sentient."—Alex Danchev, Times Higher Education

"[A] magisterial study of torture and how it has developed as a social and moral issue with a focus on developments through the last century."—Scott Horton, Harper's Magazine

"An exhaustive study of...'clean tortures,' or tortures that leave no permanent scars. Electrotorture, water tortures, stress and duress positions, beating, noise, drugs and forced exercises all make an appearance. The book is a towering achievement, a serious work of social science on an urgent topic that is too frequently surrounded by assumption and myth. It should be read and disseminated widely...The book is devoted to exploding one myth in particular: that clean tortures can casually and reliably be traced to the ancients, or, failing that, to the Nazis. Rejali's provocative thesis is that most clean tortures were actually born in democracies, especially imperial Britain and France."—Michael O'Donnell, San Francisco Chronicle

"Torture and Democracy is a much-needed attempt to put our discussions on a firmer historical and conceptual footing while showing us the realities of what torture is and what it does. Based on a decade of research and approximately 2,000 sources in 14 languages, Torture and Democracy is really several books in one. It is a methodical history of what Rejali calls 'clean' or 'stealth' torture (torture that leaves no marks) in the 20th century; a sociological examination of torture's relationship to democracies; a psychological exploration of torture's impact on societies and individuals; a practical consideration of torture's effectiveness; a philosophical musing on the ethics of torture and interrogation in general; an exhaustive cataloguing of tortures used throughout the ages; and what Rejali calls 'a reliable sourcebook' for those who speak out against torture anywhere."—Michael McGregor, The Oregonian

"[Creates] what essentially amounts to an epidemiology of torture. Just as scientists were able to show how HIV traveled around the world by mapping the locatino and date of each outbreak of AIDS, Rejali similarly documents the global transmission of major torture techniquest by drawing up a chronology of their occurrence . . . Rejali's accomplishment—and it's a considerable one—is to lay out this vast amount of information to demonstrate patterns few had noticed before."—Brian Zabcik, American Lawyer

"Dozens of books about torture have been published over the last five years. But none compare to Torture and Democracy for its richly detailed comparative analysis, and its synthesis of historical, psychological, medical, forensic, sociological, and political information to explain what torture is, what it does to victims and perpetrators, and why and how it spreads. . . . Rejali has earned the right to speak authoritatively about the most important question of all: Does torture work? His answer, like his book, is profound, complex, and supported by a wealth of empirical detail."—Lisa Hajjar, Arab Studies Journal

"Torture and Democracy, the fruit of a lifetime's study should dispel much ignorance and frequently facile assumptions about the subject."—David Bentley, World Today

"Darius Rejali's Torture and Democracy, a decade in the making, will be the canonical source text for information on, and the historical confirmation of, the democratic pedigree of tortures that leave no mark."—Aziz Z. Huq., World Policy Journal

"Sprawling, essential. . . . A massive dictionary of the unspeakable."—Gary Bass, Dissent

"Rejali's consolidation of the available data on torture is certainly an admirable and relevant task. What is especially provocative and essential about Rejali's scholarship is that he forces readers to retreat from the minutiae of political debates surrounding torture and asks us to examine the larger contextual picture."—Shana Tabak, Democracy & Society

"This book is quite simply the most authoritative study of torture ever written. Twenty-five years of painstaking research in the making, it will serve the human rights movement for decades to come."—George Hunsinger, Theology Today

"The book suits well as an introduction to the topic of torture (techniques) throughout the world from the 20th century until today. . . . [T]he first two parts of the opus offer a vast amount of information on the historical and technical development of torture across many different states."—Daniela Kaschel, Journal of International Law of Peace and Armed Conflict

"Torture and Democracy by Darius Rejali is arguably the most impressive and most important book to be published on torture in the past few years. A monumental achievement of meticulous documentation, theoretical testing, and reasoned argumentation, it is certain to become the yardstick against which future research on torture will be measured. . . . It should be required reading for any scholar or student of torture, and more importantly, for every policy-maker and counter-terrorism practitioner considering whether torture could or should be used to deal with the current terrorist threat."—Richard Jackson, Critical Studies on Terrorism

"A brave and disturbing book, this is the benchmark against which all future studies of modern torture will be measured."—World Book Industry

"Darius Rejali has written a superb genealogy of modern torture. Meticulously researched and filled with surprising insights, Rejali's indictment derives its power from thoughtful analysis and deep historical grounding. It is the best book on the subject that I have encountered. No one should debate the merits of torture without having read it."—Kenneth Roth, executive director of Human Rights Watch

"Darius Rejali has given the world an extraordinary work of scholarship and personal passion that no one wants to hear about but that everyone must learn about. Torture and Democracy exposes the core issues facing every nation whose deepest values of human dignity are defiled by its state-sanctioned 'violence workers.' Beyond platitudes, this pioneering expert descends into the torture dungeons around the world to reveal the strategies and tactics secretly used to break human will to resist. A vital book for anyone wanting to understand the whys and hows of torture being practiced today by our own government."—Philip Zimbardo, author of The Lucifer Effect: Understanding How Good People Turn Evil

"Torture and Democracy brings the fact of torture straight home to democratic societies—societies that are the most reluctant to acknowledge the presence of torture in their midst. Darius Rejali's theme is the appeal of stealth forms of torture in democracies, but he also illuminates the culture of disinformation, self-deluding euphemisms, and outright mythology that accompanies these kinds of torture. Rejali's research has been truly formidable. He has read more widely in more disciplines than any analyst of torture that I know of."—Edward Peters, author of Torture

"This is a timely and extraordinarily important book, an unprecedented study of torture and its technologies, and of the relationship between torture and types of political systems. The research that went into this book is beyond impressive; it is thorough beyond belief. Torture and Democracy will become a reference for anyone who wants to understand torture. Darius Rejali is to be congratulated."—Martha Huggins, Tulane University

"Torture and Democracy is a provocative, state-of-the-art consideration of what Rejali calls 'stealth' or 'clean' torture. He makes a powerful case that democracies tend to be laboratories for these forms of torture and that one of the unintended consequences of democratization is that torture, rather than being eliminated, becomes harder to identify and document."—Austin Sarat, Amherst College