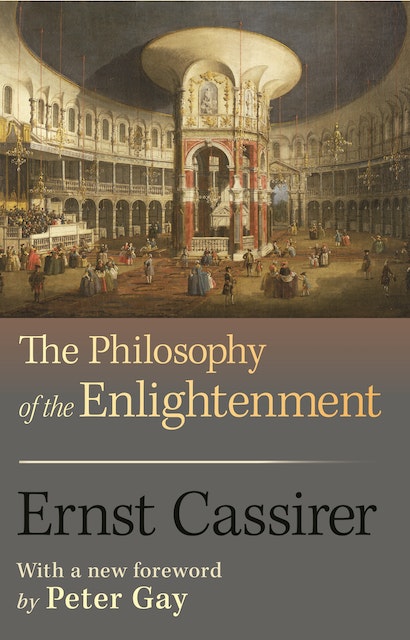 In this classic work of intellectual history, Ernst Cassirer provides both a cogent synthesis and a penetrating analysis of one of history’s greatest intellectual epochs: the Enlightenment. Arguing that there was a common foundation beneath the diverse strands of thought of this period, he shows how Enlightenment philosophers drew upon the ideas of the preceding centuries even while radically transforming them to fit the modern world. In Cassirer’s view, the Enlightenment liberated philosophy from the realm of pure thought and restored it to its true place as an active and creative force through which knowledge of the world is achieved.

Ernst Cassirer (1874-1945) was a German-Jewish philosopher who taught at several universities in Germany and the United States. He was the author of many books, including The Myth of the State, An Essay on Man, and Language and Myth.

"Ernst Cassirer's The Philosophy of the Enlightenment is not only a brilliantly original work of history, it is itself a work of philosophy by one of the twentieth century's most interesting thinkers. Despite all that has been written on the Enlightenment since it first appeared in 1932, it remains unsurpassed."—Anthony Pagden, University of California, Los Angeles

"This fine new re-edition of Ernst Cassirer's The Philosophy of the Enlightenment gives us two classics in one: Cassirer's own seminal statement of the evolution of eighteenth-century philosophy, and a concise and moving foreword by an intellectual sympathizer, Peter Gay, amongst the greatest historians of our time. Together the two men did more than virtually any other to define the Enlightenment for the twentieth century."—Darrin M. McMahon, Florida State University