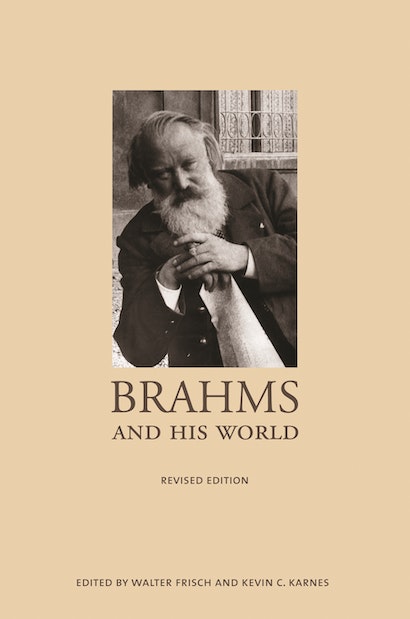 Since its first publication in 1990, Brahms and His World has become a key text for listeners, performers, and scholars interested in the life, work, and times of one of the nineteenth century’s most celebrated composers. In this substantially revised and enlarged edition, the editors remain close to the vision behind the original book while updating its contents to reflect new perspectives on Brahms that have developed over the past two decades. To this end, the original essays by leading experts are retained and revised, and supplemented by contributions from a new generation of Brahms scholars. Together, they consider such topics as Brahms’s relationship with Clara and Robert Schumann, his musical interactions with the “New German School” of Wagner and Liszt, his influence upon Arnold Schoenberg and other young composers, his approach to performing his own music, and his productive interactions with visual artists.


The essays are complemented by a new selection of criticism and analyses of Brahms’s works published by the composer’s contemporaries, documenting the ways in which Brahms’s music was understood by nineteenth- and early twentieth-century audiences in Europe and North America. A new selection of memoirs by Brahms’s friends, students, and early admirers provides intimate glimpses into the composer’s working methods and personality. And a catalog of the music, literature, and visual arts dedicated to Brahms documents the breadth of influence exerted by the composer upon his contemporaries.

Walter Frisch is the H. Harold Gumm/Harry and Albert von Tilzer Professor of Music at Columbia University. He is the author of Brahms: The Four Symphonies and Brahms and the Principle of Developing Variation. Kevin C. Karnes is assistant professor of music history at Emory University. He is the author of Music, Criticism, and the Challenge of History: Shaping Modern Musical Thought in Late Nineteenth-Century Vienna.

"Almost exactly twice as long as the original publication, this revised edition of Brahms and His World presents new perspectives on Brahms that have come to light over the past two decades. . . . A worthy replacement of its predecessor, this well-illustrated volume concludes with a catalog of books, compositions, and artworks dedicated to the composer through the end of the 19th century."—Choice