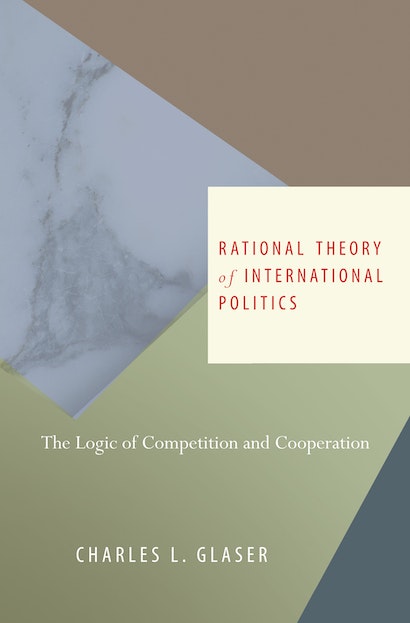 Within the realist school of international relations, a prevailing view holds that the anarchic structure of the international system invariably forces the great powers to seek security at one another’s expense, dooming even peaceful nations to an unrelenting struggle for power and dominance. Rational Theory of International Politics offers a more nuanced alternative to this view, one that provides answers to the most fundamental and pressing questions of international relations.


Why do states sometimes compete and wage war while at other times they cooperate and pursue peace? Does competition reflect pressures generated by the anarchic international system or rather states’ own expansionist goals? Are the United States and China on a collision course to war, or is continued coexistence possible? Is peace in the Middle East even feasible? Charles Glaser puts forward a major new theory of international politics that identifies three kinds of variables that influence a state’s strategy: the state’s motives, specifically whether it is motivated by security concerns or “greed”; material variables, which determine its military capabilities; and information variables, most importantly what the state knows about its adversary’s motives.

Rational Theory of International Politics demonstrates that variation in motives can be key to the choice of strategy; that the international environment sometimes favors cooperation over competition; and that information variables can be as important as material variables in determining the strategy a state should choose.

Charles L. Glaser is professor of political science and international affairs at George Washington University. He is the author of Analyzing Strategic Nuclear Policy (Princeton).

"This ambitious book offers a deductive theory of state security policies that builds on work by Kenneth Waltz, John Mearsheimer, and Alexander Wendt. Unlike Waltz and like Wendt, Glaser contends that the anarchic structure of the international system does not automatically lead to competitive policies; cooperation is possible if states properly assess their rivals' motives. . . . [T]his is an important work for serious students of security studies."—Choice

"Glaser should be commended for demonstrating how even realist assumptions can lead to cooperative and peaceful outcomes in international politics. The manner in which he reaches these conclusions is also praiseworthy, particularly his attention to detail. Glaser interrogates important realist concepts and lays bare their conceptual and methodological shortcomings, before correcting or adapting them appropriately. This makes Glaser's restatement of realism the most sophisticated yet."—Benjamin Martin, Political Studies Review

"Rational Theory of International Politics is an important book that should not be missed by those interested in IR. The book offers a comprehensive theory of rationalism which does much to forward the internal debates of the realist school. The analysis of material variables, where Glaser's mastery of the topic is evident, is the highlight of the book. Further, the extended analysis of information variables is a most welcome addition to a school that has largely ignored their importance."—Sophia Dingli, Millennium: Journal of International Studies

"Glaser offers a rich but economical explanation for how states would choose their national security strategies if they were rational. He challenges realism's prediction of a generally conflictual world while capturing those specific constellations of factors that do contribute to intense competition. A must-read for theorists of international conflict."—Barry R. Posen, Massachusetts Institute of Technology

"Glaser, in his usual penetrating and meticulous fashion, explains how states' leaders should behave if they have their wits about them. Impressively integrating and extending insights from his seminal articles, he anchors his rational theory in the security dilemma and the distinction between greedy and security-seeking states. Rationalists and realists of every kind will find their arguments sharpened by his analysis, and others will be gratified by the pristine clarity of his reasoning."—Jack Snyder, Columbia University

"Charles Glaser has one of the finest analytical minds on the planet and it is on full display in Rational Theory of International Politics, where he makes a sophisticated and sustained case for a more refined version of realism."—John J. Mearsheimer, University of Chicago

"Charles Glaser is one of the leading theorists of international relations today and this book presents the most comprehensive and persuasive statement of one of the main contending schools of thought. Glaser develops the realist tradition into a coherent though non-formal rationalist international relations theory that has much to offer scholars of world politics as well as aspiring practitioners."—Andrew H. Kydd, author of Trust and Mistrust in International Relations

"This is one of the most interesting books in security studies from the last ten years. Glaser takes on a huge, significant subject that scholars have been working on for decades. The theoretical analysis at the core of the book is nuanced, careful, and original."—Stephen G. Brooks, author of Producing Security: Multinational Corporations, Globalization, and the Changing Calculus of Conflict