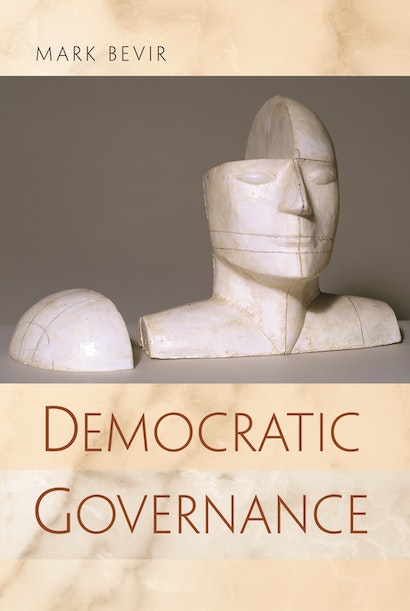 Democratic Governance examines the changing nature of the modern state and reveals the dangers these changes pose to democracy. Mark Bevir shows how new ideas about governance have gradually displaced old-style notions of government in Britain and around the world. Policymakers cling to outdated concepts of representative government while at the same time placing ever more faith in expertise, markets, and networks. Democracy exhibits blurred lines of accountability and declining legitimacy.


Bevir explores how new theories of governance undermined traditional government in the twentieth century. Politicians responded by erecting great bureaucracies, increasingly relying on policy expertise and abstract notions of citizenship and, more recently, on networks of quasi-governmental and private organizations to deliver services using market-oriented techniques. Today, the state is an unwieldy edifice of nineteenth-century government buttressed by a sprawling substructure devoted to the very different idea of governance — and democracy has suffered.


In Democratic Governance, Bevir takes a comprehensive look at governance and the history and thinking behind it. He provides in-depth case studies of constitutional reform, judicial reform, joined-up government, and police reform. He argues that the best hope for democratic renewal lies in more interpretive styles of expertise, dialogic forms of policymaking, and more diverse avenues for public participation.

Mark Bevir is professor of political science at the University of California, Berkeley. His books include Key Concepts in Governance and New Labour: A Critique.

"To my knowledge, Bevir is the first to systematically examine the ideas and practices of governance in a longer historical perspective. On this point the book is a much-needed correction to the popular delusion—propagated and sustained through the language of governance itself—that what is currently being broached under this label is all new."—Henrik Enroth, Governance

"Bevir . . . has made an important contribution to the redemption of modern social science—making a stand against the new institutionalism because of the belief that, in the end, it is people and not institutions that ultimately make and remake our world."—Susan Hodgett, Environment and Planning

"[T]his is a compelling, lucid and accessible account of the emergence of the new governance. It serves not only as a useful reference for students, but also as a stimulus for wider debate."—Rob Manwaring, Political Studies Review

"Democratic Governance is a highly original, broad-ranging, and ambitious book that makes distinctive contributions to democratic theory, the sociology of knowledge, and public policy. Its major contribution is to show how relatively abstract social theories have informed, down to the details, agendas of political, administrative, and policy reform."—Archon Fung, Harvard University

"This impressive book draws upon a wide range of literatures in political science, sociology, policy analysis, and public administration to raise—and attempt to answer—pressing questions about the undemocratic or even antidemocratic implications of emerging models of 'governance.' Bevir traces the appeal of this recently coined term of art to conservative and neoliberal dissatisfactions with government, whose supposed inefficiencies could be corrected by allegedly more efficient modes such as markets."—Terence Ball, Arizona State University