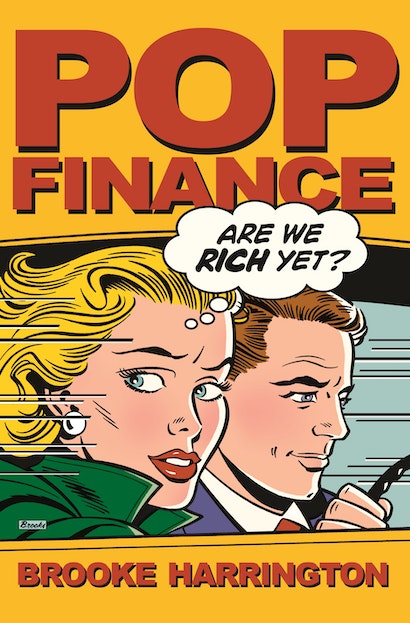 During the 1990s, the United States underwent a dramatic transformation: investing in stocks, once the province of a privileged elite, became a mass activity involving more than half of Americans. Pop Finance follows the trajectory of this new market populism via the rise of investment clubs, through which millions of people across the socioeconomic spectrum became investors for the first time. As sociologist Brooke Harrington shows, these new investors pour billions of dollars annually into the U.S. stock market and hold significant positions in some of the nation’s largest firms. Drawing upon Harrington’s long-term observation of investment clubs, along with in-depth interviews and extensive survey data, Pop Finance is the first book to examine the origins and impact of this mass engagement in investing.


One of Harrington’s most intriguing findings is that gender-based differences in investing can create a “diversity premium” — groups of men and women together are more profitable than single-sex groups. In examining the sources of this effect, she delves into the interpersonal dynamics that distinguish effective decision-making groups from their dysfunctional counterparts.


In addition, Harrington shows that most Americans approach investing not only to make a profit but also to make a statement. In effect, portfolios have become like consumer products, serving both utilitarian and social ends. This ties into the growth of socially responsible investing and shareholder activism — matters relevant not only to social scientists but also to corporate leaders, policymakers, and the millions of Americans planning for retirement.

Brooke Harrington is the Alexander von Humboldt Research Fellow at the Max Planck Institute for the Study of Societies. 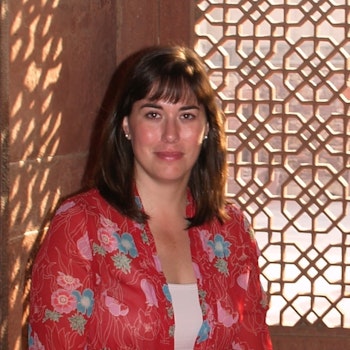 "Pop Finance has a great deal to offer many audiences, not just those interested in economic sociology, organizations, markets, and behavioral finance but also scholars who study groups, demography and diversity, social capital, decision making, gender, and identity. And researchers can gain some invaluable methodological insights into fieldwork and multimethod studies from Harrington's careful and creative scholarship. Like the stock market itself, Pop Finance has its ups and downs, but the returns from reading it are well worth the investment."—James Baron, Administrative Science Quarterly

"Brooke Harrington has penned a lively and timely book looking at the role played by investment clubs in the emergent investor populism. . . . The book contains a wealth of insights and would be a valuable addition to courses in economic and organizational sociology."—Jeffrey J. Sallaz, Contemporary Sociology

"Harrington has made a significant contribution to the field of behavioral finance."—R.R. Irons, Choice

"First up is Brook Harrington's Pop Finance, which takes a look at the phenomenal rise and membership of investment clubs, particularly in America. Divided into three strands, the investigation runs an eye over investment clubs in the context of the 'ownership society', the performance of such organisations and what it has meant to be involved in particular clubs since the 1990s, with sociological insight, anecdotal evidence and well thought-out analysis."—Paul O'Doherty, The Investor

"Pop Finance is a useful study of the social psychology of amateur participation in the stock market, and it contains a good deal of interesting material showing how social identities are the substrate that investment decisions and market action grow out of."—Kieran Healy, American Journal of Sociology

"Superb, remarkably timely, and an extraordinary contribution to several fields. A wonderful study of how groups do and don't work, and a unique examination of how people really think about investments. Prepare to be surprised! Harrington's book is a classic. It will have a major academic impact; it will also get, and deserve to get, a large general readership."—Cass R. Sunstein, Harvard University

"A brilliant idea here: to study investment clubs up close, to observe the transmission of ideas and values at an investor's social nexus. The book provides deep insights into the mind of the market."—Robert J. Shiller, author of Irrational Exuberance and Animal Spirits

"A fascinating study of group decision making in investment clubs. Harrington's insights on the role of gender make important contributions not only to behavioral finance but also to the value of diversity in organizations of all types."—Burton G. Malkiel, author of A Random Walk Down Wall Street

"Although investment clubs in the United States hold hundreds of billions in assets, they have been marginalized by students of the market. Brooke Harrington brings this important corner of the informal economy out of the shadows. Her extensive data and firsthand experience illuminate puzzles such as why mixed-gender clubs perform better than single-sex, how such clubs may contribute to 'socially responsible investing,' and how a close look at these informal decisions helps clarify the nature and limits of market rationality. A major—and elegantly written—contribution to the sociology and economics of markets."—Mark Granovetter, Stanford University

"This is an engaging book on an interesting and important topic. In examining investment clubs, Harrington contributes to our understanding of the growth of individual investors, which is significant in its own right, while contributing to the sociology of financial markets more generally."—David Stark, Columbia University

"This book constitutes the first major study of an important empirical phenomenon in the United States, namely investment clubs. Harrington skillfully introduces the insights of behavioral finance into economic and organizational sociology. She also pioneers the introduction of social psychology into economic sociology. Harrington adds substantively to the growing literature on amateur investors."—Richard Swedberg, coeditor of The Economic Sociology of Capitalism