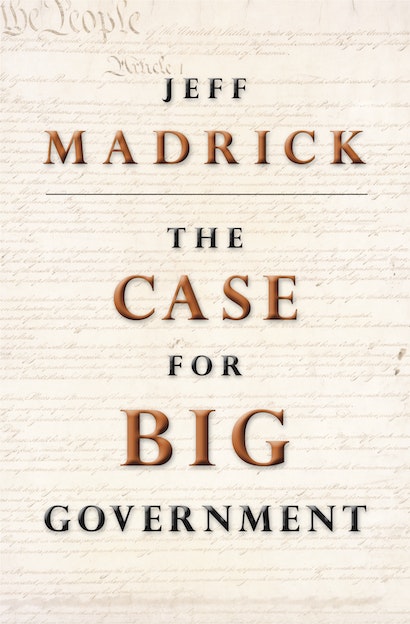 Political conservatives have long believed that the best government is a small government. But if this were true, noted economist Jeff Madrick argues, the nation would not be experiencing stagnant wages, rising health care costs, increasing unemployment, and concentrations of wealth for a narrow elite. In this perceptive and eye-opening book, Madrick proves that an engaged government — a big government of high taxes and wise regulations — is necessary for the social and economic answers that Americans desperately need in changing times. He shows that the big governments of past eras fostered greatness and prosperity, while weak, laissez-faire governments marked periods of corruption and exploitation. The Case for Big Government considers whether the government can adjust its current policies and set the country right.


Madrick explains why politics and economics should go hand in hand; why America benefits when the government actively nourishes economic growth; and why America must reject free market orthodoxy and adopt ambitious government-centered programs. He looks critically at today’s politicians — at Republicans seeking to revive nineteenth-century principles, and at Democrats who are abandoning the pioneering efforts of the Great Society. Madrick paints a devastating portrait of the nation’s declining social opportunities and how the economy has failed its workers. He looks critically at today’s politicians and demonstrates that the government must correct itself to address these serious issues.


A practical call to arms, The Case for Big Government asks for innovation, experimentation, and a willingness to fail. The book sets aside ideology and proposes bold steps to ensure the nation’s vitality.

Jeff Madrick is a regular contributor to the New York Review of Books and a former economics columnist for the New York Times. He is editor of Challenge magazine and senior fellow at the Roosevelt Institute and the New School's Schwartz Center for Economic Policy Analysis. 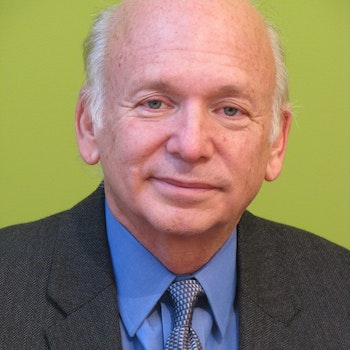 "The Case for Big Government comes at an auspicious time. With the global economy in crisis, experts of all stripes have supported government intervention. At the same time, Americans have elected Democrat Barak Obama, who has favored greater federal involvement, to lead the country. Author Jeff Madrick argues that government involvement in economic affairs is not only beneficial in times of crisis, but can also enhance long-term growth by giving incentives for industries and households to prosper."—Pedro Nicolaci da Costa, Reuters

"[Madrick's] book is a thoroughgoing defense of government's role in the economy, written with the broad perspective of an economic historian rather than a mere policy polemicist. Thus, a book that could have been a thudding discourse on the efficiency of the French medical system instead takes us on a bracing survey of government's role as a driver—not merely an enabler—of a growing, fair, economy."—Ezra Klein, The American Prospect

"If Obama's election to the presidency seems to be the realization of part of King's dream, we still are left with the question of what, exactly, Obama is going to do. Jeff Madrick thinks he knows exactly what we should do, and has a three page, bulleted list of spending suggestions in the back of his slender new book. Madrick is one of a select group of liberal economist—Robert Reich, Robert Kuttner, Paul Krugman, and UT's James Galbraith are perhaps the most prominent members of this fraternity—who until recently formed the Greek chorus of opposition to our country's economic policy drift. . . . If the case for big government isn't closed, here, it is, at least, vigorously opened."—Roger Gathman, Austin American-Statesman

"It is both Jeff Madrick's fortune and misfortune to have The Case for Big Government published in this climate. Madrick has for many years been a voice crying in the wilderness. His essays in the The New York Review of Books in particular have been acerbic and astute critiques of the absurd and glaring inequalities of modern American laissez-faire capitalism. Some of the current spending plans, as well as the ideological shift in Washington away from the dogmatisms of the past, are a vindication of much of what he has been championing for years."—Zachary Karabell, Truthdig.com

"Madrick leaves no room for doubt; government has often been and remains the answer. The Case for Big Government is a straightforward, historically based and engaging argument for the centrality of government as a real contributor to both prosperity and progress. His references are overwhelmingly American but the conclusions have resonance in most Western societies. . . . Demonstrating a commendable knowledge of the history of the American republic, he tests the myths of laissez-faire economic policy, which date from the election of Thomas Jefferson in 1800, and the influence of Adam Smith's The Wealth of Nations, as reflected in the guiding 'invisible hand'. Madrick finds the myths to be just that, unfounded in fact."—Stephen Loosley, The Australian

"Economist Madrick has written a powerful case for the US government to play a stronger role in society. . . . Madrick is especially strong in critiquing economic studies that support the antigovernment case. . . . Crystal clear and easily accessible to undergraduate students, this work is exceedingly timely but will be useful even after the current economic crisis has passed."—M. Perelman, Choice

"Jeff Madrick makes a convincing case for the active role of government in the growth of our modern economy and our shared prosperity. Contrary to the ideology that has dominated debate in recent times, he challenges us to think anew about the responsibilities that government should meet in today's competitive global economy. As Madrick makes clear, government at its best can bring progress and greater opportunity to all citizens in countless ways that private markets can't provide, and it can do so without impairing the indispensable role of those markets."—Senator Edward M. Kennedy

"Madrick presents a well-reasoned, empirically supported argument for undoing the damage that too many years of mindless government bashing have inflicted on our capacity to achieve important societal goals."—Congressman Barney Frank (D-MA)

"Jeff Madrick makes a lucid and compelling case for why growth and prosperity depend on an effective and active government. Read this book and then go tell market fundamentalists why they're so fundamentally wrong."—Robert B. Reich, University of California, Berkeley; and former U.S. secretary of labor

"Jeff Madrick calls the bluff of those who claim that larger government has to be bad for growth. He serves notice that we must now switch from such conventional mantras to reviewing the facts about modern government. The book's balanced review of American history makes it clear that 'productive government investment' is not a contradiction in terms."—Peter Lindert, University of California, Davis

"This timely book describes the stagnation of living standards in middle America and places an agenda for reform squarely within the American heritage."—Avner Offer, University of Oxford