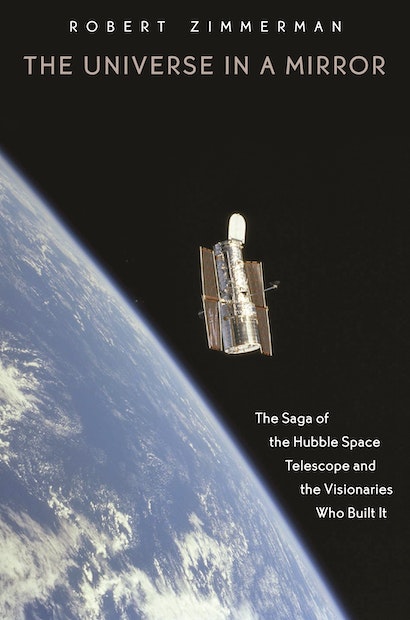 The Hubble Space Telescope has produced the most stunning images of the cosmos humanity has ever seen. It has transformed our understanding of the universe around us, revealing new information about its age and evolution, the life cycle of stars, and the very existence of black holes, among other startling discoveries. But it took an amazing amount of work and perseverance to get the first space telescope up and running. The Universe in a Mirror tells the story of this telescope and the visionaries responsible for its extraordinary accomplishments.


Robert Zimmerman takes readers behind the scenes of one of the most ambitious scientific instruments ever sent into space. After World War II, astronomer Lyman Spitzer and a handful of scientists waged a fifty-year struggle to build the first space telescope capable of seeing beyond Earth’s atmospheric veil. Zimmerman shows how many of the telescope’s advocates sacrificed careers and family to get it launched, and how others devoted their lives to Hubble only to have their hopes and reputations shattered when its mirror was found to be flawed. This is the story of an idea that would not die — and of the dauntless human spirit. Illustrated with striking color images, The Universe in a Mirror describes the heated battles between scientists and bureaucrats, the perseverance of astronauts to repair and maintain the telescope, and much more. Hubble, and the men and women behind it, opened a rare window onto the universe, dazzling humanity with sights never before seen.


This book tells their remarkable story. A new afterword updates the reader on the May 2009 Hubble service mission and looks to the future of astronomy, including the prospect of a new space telescope to replace Hubble.

Robert Zimmerman is an award-winning science writer and historian whose work has appeared in Natural History, the Wall Street Journal, and Astronomy, among other leading publications. His books include Leaving Earth: Space Stations, Rival Superpowers, and the Quest for Interplanetary Travel and Genesis: The Story of Apollo 8. 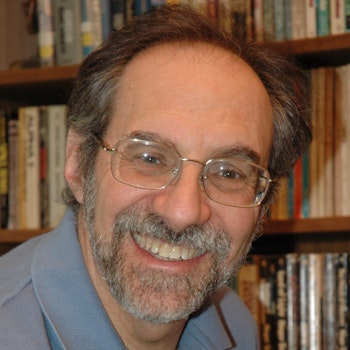 "The Universe in a Mirror . . . [is] a breezy behind-the-scenes account by Robert Zimmerman, a freelance writer and space historian. . . . Mr. Zimmerman has brought the story up to the present, and it's a great story."—Dennis Overbye, New York Times

"Zimmerman vividly describes the building of the telescope, the turf wars among bureaucrats, scientists and congressional staffers, and the trials and tribulations of the Hubble itself once it was launched. . . . [A] page-turner full of human drama."—Glenn Harlan Reynolds, Wall Street Journal

"The Hubble project's struggle not to be strangled by bureaucracy was conveyed last year in a stirring history, and cautionary tale, by Robert Zimmerman—The Universe in a Mirror: The Saga of the Hubble Space Telescope and the Visionaries Who Built It. Worth a read."—Daniel Henninger, Wall Street Journal

"A blow-by-blow account of how the Large Space Telescope, as it was originally called, got built—and a cracking good read it makes. . . . Zimmerman has written an engrossing account of a great story."—Michael Disney, American Scientist

"A fascinating inside look at how the great observatory came to be."—David Shiga, New Scientist

"The Universe in a Mirror is an epic biography of the Hubble telescope. But perhaps more poignant is the book's subtle reminder of all that will be lost in just a few years when Hubble falls from its orbit around Earth—and disintegrates."—Ashley Yeager, Science News

"A just-in-time book that provides the reader key details regarding the Hubble Space Telescope (HST)—and why servicing the eye-on-the-universe is so important. . . . Zimmerman has written an excellent book that details the rocky and twisted road that led to the creation of the HST—not only a technological marvel—but an on-orbit instrument that had to overcome a gravity well of politics and bureaucracy."—Space Coalition.com

"Space historian Robert Zimmerman's crisp and balanced account of Hubble (based on many oral interviews as well as documents) reminds us not only of Hubble's battle with adversity, but also of the many scientists and engineers who shepherded the project through good times and bad."—Laurence A. Marschall, Natural History Magazine

"Zimmerman, a science writer and historian of space exploration, brings back to life those long-forgotten scientists and engineers who engaged in a decades-long campaign to bring Hubble to the launch pad."—Tod R. Lauer, Physics World

"Although there are a number of recent books that discuss some of the history and science behind the Hubble Space Telescope (HST), there are no other current works that cover the history behind the HST so extensively. In The Universe in a Mirror, science writer and historian Zimmerman drew from some of the same sources that Smith (The Space Telescope) used, but he dug deeper by using manuscripts, publications, and interviews that other writers did not access. . . . Zimmerman did an excellent job conveying the personalities and the struggles of the people involved. The text of the book flows well, and it is a pretty easy read. Anyone with a basic interest in science would enjoy."—J.R. Kraus, Choice

"Mirror is entrancing. It successfully communicates that astronomy isn't just a career but something that people do because they're driven by love, passion, and curiosity. . . . If you love the Hubble, this book is a must-read."—Pamela L. Gay, Sky & Telescope

"The Universe in a Mirror . . . offers a history of the epoch-making telescope, as well as fascinating descriptions of its most enthralling discoveries."—Bill Gladstone, Canadian Jewish News

"It is essentially a popular history, and as that, a very successful work. It is highly readable and enthusiastic without being rhapsodic, and is written from a point of view that reveals a longstanding intimacy with all things Hubble Space Telescope."—Nasser Zakariya, Endeavor

"Robert Zimmerman not only offers more details about the Hubble soap operas that many of know but also provides information about the telescope's conception, design, construction, and launch that most of us don't know."—Civil Engineering

"Spectacular images of the cosmos from the Hubble Space Telescope have become so routine that it's easy to forget the astronomical community's despair in 1990, when NASA discovered that the main mirror was improperly shaped. In The Universe in a Mirror, Robert Zimmerman brings the visionaries behind this most remarkable of instruments vividly to life, taking us artfully through the decades—long minefield of lobbying, funding, design, construction, delay after the Challenger explosion and launch—and then through the Hubble's near-death experience as astronomers realized to their horror that its mirror was ground to the wrong shape. His meticulously researched but engaging prose makes it clear how remarkable an achievement the telescope actually was, and how easily it might not have happened at all."—Michael D. Lemonick, contributing writer to Time and lecturer at Princeton University

"For everyone who knows something of the story of the space telescope and its travails, this book provides a fascinating look behind the scenes. An excellent contribution to the history of technology."—Robert P. Kirshner, author of The Extravagant Universe

"Quite a story. I really liked this book."—John Huchra, Harvard University

"Zimmerman demonstrates the importance of vision, perseverance, politics, and good luck in getting this national telescope constructed, fixed, and operated. He also illustrates, somewhat poignantly at times, the human costs and disappointments that came up along the way."—J. Michael Shull, University of Colorado at Boulder