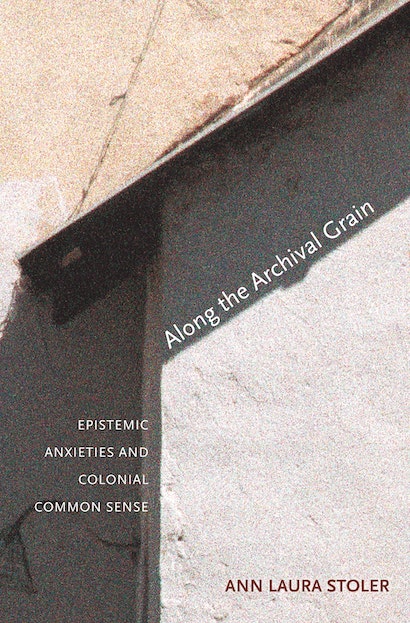 Along the Archival Grain offers a unique methodological and analytic opening to the affective registers of imperial governance and the political content of archival forms. In a series of nuanced mediations on the nature of colonial documents from the nineteenth-century Netherlands Indies, Ann Laura Stoler identifies the social epistemologies that guided perception and practice, revealing the problematic racial ontologies of that confused epistemic space.


Navigating familiar and extraordinary paths through the lettered lives of those who ruled, she seizes on moments when common sense failed and prevailing categories no longer seemed to work. She asks not what colonial agents knew, but what happened when what they thought they knew they found they did not. Rejecting the notion that archival labor be approached as an extractive enterprise, Stoler sets her sights on archival production as a consequential act of governance, as a field of force with violent effect, and not least as a vivid space to do ethnography.

Ann Laura Stoler is the Willy Brandt Distinguished University Professor of Anthropology and Historical Studies at the New School for Social Research. Her books include Carnal Knowledge and Imperial Power and Race and the Education of Desire. 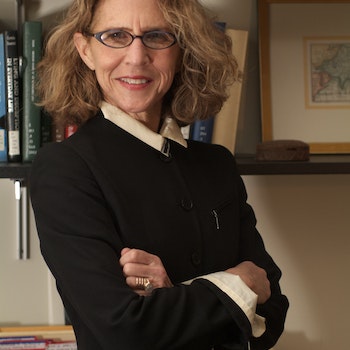 "[E]legance, energy, and perspicuity has long been a hallmark of Stoler's scholarship, but in this book, Stoler's aim is particularly true. . . . Along the Archival Grain is a call to arms from one of the most forceful practitioners of our discipline. The passions that haunt are of more than passing interest: they have done much to shape our contemporary world. In facing up to this reality, Ann Stoler has provided us with a new way of conceptualizing what students of the colonial can and should do."—Danilyn Rutherford, Journal of Colonialism and Colonial History

"Along the Archival Grain . . . sheds new light on the nature of the colonial state. . . . Stoler takes the lessons of colonial discourse analysis first opened by Edward Said to new heights. . . . Along the Archival Grain is also an indispensable and innovative ethnography of the colonial state that dismantles the state's epistemic power and self-representation."—Julian Go, Pacific Affairs

"This book has raised the benchmark for archival investigation and established a powerful model for new cultural geographies of colonialism that deserves to be read and debated by those beyond the fields of colonial studies and historical research methodology and theory."—Stephen Legg, Environment and Planning

"Stoler's historical examples are both fascinating and choice. . . . Scholars of Dutch colonialism will naturally need to read [this book], but its significance and appeal will matter to nearly everyone working in postcolonial studies and provide an important retort to those 'students of colonialism' (in Stoler's stern phrase) who treat the colonial as an unproblematic term or a given."—John Mcleod, Interventions

"As a significant contribution to the historiography of affect, this monograph will find places of honor in colleagues' bookcases, on research library shelves, and amid graduate seminar reading lists. Beyond the academy, thoughtful readers will find its insights valuable in considering personhood in the new digital age."—Elizabeth Bishop, Ab Imperio Quarterly

"A stunningly attractive book that reads like a great novel. Ann Laura Stoler provides a model of the new historiography rich in the historical, anthropological, and psychoanalytical insights demanded by the newly theorized subjects of history. Reading with the grain of the archive provides a way of realizing Walter Benjamin's injunction to read against the grain of history."—Hayden White, Stanford University

"Ann Stoler has read the reports of colonial administrators in the Dutch East Indies with a new eye. Instead of clear categories for rule, practical plans for control, and reasoned affirmation, these nineteenth-century documents are full of gaps, uncertainties, and wishful thinking about the future, especially in regard to people of mixed 'native' and European parentage. Stoler ends with a riveting account of plantation murders, where authorities can't agree on whom to blame. Her own sleuthing is superb."—Natalie Zemon Davis, author of Fiction in the Archives

"Archives are foundational for all historians, although they are rarely the objects of study. Ann Stoler has brilliantly succeeded in capturing the broader ethnographic and theoretical registers of the Dutch colonial archive in this long-awaited book. Offering an eloquent and probing reflection, Stoler discloses how the archive is the principal site of the contradictions and anxieties of empire, the repository of hidden and contested knowledge of and about the European colonizer."—Nicholas B. Dirks, Columbia University

"This is an ambitious and engaging work. Stoler lives and breathes these archives and it shows-her engagement is thorough and deep. She refuses to settle for even the most recent versions of conventional wisdom, and seeks to rethink accepted truths from the very colonial studies to which she herself has helped give shape."—Webb Keane, author of Christian Moderns: Freedom and Fetish in the Mission Encounter

"This is an original, ambitious, excellently researched, sensitive, and smart book. Stoler's longstanding, intensive scholarly engagement with these archives makes for an especially rich and nuanced understanding of the particular ontologies of Dutch colonial rule that emerge by reading closely 'along the archival grain.' Equally important, this engagement allows her to reflect powerfully on the nature and import of archival production more generally."—Patricia Spyer, Leiden University