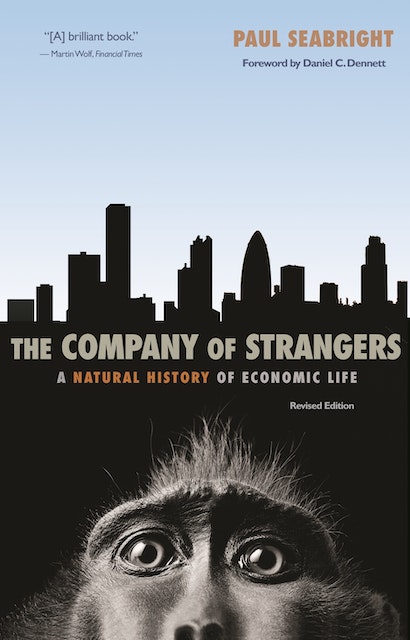 The Company of Strangers shows us the remarkable strangeness, and fragility, of our everyday lives. This completely revised and updated edition includes a new chapter analyzing how the rise and fall of social trust explain the unsustainable boom in the global economy over the past decade and the financial crisis that succeeded it.


Drawing on insights from biology, anthropology, history, psychology, and literature, Paul Seabright explores how our evolved ability of abstract reasoning has allowed institutions like money, markets, cities, and the banking system to provide the foundations of social trust that we need in our everyday lives. Even the simple acts of buying food and clothing depend on an astonishing web of interaction that spans the globe. How did humans develop the ability to trust total strangers with providing our most basic needs? 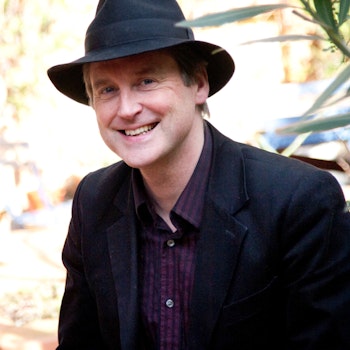 "The Company of Strangers is a model of how different disciplines can enrich each other to explain human progress."—George Peden, Times Literary Supplement

"Why is everyday life so strange? Because, explains Mr. Seabright, it is so much at odds with what would have seemed, as recently as 10,000 years ago, our evolutionary destiny."—Economist

"An important and timely book. . . . It starts in the mists of prehistory but ends emphatically in the here and now."—Giles Whittell, Times

"A welcome and important contribution. . . . The Company of Strangers exemplifies a new breed of economic analysis, seeking answers to fundamental questions wherever they are found and ignoring disciplinary boundaries. . . . [It] is highly readable and will be accessible to a wide audience."—Herbert Gintis, Nature

"There seems to be no place where Seabright is a stranger. He obviously feels as much at home among classical economists as among evolutionary biologists, quotes modern literature and ancient history with equal aplomb, jumps from experimental psychology to political philosophy and draws liberally on his personal memories of places from Ukraine to India. . . . [His] book is obviously not meant as an exercise in planned economy, but as an excursion, without blinkers and without apprehension, through a tumultuous crowd of ideas."—Karl Sigmund, American Scientist

"An entertaining, wide-ranging account about how the economy evolved in a way that allowed strangers, even potentially hostile strangers, to cooperate and even collaborate within market-based institutions. Seabright tells the story of how human beings, despite their genetic predisposition toward violent and even murderous behavior, have managed to produce a complex civilization through market-based institutions."—Choice

"We now depend on the efforts of many strangers for our lives. In these days of terror and conflict, Seabright's stunning exploration of this human social experiment is timely. . . . This is a book every concerned citizen should read, along with anybody in business who ever has to tangle with government regulations or the law, and who wants to understand why those relationships are so complex."—Diane Coyle, Strategy and Business

"In his absorbing book, Seabright . . . marvels at how easily we 'entrust our lives to the pilot of an aircraft, accept food from a stranger in a restaurant, enter a subway train packed full of our genetic rivals.' It's not often that an economist provides nuggets for cocktail party conversation."—Peter Young, Bloomberg News

"Few economists are so sweeping in their ideas as Seabright, and few so anxious to make us look freshly at the world. . . . In The Company of Strangers, Seabright has produced one of those books that lie low, speak quietly, but work a change on the reader."—Robert Fulford, National Post

"Paul Seabright contends that the Neolithic revolution, which saw the beginning of farming, changed not only the environment but also human nature. Settling down to tend fields promoted societies based on trust. Today, he says, all our economic institutions rely on trust. . . . [I]t is a provocative read."—Maggie McDonald, New Scientist

"Human civilisation is the result of a magnificent collaborative effort, the unwitting by-product of countless individuals working together. . . . Drawing on history, biology, literature, anthropology and economics, his argument is subtle and compelling."—Guardian

"So what does it take to become truly global? In a nutshell, it means learning how to live in The Company of Strangers. In [this] illuminating book . . . Paul Seabright, himself an economist, brings together insights from history, biology and sociology to explain the concept of modern civilization."—Korea Herald

"No one, economist or civilian, could turn the pages of this book without spotting, time and again, some unexpected and arresting idea that really wants to be thought about. Paul Seabright takes the evolutionary point of view seriously and asks how human institutions make social life possible at all, especially when the many people on whom we depend for our subsistence are strangers. From biology to banking, it is a lively landscape."—Robert M. Solow, Institute Professor Emeritus, Department of Economics, Massachusetts Institute of Technology, and Nobel Laureate in Economic Sciences

"For too long, economists have been talking only to each other. Paul Seabright's achievement is to locate economics firmly in the mainstream of modern intellectual life, and to do so with style and verve."—John Kay, author of The Truth about Markets, columnist for the Financial Times

"The Company of Strangers is a gem—an undiluted delight to read. It addresses some of the most central problems of social science with compelling arguments, lightly worn rigor and erudition, and utterly jargon-free language. Seabright has an amazing eye for the telling detail, whether drawn from fiction, biology, social science or current news. I can think of no better introduction to the problem of social order-how is it possible?"—Jon Elster, Robert K. Merton Professor of Social Science, Columbia University, author of Alchemies of the Mind and Ulysses and the Sirens

"The division of labor among strangers is humankind's most momentous invention, on which all modern society depends. Yet since Adam Smith pointed this out in 1776, the question of how such relations between strangers are possible has continued to puzzle us. Now Paul Seabright deepens, adjusts, and extends the idea in the light of what we now know from psychology, genetics, and economics about human motives. Drawing on an extraordinary breadth of study, he explains how, unique among species, we found ourselves with a nature that equipped us to build this division of labor and so come to treat strangers as honorary friends."—Matt Ridley, author of Nature Via Nurture and The Origins of Virtue

"Fascinating. If you really want to understand who we are today, and how we make a living, read The Company of Strangers to learn how, some 200, 500, even 140,000 years ago, we grew and evolved—in rather amazing ways."—Shlomo Maital, author of Executive Economics: Ten Essential Tools for Managers