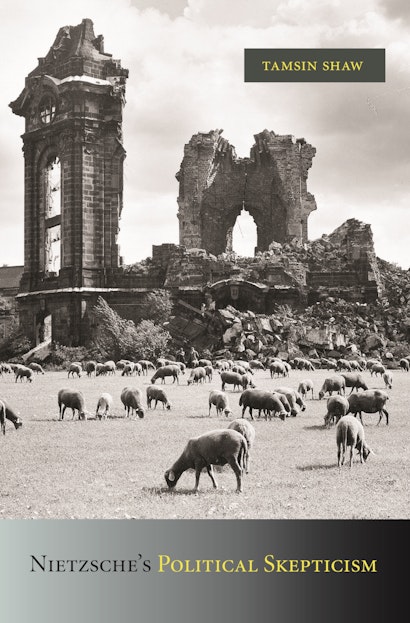 Political theorists have long been frustrated by Nietzsche’s work. Although he develops profound critiques of morality, culture, and religion, it is very difficult to spell out the precise political implications of his insights. He himself never did so in any systematic way. In this book, Tamsin Shaw claims that there is a reason for this: Nietzsche’s insights entail a distinctive form of political skepticism.


Shaw argues that the modern political predicament, for Nietzsche, is shaped by two important historical phenomena. The first is secularization, or the erosion of religious belief, and the fragmentation of moral life that it entails. The second is the unparalleled ideological power of the modern state. The promotion of Nietzsche’s own values, Shaw insists, requires resistance to state ideology. But Nietzsche cannot envisage how these values might themselves provide a stable basis for political authority; this is because secular societies, lacking recognized normative expertise, also lack a reliable mechanism for making moral insight politically effective.


In grappling with this predicament, Shaw claims, Nietzsche raises profound questions about political legitimacy and political authority in the modern world.

Tamsin Shaw is assistant professor of politics at Princeton University.

"Shaw has written a very clear and easily intelligible book addressing one main question: given Nietzsche¹s distrust of the authority of the state, what alternative source of normative authority does he offer?"—C.A. Colmo, Choice

"Shaw's book is well written and well argued and Nietzsche scholars and social and political theorists would benefit from his insights."—Richard Findler, European Legacy

"A very fine piece of research and argument. This book reads Nietzsche against the grain, since it challenges both a fair bit of what Nietzsche explicitly says about his own beliefs as well as the interpretations that these pronouncements have inspired. But it does so successfully, for Shaw questions those pronouncements in the name of what is probably Nietzsche's strongest drive—his relentless truth-seeking."—Bernard Yack, Brandeis University

"Tamsin Shaw offers us a notable contribution to our understanding of Nietzsche as a political thinker. It has become standard to think that Nietzsche lacked a serious (or at least an interesting) political philosophy. That conventional wisdom encourages the treatment of his many comments about politics and culture as digressions from his central philosophical concerns. This book is the most compelling challenge to date against that conventional wisdom."—R. Lanier Anderson, Stanford University