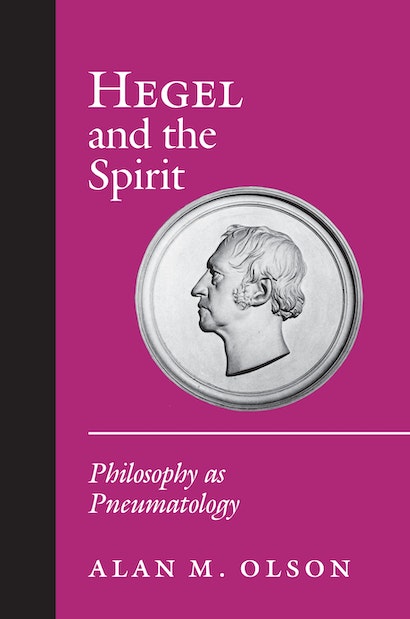 Hegel and the Spirit explores the meaning of Hegel’s grand philosophical category, the category of Geist, by way of what Alan Olson terms a pneumatological thesis. Hegel’s philosophy of spirit, according to Olson, is a speculative pneumatology that completes what Adolf von Harnack once called the “orphan doctrine” in Christian theology — the doctrine of the Holy Spirit. Olson argues that Hegel’s development of philosophy as pneumatology originates out of a deep appreciation of Luther’s dialectical understanding of Spirit and that Hegel’s doctrine of Spirit is thus deeply interfused with the values of Würtemberg Pietism. Olson further maintains that Hegel’s Enzyklopdie is the post-Enlightenment philosophical equivalent of a Trinitätslehre and that his Rechtsphilosophie is an ecclesiology. Thus Hegel and the Spirit demonstrates the truth of Karl Barth’s observation that Hegel is the potential Aquinas of Protestantism. Exploring Hegel’s philosophy of spirit in historical, cultural, and personal religious context, the book identifies Hegel’s relationship with Hölderlin and his response to Hölderlin’s madness as key elements in the philosopher’s religious and philosophical development, especially with respect to the meaning of transcendence and dialectic.

"In this well-written and handsomely printed volume the author claims that Hegel's philosophy should be considered a speculative pneumatology. He backs up this claim by arguing both for the religious rootage of Hegel's philosophy of spirit and for a major influence on that philosophy by the German poet Hölderlin."—International Journal for Philosophy of Religion

"This work abounds in brilliant insights, and the author demonstrates remarkable erudition in such varied subjects as Lutheran and medieval Christian theology, pietism, and the thought, life, and fate of Hegel's close friend, Hölderlin. . . . Rarely if ever has an author adduced so much relevant material in support of the conclusion that Spirit is Hegel's ultimate category. This work will be of interest to students of theology, literature and contemporary philosophy, as well as to Hegel specialists."—Emil Fackenheim, University of Toronto and Hebrew University of Jerusalem