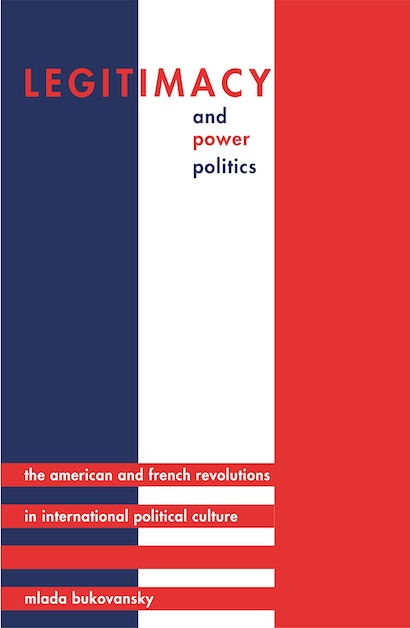 This book examines the causes and consequences of a major transformation in both domestic and international politics: the shift from dynastically legitimated monarchical sovereignty to popularly legitimated national sovereignty. It analyzes the impact of Enlightenment discourse on politics in eighteenth-century Europe and the United States, showing how that discourse facilitated new authority struggles in Old Regime Europe, shaped the American and French Revolutions, and influenced the relationships between the revolutionary regimes and the international system.


The interaction between traditional and democratic ideas of legitimacy transformed the international system by the early nineteenth century, when people began to take for granted the desirability of equality, individual rights, and restraint of power. Using an interpretive, historically sensitive approach to international relations, the author considers the complex interplay between elite discourses about political legitimacy and strategic power struggles within and among states. She shows how culture, power, and interests interacted to produce a crucial yet poorly understood case of international change.


The book not only shows the limits of liberal and realist theories of international relations, but also demonstrates how aspects of these theories can be integrated with insights derived from a constructivist perspective that takes culture and legitimacy seriously. The author finds that cultural contests over the terms of political legitimacy constitute one of the central mechanisms by which the character of sovereignty is transformed in the international system — a conclusion as true today as it was in the eighteenth century.

Mlada Bukovansky is Assistant Professor of Government at Smith College.

"Bukovansky's volume is a most interesting analysis of the topic. . . . [I]t is a valuable addition to the bookshelves of those interested in the dynamics of politics (and who isn't?)."—Lora Sigler, European Legacy

"Mlada Bukovansky has written a powerful study, arguing a bold and compelling theory with clarity and confidence."—Joyce Appleby, University of California, Los Angeles

"Legitimacy and Power Politics makes an important and original set of arguments that speak directly to some of the most central debates in international relations theory."—Martha Finnemore, George Washington University