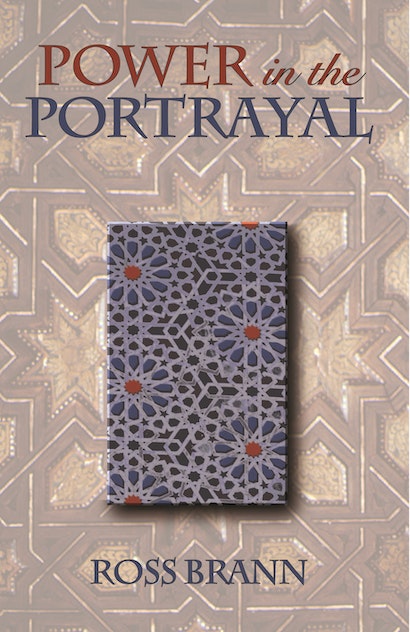 Power in the Portrayal unveils a fresh and vital perspective on power relations in eleventh- and twelfth-century Muslim Spain as reflected in historical and literary texts of the period. Employing the methods of the new historical literary study in looking at a range of texts, Ross Brann reveals the paradoxical relations between the Andalusi Muslim and Jewish elites in an era when long periods of tolerance and respect were punctuated by outbreaks of tension and hostility.


The examined Arabic texts reveal a fragmented perception of the Jew in eleventh-century al-Andalus. They depict seemingly contradictory figures at whose poles are an intelligent, skilled, and noble Jew deserving of homage and a vile, stupid, and fiendish enemy of God and Islam. For their part, the Hebrew and Judeo-Arabic texts display a deep-seated reluctance to portray Muslims in any light at all. Brann cogently demonstrates that these representations of Jews and Muslims — each of which is concerned with issues of sovereignty and the exercise of power — reflect the shifting, fluctuating, and ambivalent relations between elite members of two of the ethno-religious communities of al-Andalus.


Brann’s accessible prose is enriched by his splendid translations; the original texts are also included. This book is the first to study the construction of social meaning in Andalusi Arabic, Judeo-Arabic, and Hebrew literary texts and historical chronicles. The novel approach illuminates nuances of respect, disinterest, contempt, and hatred reflected in the relationship between Muslims and Jews in medieval Spain.

Ross Brann is the Milton R. Konvitz Professor of Judeo-Islamic Studies and the Chair of Near-Eastern Studies at Cornell University. His books include The Compunctious Poet, recipient of the 1992 National Jewish Book Award in Sephardic Studies. He wrote Power in the Portrayal with the support of the Guggenheim Foundation.

"A substantial contribution to our knowledge of inter-faith and inter-cultural relations. . . . Few authors could achieve what [Brann] has done in such an economical [way]."—Cynthia Robinson, Near Eastern Studies

"A substantial and methodologically innovative contribution to our knowledge of inter-faith and inter-cultural relations, both in al-Andalus and in the medieval world at large. . . . Few authors could achieve what [Brann] has achieved and broaden the scope of a field of inquiry to the extent that he has done in such an economical [fashion]."—Cynthia Robinson, The Medieval Review

"Brann's book is elegantly written, scholarly in drawing on previous studies, yet original in its insights. The author makes his case that medieval Jews and Muslims in al-Andalus admired, scorned, deplored, and were envious of each other in varying measure and that each group's representation of the Other teaches us less about that other than about itself."—Consuelo López-Morillas, Speculum

"This book is a significant contribution to the field. Its new approaches and new interpretations yield extremely interesting and convincing results. With good writing and good translations, Brann deftly guides the reader, even the nonspecialist reader, through the argument."—Mark Cohen, Princeton University, author of Under the Crescent Cross

"Power in the Portrayal makes a groundbreaking contribution both to Jewish studies and to Islamic studies. Impressively up-to-date on the relevant scholarship in several languages, Brann boldly blends social history and literary study to illuminate texts and figures both Jewish and Muslim. Undoubtedly the most significant of these is the large-scale and sustained re-reading of controversies surrounding Samuel ha-Nagid. We now possess, virtually for the first time, a grounded and contextualized understanding of this leading Jewish personality of Muslim Spain."—Steven M. Wasserstrom, Reed College, author of Religion after Religion and Between Muslim and Jew