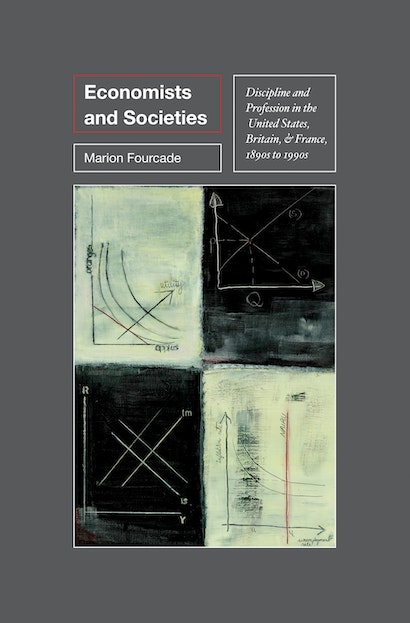 Economists and Societies is the first book to systematically compare the profession of economics in the United States, Britain, and France, and to explain why economics, far from being a uniform science, differs in important ways among these three countries. Drawing on in-depth interviews with economists, institutional analysis, and a wealth of scholarly evidence, Marion Fourcade traces the history of economics in each country from the late nineteenth century to the present, demonstrating how each political, cultural, and institutional context gave rise to a distinct professional and disciplinary configuration. She argues that because the substance of political life varied from country to country, people’s experience and understanding of the economy, and their political and intellectual battles over it, crystallized in different ways — through scientific and mercantile professionalism in the United States, public-minded elitism in Britain, and statist divisions in France. Fourcade moves past old debates about the relationship between culture and institutions in the production of expert knowledge to show that scientific and practical claims over the economy in these three societies arose from different elites with different intellectual orientations, institutional entanglements, and social purposes.


Much more than a history of the economics profession, Economists and Societies is a revealing exploration of American, French, and British society and culture as seen through the lens of their respective economic institutions and the distinctive character of their economic experts.

Marion Fourcade is associate professor of sociology at the University of California, Berkeley. 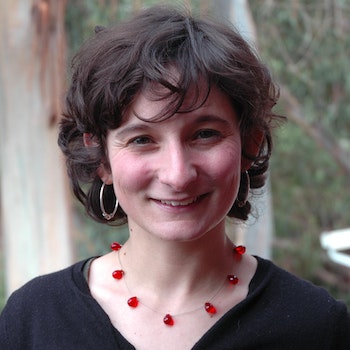 "[O]ne of my favorite history of economic thought books, period. It skips textual exegesis and looks at what the economics profession actually did. . . . Definitely recommended.""—Tyler Cowen, Marginal Revolution

"Fourcade has produced a remarkable book. . . . Her 52-page bibliography should be evidence enough of the remarkable effort that went into this book."—M. Perelman, Choice

"In-depth and well-informed comparative analyses of cross-country differences in the practice and conceptualization of economics are few in number; hence, Fourcade's book is a welcome and valuable addition to the literature. Certainly it is an impressive product for a young scholar."—Bruce E. Kaufman, Comparative Labor Law & Policy Journal

"[T]his excellent book is a major contribution to the literatures on the professions, sociology of knowledge, economic and political sociology, and comparative political economy insofar as it offers a penetrating look into the relationship between ideas and institutions."—Andrew Roberts, American Journal of Sociology

"Fourcade's detailed argumentation, and her use of a clear and direct language far removed from what economists like to trivialize as 'sociologisms,' makes this work an important one for both economists and historians of economics. Historians of the social sciences, and of science more generally, will find this work to be invaluable in their own attempts to contextualize post-World War II scientific practice. I note, finally, the excellent typography and production values exhibited in this work. Princeton University Press has done very well by both the author and the reader."—E. Roy Weintraub, Business History Review

"This book looks like a creative synthesis of much of the best sociology currently available in the States. . . . It is also an invitation to fellow sociologists to further this line of inquiry looking once again at their discipline and profession with the same scholarship, empirical evidence, and intellectual sophistication."—Marco Santoro, Sociologica

"[A] splendid volume which breaks new ground methodologically and is a major contribution to the history and sociology of western economics."—Roger Middleton, Economic History Review

"One cannot but be impressed with the richness of the material it covers and the deep immersion of the author in the secondary literature. . . . Her case for the significance of national cultures in economics is more than a valuable complement to the Americanization narrative; it invites us to look closer at the historical conditions that made possible the process that this narrative is supposed to describe."—Philippe Fontaine, Constitutional Political Economy

"[T]his is a masterful book. Fourcade exhibits an extraordinary understanding of the relevant material—it is an extraordinary achievement. Personally, I would say that Fourcade exhibits a much better understanding of the technical aspects of modern economic theory than most of the sociology-based research on the economics profession. . . . She also writes with a simple clarity that will allow the book to be appreciated by a wide range of readers."—D. Wade Hands, Journal of Economic Methodology

"Economists and Societies is an eye-opener for economists. A study of the sociological reasons why economists do what they do, it shows that economics in the United States, Britain, and France has very different orientations. Fourcade demonstrates irrefutably that economists are as much influenced by where they are located as by their supposed adherence to 'scientific method.' This is a revolutionary book."—George A. Akerlof, Nobel Prize-winning economist

"A masterpiece. Fourcade shows a deep understanding of the institutional differences between Britain, France, and the United States, and demonstrates how they have produced differences in the forms that professional economics has taken. She explores uncharted territory and sketches a novel theory of how economics took such different courses in these three countries. This is a remarkable, stunning book."—Frank Dobbin, Harvard University

"This book is a remarkable study of how, in an age when economics has become an international discipline, cultural differences between three societies have influenced the way the discipline has developed. It would be hard to read this wide-ranging book and not learn much about how economics developed in the twentieth century."—Roger E. Backhouse, author of The Ordinary Business of Life

"A wide-ranging historical survey of the origins, institutionalization, and transformation of the discipline and profession of economics. Fourcade poses the very important question as to why we do not have a single 'market' for economic ideas in the world. Few books succeed so well at showing the great number of historical and institutional contingencies that shape the production and consumption of scientific knowledge."—Mauro F. Guillén, coauthor of Building a Global Bank

"Why does modern economics look the way it does? An economist would say it was a reflection of the generic economy. Fourcade instead asserts that it has everything to do with the institutional structures of its national incubators. Her indispensable book elevates the story of economics to a new level of sophistication."—Philip Mirowski, author of Machine Dreams

"Many economists and other scholars still believe economics to be homogenous, and Fourcade dispels this wrong belief. Economists and Societies contributes to the literature on professions and scientific knowledge by demonstrating the importance of various structural and institutional arrangements in determining the nature of scientific knowledge."—Yuval Yonay, University of Haifa