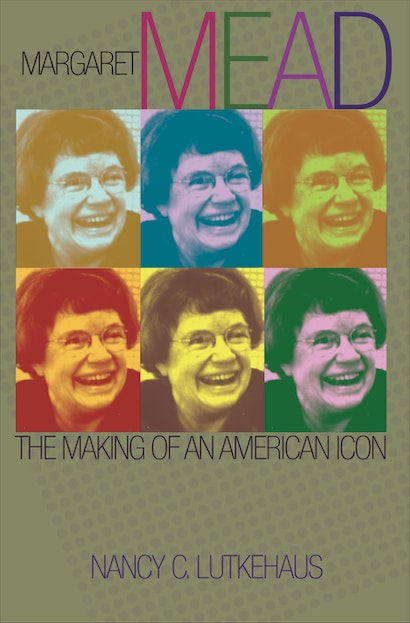 “Never doubt that a small group of thoughtful, committed citizens can change the world.” — Margaret Mead


This quotation — found on posters and bumper stickers, and adopted as the motto for hundreds of organizations worldwide — speaks to the global influence and legacy of the American anthropologist Margaret Mead (1901-78). In this insightful and revealing book, Nancy Lutkehaus explains how and why Mead became the best-known anthropologist and female public intellectual in twentieth-century America.


Using photographs, films, television appearances, and materials from newspapers, magazines, and scholarly journals, Lutkehaus explores the ways in which Mead became an American cultural heroine. Identifying four key images associated with her — the New Woman, the Anthropologist/Adventurer, the Scientist, and the Public Intellectual — Lutkehaus examines the various meanings that different segments of American society assigned to Mead throughout her lengthy career as a public figure. The author shows that Mead came to represent a new set of values and ideas — about women, non-Western peoples, culture, and America’s role in the twentieth century — that have significantly transformed society and become generally accepted today. Lutkehaus also considers why there has been no other anthropologist since Mead to become as famous.

Margaret Mead is an engaging look at how one woman’s life and accomplishments resonated with the issues that shaped American society and changed her into a celebrity and cultural icon.

Nancy C. Lutkehaus is professor of anthropology at the University of Southern California and a fellow at the Getty Research Institute. She is the author of Zaria's Fire: Engendered Moments in Manam Ethnography. While a student, she worked for several years as an assistant to Margaret Mead at the American Museum of Natural History, and, like Mead, she has done ethnographic research in Papua New Guinea. 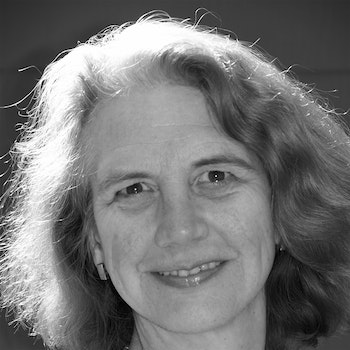 "Lutkehaus provides a fair and fascinating account of her multifaceted subject, making this as intriguing and thought-provoking a biography as one could wish for."—Guy Cook, Times Higher Education

"Lutkehaus effectively and perceptively examines Mead's impact (both subtle and overt) on anthropology and American popular culture from the 1928 publication of her first book, Coming of Age in Samoa, to the present day. With its fresh approach, this work is a valuable addition to the body of literature on Mead. Highly recommended for anthropology and popular culture collections in academic and large public libraries."—Elizabeth Salt, Library Journal

"For those interested in the history of science, the nature of celebrity and fame, and the roles of women in anthropology, Lutkehaus's volume is a welcome and important addition to our understanding of the place of professions and noteworthy professionals in American society and culture."—Nancy J. Parezo, American Historical Review

"Lutkehaus's engagingly written study of the iconic status of Margaret Mead in America is indispensable for thinking about the relationship between public intellectual academics and broader cultural trends."—Neil Mclaughlin, Contexts

"This book is perfectly focused, richly researched, filled with incidents and evidence and insightful interviews, and written as a story that certainly held this reader. It is a treasure, full of history and insights. . . . I think Mead would have liked this solidly researched and convincingly interpreted book, and I think she deserved it. I think she would think that she chose well when she chose Lutkehaus as her assistant half a century ago."—Dorothy K. Billings, Current Anthropology

"In this wonderfully illustrated book, Lutkehaus . . . carries off the narrative and the analysis of Mead's 'iconicity' with learning, clarity, and panache."—Howard Brick, Museum Anthropology Review

"This meticulously researched book makes a significant contribution to the history of twentieth century American liberal thought and public opinion. . . . The book is a great read, entertaining as well as informative. It makes skilful and pointed use of photographs, advertisements, illustrations and cartoons to amplify its subject."—Penelope Schoeffel Meleisea, Pacific Affairs

"This is an absorbing, expertly researched, and much-needed treatment of Margaret Mead. It is the definitive book about Mead's fame and her complicities in creating it."—George E. Marcus, University of California, Irvine

"Engaging and illuminating, this book shows how Margaret Mead deftly worked with different media forms, and how her celebrity evolved with transformations in popular media. Margaret Mead renders the anthropologist's life with new meaning and insight, and helps us to understand why Mead emerged as a cultural figure and icon."—Faye Ginsburg, New York University