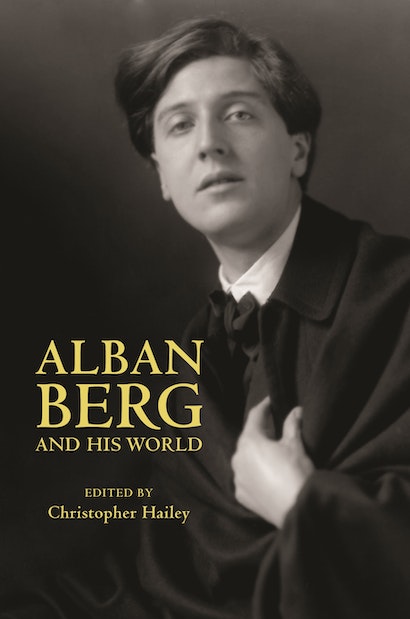 Alban Berg and His World is a collection of essays and source material that repositions Berg as the pivotal figure of Viennese musical modernism. His allegiance to the austere rigor of Arnold Schoenberg’s musical revolution was balanced by a lifelong devotion to the warm sensuousness of Viennese musical tradition and a love of lyric utterance, the emotional intensity of opera, and the expressive nuance of late-Romantic tonal practice.


The essays in this collection explore the specific qualities of Berg’s brand of musical modernism, and present newly translated letters and documents that illuminate his relationship to the politics and culture of his era. Of particular significance are the first translations of Berg’s newly discovered stage work Night (Nocturne), Hermann Watznauer’s intimate account of Berg’s early years, and the famous memorial issue of the music periodical 23. Contributors consider Berg’s fascination with palindromes and mirror images and their relationship to notions of time and identity; the Viennese roots of his distinctive orchestral style; his links to such Viennese contemporaries as Alexander Zemlinsky, Franz Schreker, and Erich Wolfgang Korngold; and his attempts to maneuver through the perilous shoals of gender, race, and fascist politics.

Berg and His World

"Hailey's introductory chapter is remarkable for the amount of evocative and trenchant detail he has managed to offer in a small space; it may well be the best writing about this milieu since Carl Schorske's Fin-de-Siecle Vienna thirty years ago. . . . It is an unexpected delight that a real portrait emerges in this volume."—William R. Braun, Opera News

"[This collection] should be welcomed . . . as one of the most important and perceptive books on Berg to appear for many years."—Nicholas Baragwanath, Music and Letters

"These translations alone make this a valuable contribution to our understanding of Berg the man as well as to Berg the composer."—Contemporary Review